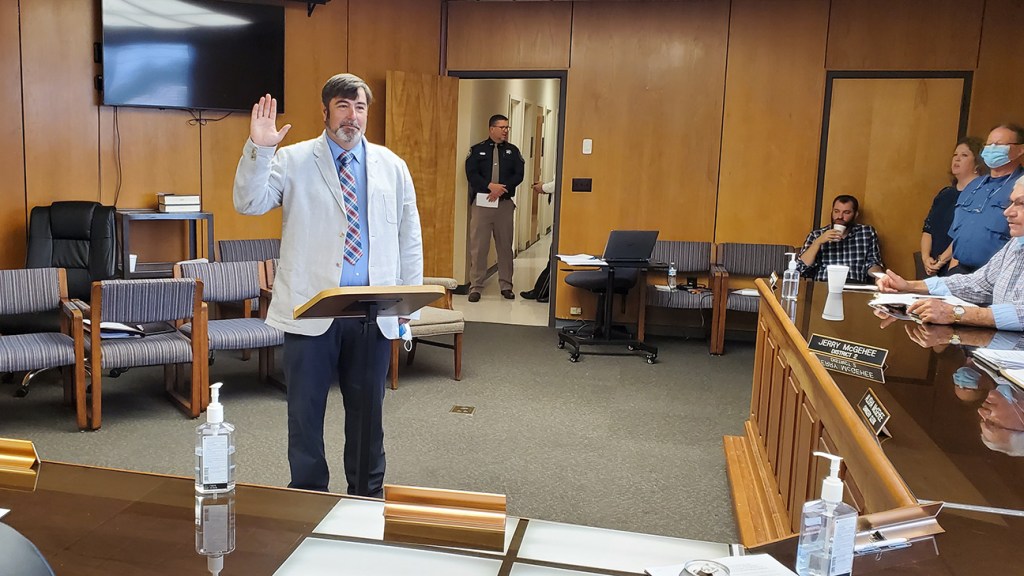 The new Lincoln County Emergency Management director was sworn in Monday at the regular meeting of the county’s Board of Supervisors.

Chris Reid stood before the board with hand raised and read his oath to serve faithfully and diligently in the office.

“I’ve been in the volunteer fire service since 1996 and I have helped Clifford Galey with emergency management for a large portion of that time, especially dealing with the Department of Health,” Reid said. “I’ve pretty much always been involved in emergency services.”

Reid is working alongside Galey until the former director leaves and Reid takes over completely on July 1.

“Emergency services as a whole is a calling and I know you can’t do this job without the help of law enforcement, fire departments, EMS and the city and county. It takes everyone working together to make this work,” Reid said. “I just want to serve the citizens of Lincoln County and the citizens of Brookhaven.”