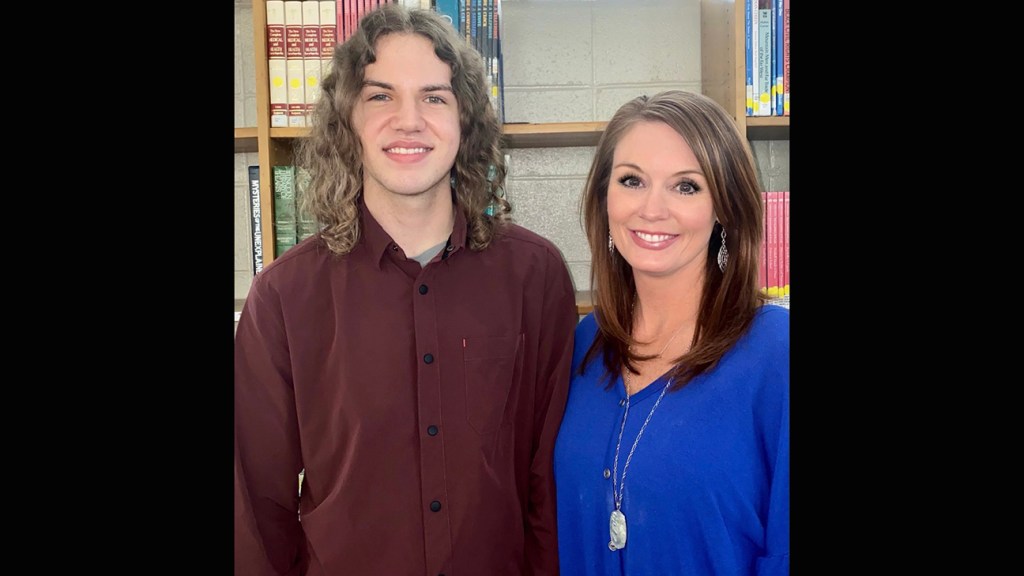 That’s why he wants to be a mental health counselor after pursuing a degree in psychology at the University of Southern Mississippi.

Wells will have a good start there, having been named the West Lincoln 2021 Star Student.

The Star award is based upon a student’s ACT college preparedness test score. Wells’ was a 29 out of a possible 36, placing him in the top 91st percentile nationally. The score indicates Wells did a significantly above-average job of answering the English, math, reading and science sections of the exam.

A Senior Beta Club and student council member, Wells is also a Mississippi Scholar. He is the son of Elizabeth Wells and Billie Wells of Smithdale.

Wells encourages every student taking the ACT not to give up if they don’t get the score they want at first — keep trying. He took the test four times.

“Your first time will not be the last time,” he said. “It is not the end of the world if someone does not make a high score the first time. It takes practice to improve your score. You are not limited to anything, ever.”

“Not only is Jenna Wall the best teacher I have ever had, she is also an amazing friend who has helped me through many challenges,” Wells said. “I would like to wish her the best in her future endeavors.”

Wall, a former Star student in 1999, has taught science courses at West Lincoln for 11 years — physics, anatomy and physiology, microbiology, genetics, chemistry and physical science. Prior to her time as a Bear, Wall was a Yellow Jacket, having taught two years at Bogue Chitto — Biology I and II and anatomy and physiology.

As a four-time Star teacher — the others were 2012, 2014 and 2019 — Wall believes she was chosen because she challenges and listens to her students.

“I try to challenge my students and prepare them for college, but I also have an open door policy,” Wall said. “I want them to feel like they can come to me with any problems, whether it’s school, home or work-related. Sometimes they need advice from an adult — one they can trust to listen without fussing or judgment. I hope I’ve been that to Jeremy and others.”

Wall encourages students who are preparing for the ACT not to let anxiety get the best of them.

“If you don’t know an answer, try to eliminate any that you know are wrong, instead of just blindly guessing,” she said.

“This year’s seniors have been in my classes since they started their sophomore year in 2018. They’ve been with me through the worst three years of my life,” Wall said.

Wells has been one of her biggest supporters and encouragers, she said.

“He definitely has a quirky, unique sense of humor,” the teacher said of her student and friend, “but he’s also quick to offer encouragement to others.”