‘If you’ll let God do it, He’ll do it’ — Mother reflects on her journey 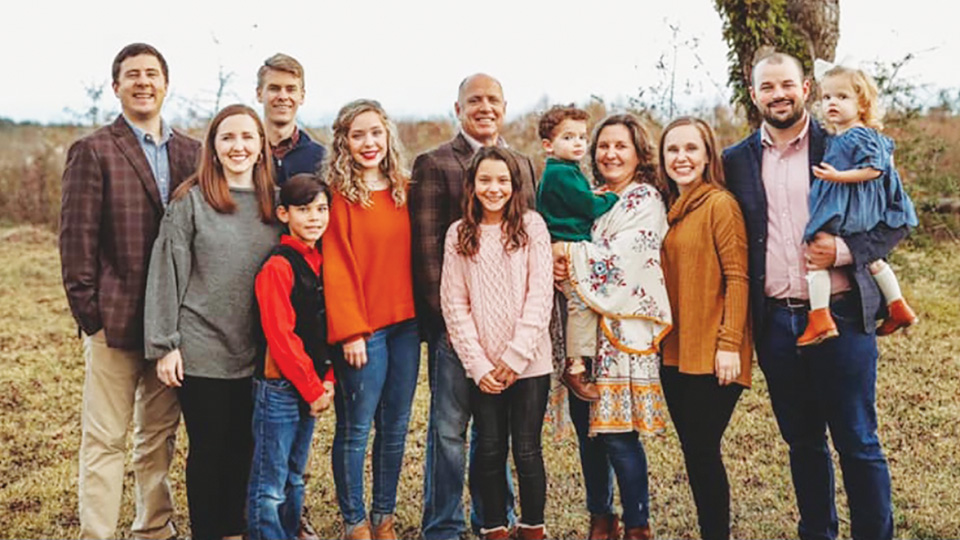 Deedee Henning loves to talk about her children — all six of them.

She and husband Paul are Lincoln County natives who started expanding their family 29 years ago with the birth of their eldest daughter. It was not an easy beginning, however. Deedee suffered two miscarriages — one prior to her first successful pregnancy and one afterward — and was told by her obstetrician that she may need to be resolved to only having one child rather than the several for which she had hoped. As a sister to four brothers, she loved large families.

“Our hearts were kind of pricked at that point for adoption,” Henning said.

So once her medical issues were identified, addressed and resolved, Henning said their family grew with no more problems — adding two sons and another daughter to the mix. Still, the idea of adoption was never really gone from their minds.

Then her husband began to feel a calling from God into ministry, expecting it to be fulfilled behind the pulpit as pastor of a church.

“But we realized it was really a call to fostering,” Henning said.

The couple knew they had been blessed with good children and blessed financially. So they went through the proper channels to become certified as a foster family. Their first placement came with some distinct parameters set by Henning. The biggest concern she had was that she did not want a pre-teen boy who would be the same age as her youngest daughter at the time. So the first children they fostered were two boys about that age, and the sister to one of the boys.

Giving the children up at the end of the fostering period was not easy, but the Hennings told themselves that maybe their family was exactly what those children needed in their lives at that time.

And they began to talk again about the possibility of adoption somewhere down the road. But not then — they needed a break and had a lot of things on their agenda that had to get done first.

Just a month or two later, as they were planning their oldest daughter’s wedding, Henning said they were asked to foster another couple of children, just a Thursday-to-Tuesday placement, until their grandmother could pick them up and assume their care. Paul didn’t think it was a good idea right then, but Henning agreed to meet with the social worker at Wendy’s to discuss the possibility.

“And she had the children with her,” Henning said. “That was so not fair.”

She couldn’t say no to a temporary placement after having seen the brother and sister, ages 4 and 5, respectively. So she said yes and took them home.

That weekend turned into five years of fostering — a lot of factors played in to it all, Henning said — and then adoption came up again. The Hennings adopted Maddie and Jeremiah on April 17, 2019.

“After a while it felt like they were our family,” Henning said of the fostering process for the siblings. “They were calling us Mommy and Daddy, and we love them.”

Maddie was the eldest sibling and still acts like one, said Henning, relating very well to the family’s firstborn daughter, who is 29, married and has three children of her own. The youngest biological daughter, who’s now 19, helped lead the transition as Maddie and Jeremiah came into the family. Of the brothers, now 26 and 23, the younger one still lives at home, too, so the Henning house has never turned into an empty nest.

Henning said it’s true that it takes a village to raise a child and she is so thankful for her village of family and friends. She’s also grateful for the lessons they all have learned along the way.

“If we didn’t learn anything else, what we have taught our children is the ability to say, ‘Yes,’” Henning said. “They saw us say ‘yes’ to some hard things and things that look hard.”

Their family is also their ministry, and they wouldn’t have it any other way.