Allen and Thames are BHS’s 2021 Stars 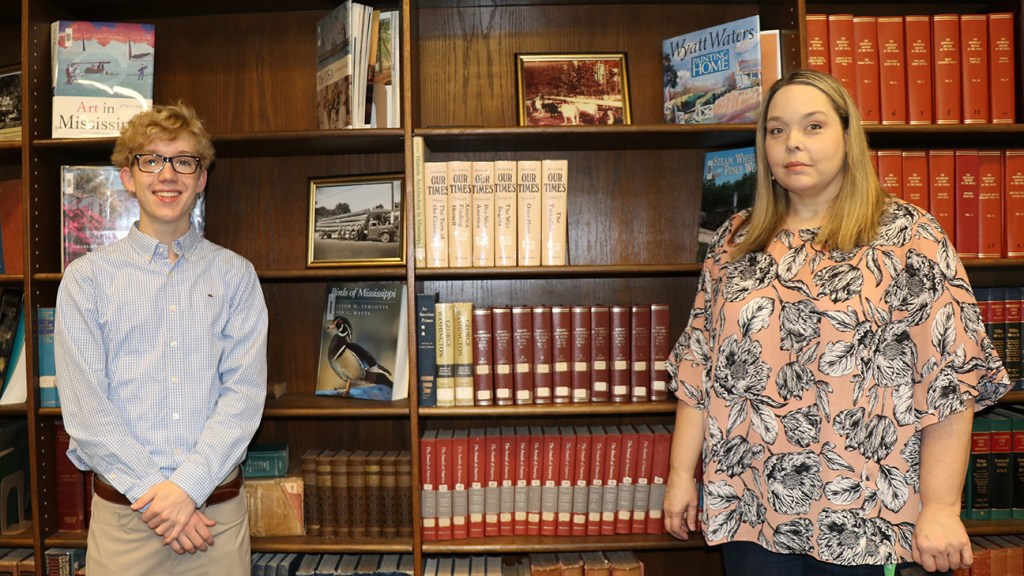 Allen has taken the ACT four times — once in seventh grade and three more times in high school. His highest score was a 32.

The son of Will and Jenny Allen of Brookhaven, Allen has played tennis for BHS since seventh grade. He has also been part of the student council and a dancer and drummer for the homecoming production each year of high school.

He plans to pursue a career in graphic design, attending Samford University in the fall as part of University Fellows, the school’s honors program. Allen has earned multiple awards at Brookhaven High, including Mississippi Scholars, BHS Academic Hall of Fame, Most Intellectual and All-A Honor Roll, as well as awards in world literature, English, chemistry and world history.

Susan Thames is Allen’s choice for Star teacher. He picked her because of the impact she’s had on him in and outside of school, he said.

“She was such an understanding teacher and helped me out immensely in my classes with her,” Allen said. “She also made the things she taught entertaining.”

But the biggest role she played for Allen was in presenting a positive example of how to be a mature and growing person.

“She helped teach me respect, humility and how to make the best out of difficult situations,” he said. “Mrs. Thames has constantly been such a positive force in my life, and she was the first person that came to my mind when I was asked to choose a Star teacher.”

This is the seventh time Thames has been chosen as Star teacher, with the first time in 2004. She has taught 27 years, and came to Brookhaven from Hattiesburg High School. Thames teaches chemistry, physics and advanced placement physics, and has taught biology and physical science classes, as well.

“Sam is the type of student that makes my profession so rewarding — curious, caring, intelligent and interested in the well-being of society and his fellow students,” Thames said. “I have no doubt that he will make a positive impact on society in the future.”

The science teacher said she hopes she was chosen by Allen because she has made a positive impact on him.

“It is a blessing of my profession that I get to play a small part in the journey of many students,” she said. “I try to make my part as positive as I can.”

Preparation for the ACT is key for students hoping to get a good score, Allen said.

“Don’t just go in and take it for the sake of taking the test,” he said. “Make sure you know what to look for and what you need to focus on. Go to sleep early and make sure you have everything you need for the test.”

Students should remember that they are not expected to know the answer to every question on the college prep test, Thames said.

“Budget your time wisely to spend the most time on the questions that you know the most about and have the highest chance of getting correct,” she said. “And remember, your worth is not represented by any test score.”

Students also should not expect to get their best score the first time, Allen said.

“The ACT isn’t a one-time opportunity. The vast majority of people don’t get their best score on the first try,” Allen said. “Do the best you can and use it as a learning experience for the next time you take it.”