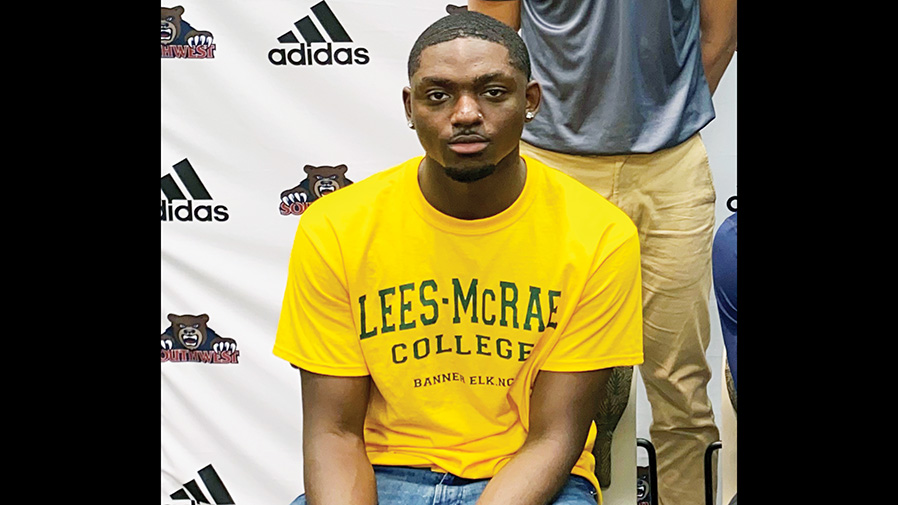 Bogan has played the last two years at Southwest Mississippi Community College in Summit. A 6-foot-3 guard, last season he averaged 3.9 points per game coming off the bench for the Bears.

His season high was 10 points scored against Meridian. As a senior at BHS, Bogan was The Daily Leader All Area Most Valuable Player when he averaged 21.8 points, 6.1 rebounds, 1.7 and 1.6 assists per game.

Lees-McRae sits just south of the Virginia state line and is 118 miles northwest of Charlotte.

The Bobcats play at the NCAA Division II level and are members of Conference Carolinas.

In a shortened season, the school finished 6-6 last season for coach Steve Hardin. Hardin’s teams are known for playing an up-tempo pace that has them among the leaders in point per game at the Division II level.

In a release by Southwest announcing the signing, Bogan said he picked the Bobcats because “it’s in a good location and it gives me a great chance to continue my academic and athletic career.”