McCullough headed to Meridian for tennis 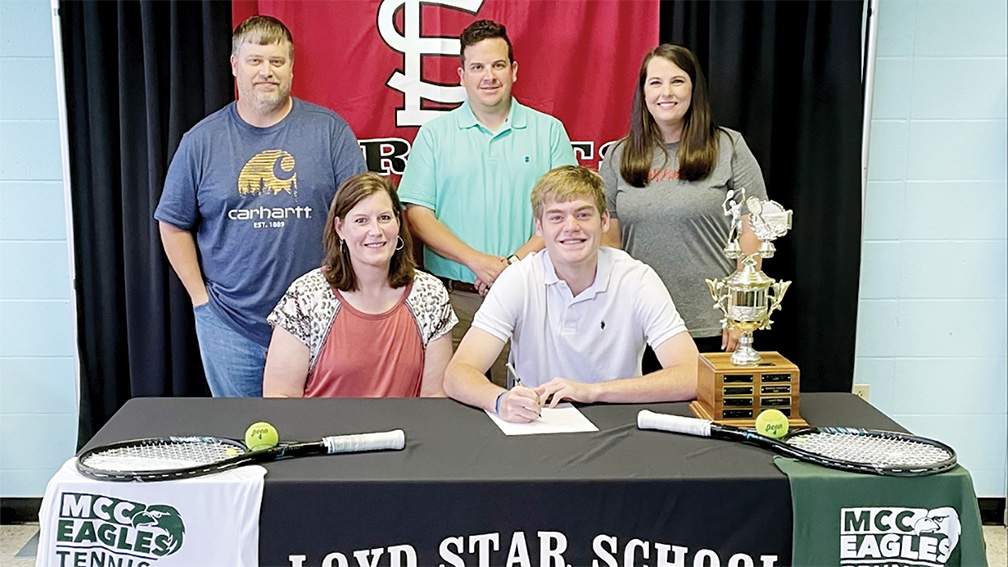 Loyd Star tennis standout Will McCullough will continue his career at Meridian Community College after recently signing a letter-of-intent with the school.

McCullough has had many memorable moments on the court for the Hornets over his career. As a sophomore he finished as runner-up in the MHSAA Class I State Tournament. His junior season ended prematurely due to COVID-19, but as a senior he again was one of the top Class I players in the state.

At the Individual State Tournament this year in Oxford, McCullough made the semifinals where he was beaten by top overall seed and eventual tournament winner, Nick Barone of Madison-St. Joe. McCullough beat Barone as a sophomore when the two met in the semifinals that year.

McCullough has also run cross-country during his career as well as played basketball for the Hornets. As a senior he averaged 5.1 points and 3.2 rebounds per game for a LS team that won the Region 7-2A basketball tournament.

Also, a standout in the classroom, Loyd Star tennis coach Evan Bigby says Meridian is getting a great person and player.

“Will is an outstanding student in the classroom and player on the court,” said Bigby. “He’s a tireless worker and the type of player that is able to adapt his style of play to take advantage of his opponent. He’ll be a great asset to the Meridian tennis program, and everyone is excited to see what he accomplishes in his time there.”