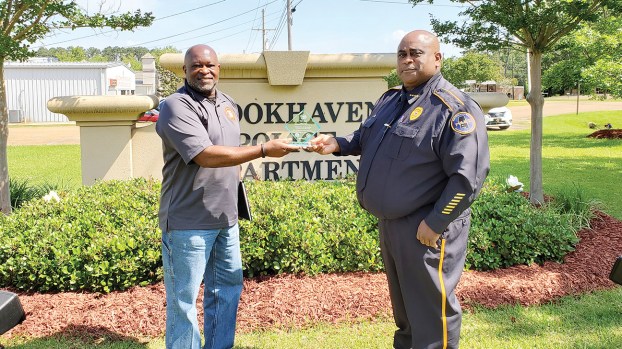 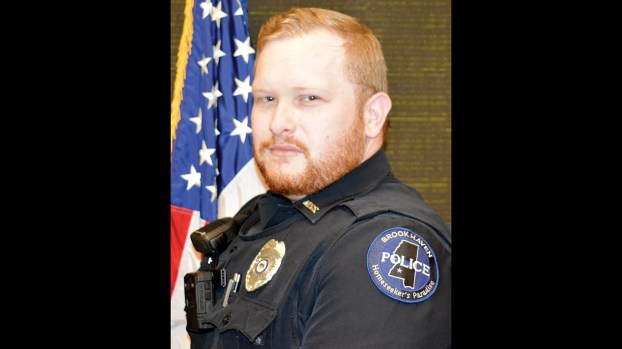 A Brookhaven police officer has been named a Central Mississippi Crime Stoppers Top Cop of the Year for 2020.

Brookhaven Police Department Officer Logan Fuller was awarded the honor for Lincoln County after having been nominated by BPD Chief Kenneth Collins.

“He’s a great officer,” Collins said of Fuller. “He came in and worked hard and has done real well.”

Fuller was one of several officers hired by BPD and approved by the city’s Board of Aldermen in June 2018.

CMCS board member Arthur Evans — former mayor of Crystal Springs and director of Copiah County Economic Development Council — presented a glass trophy and certificate to Chief Collins Monday for Fuller, who was unable to attend.

“We didn’t come empty-handed,” Evans said. “We also have for him a nice check and a nice gift card. All of this is for Logan, and — on behalf of Central Mississippi Crime Stoppers — he is the Top Cop of Brookhaven Police Department.”