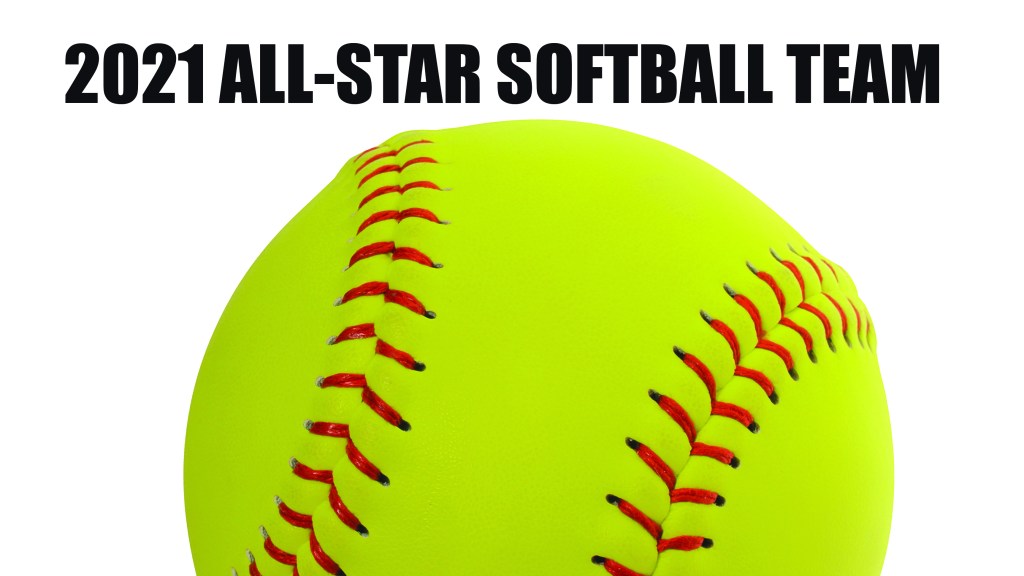 A freshman transfer from North Pike, Burnette will be a big part of Loyd Star softball for years to come. Versatile as an infielder and can also pitch. Batted .337 at the plate. Drove in team-high 30 runs and had a team-best 28 hits for the Region 7-2A champs. Hit six doubles, two triples and one home run for coach Scott Leggett. Was also a Daily Leader All-Area selection in soccer and an All-Region 7-2A pick.

A sophomore who had her best season yet in 2021, Campbell led Ole Brook in almost every offensive category this season. She batted a team best .346 while leading the club in hits (28) and runs scored (29). A shortstop and leadoff hitter, Campbell is already a veteran after joining the varsity as a seventh-grader and playing in 26 games the next season as a starting outfielder during her eighth-grade year. Campbell drove in 10 runs and hit three doubles for coach Mandy Vinson while earning All-Region honors.

Just a seventh-grader, Chemin led Enterprise with a .366 average at the plate. Drove in 10 RBIs while also scoring 12 runs. An All-Region 7-2A selection, Chemin played catcher for coach Trace Abdul-Hadi. She hit a team-high five doubles in 2021. Had her best game in a 6-5 division win over Wesson, as she drove in three runs on three hits for the Lady Jackets.

As she’s been for many years, Crapps was a cornerstone for Wesson both in the circle and at the plate as a senior in 2021. A Daily Leader All-Area selection as a sophomore, Crapps was also picked for the All-Region 7-2A team as a senior. Struck out 67 for coach Michelle Nunnery as she’s been a starting pitcher for the Lady Cobras since seventh grade. Also batted .367 as a senior who provided power in the middle of the Wesson lineup.

Already a Daily Leader All-Area selection once as a freshman, Felder was her usual reliable self as a junior for coach Becky Flowers. The most highly recruited pitcher in the area, she struck out 111 in 22 pitching appearances this season. Also, a threat with the bat, she drove in a team-high 31 runs as well. Hit .368 with seven doubles and two home runs. An All-District selection, Felder also plays basketball for Brookhaven Academy.

A Co-Lin softball signee, Fuller was a home run threat for the Lady Cougars as a senior. She hit six homers while batting .389 at the plate for coach Alli Harris. Fuller played her final two varsity seasons for Lawrence County after previously suiting up for Brookhaven Academy where she was an honorable mention Daily Leader All-Area selection as a sophomore. Drove in 24 runs as a senior while also hitting eight doubles and one triple and earning All-Region honors.

On an Ole Brook softball team that was very young this season, Hunt will be one to watch for years to come. This season she led the Lady Panthers with 22 RBIs as just a seventh-grader. Batted .311 with four doubles and one home run for coach Mandy Vinson. An outfielder, Hunt drove in five RBIs by herself in a blowout region win over Laurel High.

A consistent presence for the Lady Cougars at the plate and in the field, Goodson was once again dependable and versatile for coach Becky Flowers in her junior season. At the plate she batted .381 and drove in 22 runs. Hit nine doubles, one triple and one home run while earning All-District honors. Goodson can play third, shorts stop or catcher and also is a starter for the Lady Cougars on the basketball court as well.

A speedy presence in the Lady Cobra outfield, Guess was a leader for Wesson in 2021 at the plate and in the field as a junior. Guess batted leadoff for coach Michelle Nunnery and showed a knack for getting on as she finished with a .407 batting average at the plate. Led her team in runs scored while earning All-Region 7-2A honors. She was also a Daily Leader All-Area honorable mention in soccer.

As a sophomore Hughey led Loyd Star with a team-high .382 batting average in 2021. The team’s leadoff batter, she had 23 hits and drove in six runs. Hit two doubles and one triple for coach Scott Leggett. Scored 24 runs while also serving as her team’s top pitcher. A lefthander, she struck out 39 in 107 innings of work. An All-Region 7-2A selection, she was also a Daily Leader All-Area pick in 2019.

There isn’t a place on the field that sophomore Jergins hasn’t played for Enterprise during her varsity softball career. In 2021 she batted .344 at the plate and drove in 11 RBIs. Her team needed a pitcher to step up this season and Jergins took over in the circle for coach Trace Abdul-Hadi. A member of the varsity since seventh grade, she led her team in innings thrown and strikeouts this season while also being an honorable mention All-Area selection in basketball.

A speedy leadoff batter, Johnson was a threat to get on every time she got to the plate as a sophomore for West Lincoln. A center fielder, Johnson batted .346 at the plate and scored 15 runs for coach Anita Thornton. Johnson hit three doubles and one triple and earned All-Region 7-2A honors. Also suits up in basketball for West Lincoln.

No high school catcher in the area gets more trust from her coaches than Leggett does at Loyd Star. The sophomore’s head coach is her father Scott Leggett, and her mom Denise also serves as an assistant on the team. Just a sophomore, Leggett calls the game herself, working with her pitchers to pick their best pitch. At the plate she had a .320 batting average and drove in 16 runs in 2021 to earn All-Region 7-2A honors. Leggett hit four doubles, one triple and one home run and was also a Daily Leader All-Area selection in basketball as a sophomore.

As she’s done throughout her high school softball career, Moak was a hitting machine during her junior season at Brookhaven Academy. Led the team with 48 hits and also scored 42 runs as a leadoff batter for coach Becky Flowers. A slick fielding center fielder, she boasted a .533 batting average at the plate while also driving in 15 runs. She hit seven doubles, four triples and one home run to earn All-District accolades. She was All-Area Offensive MVP as a freshman and is a verbal commit to sign with Co-Lin for softball. Also plays basketball for Brookhaven Academy.

Smith had her senior season cut short by injury but played at her usual high level for the Lady Cougars before that happened. As a pitcher she appeared in 18 games and struck out 48. A Southwest Mississippi CC signee, she also batted .333 at the plate in 19 games. Smith drove in 14 runs and had nine doubles, two triples and one home run for coach Becky Flowers. She was an All-Area softball selection previously as a sophomore and an MAIS All-Star game selection as a senior along with being part of the All-District team.

A cornerstone of the Lawrence County softball program as a catcher behind the plate and a big bat in the middle of the lineup, Speights will next take her talents to Co-Lin as she’s already signed with the Lady Wolves. As a senior Speights boasted a .400 average at the plate. She drilled nine doubles, two triples and one home run for coach Alli Harris. Speights was an All-Area pick as a sophomore and an MAC All-Star game selection as a senior.

Spring emerged as one of the young pitchers to watch this season after helping lead West Lincoln to the second round of the MHSAA 2A playoffs as a freshman. Finished 11-7 on the year with 59 strikeouts and a 3.39 earned runs average for coach Anita Thornton to earn All-Region 7-2A honors. Also drove in seven runs at the plate and was an honorable mention pick for the All-Area soccer team.

Athletic and active behind the plate as a catcher, Summerall is once again an All-Area pick as a junior after previously being tabbed for the team in 2019. In 2021 she led the Lady Bears with a .375 batting average. Hit three doubles for coach Anita Thornton and was selected as an All-Region 7-2A pick. Also named to the Daily Leader All-Area team for soccer.

It’s hard not to think of Wallace when you think of Lady Bobcat softball. A starter and key member of the program since junior high, she hit for a .453 average as a senior for coach Kris Smith. A Southwest Mississippi CC softball signee, Wallace scored a team-high 29 runs from her spot as leadoff batter. An All-Region 7-2A selection, she hit one double and two triples along with driving in 10 runs. An All-Area pick in 2019, she’s was also selected for the MAC All-Star game as a senior.

A sure handed presence in the middle of the Loyd Star infield, Zumbro further emerged as a leader for the Lady Hornets during her junior season. Batted .268 for coach Scott Leggett while driving in 13 runs and hitting three doubles. Struck out just five times in 23 games and was a member of the All-Region 7-2A team. Strong defensively as a second baseman, she was part of two double plays and one triple play in 2021.