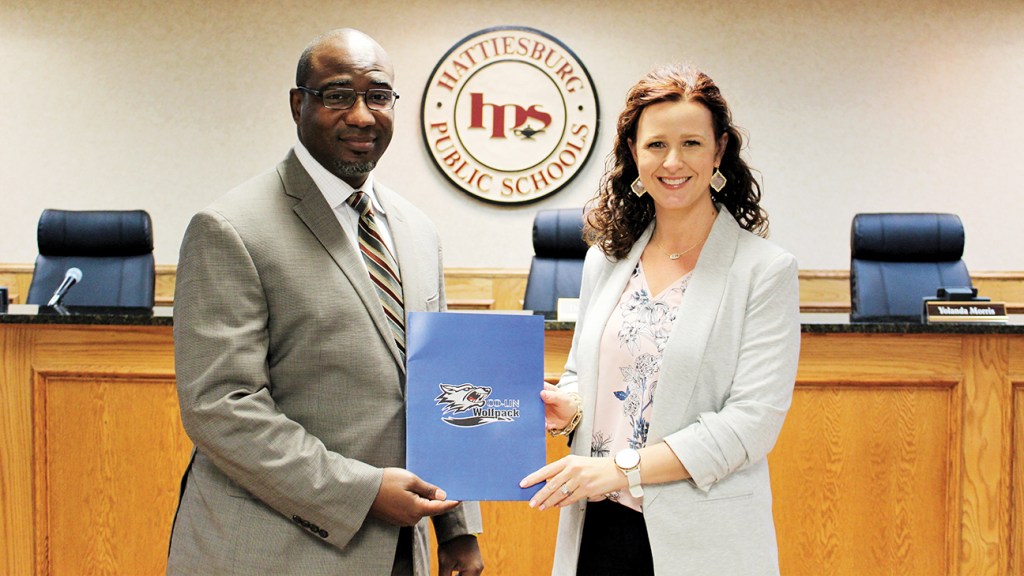 The Robert Williams Aspiring Educator Scholarship was recently endowed with the Copiah-Lincoln Community College Foundation by Dr. Robert Williams of Hattiesburg. The scholarship was established to benefit students graduating from Crystal Springs High School who aspire to become educators, with preference given to a specialization in elementary or secondary education.

Williams graduated from Crystal Springs High School in 1995. He received an associate’s degree from Co-Lin in 1997. He continued his education at the University of Southern Mississippi where he received a bachelor’s degree in elementary education and a doctoral degree in education administration and supervision.

Williams has worked in education for more than 20 years and currently serves as superintendent of schools for the Hattiesburg Public School District, a position he has held since 2016. Prior to his appointment as superintendent, Williams served as principal of N.R. Burger Middle School. Under his leadership, the school transformed from a label of “At Risk of Failing” in 2008 to “High Performing-High Progress” in 2012. In 2012, N.R. Burger received the “Champion of Change” award from the Mississippi Department of Education. Williams has been involved with and participated in numerous steering and selection committees, and he was selected as Hattiesburg Public School District Administrator of the Year (2011-2012 & 2015-2016) by his peers. Additionally, he represented Mississippi Congressional District Four as a finalist for Mississippi Administrator of the Year.

During his tenure as superintendent, Hattiesburg Public Schools have increased access to early learning opportunities and dual enrollment. The district has also transitioned from a period of financial uncertainty to financial stability.

“We are so grateful for alumni like Dr. Williams who have a desire to give back to the college and the communities that helped shape them,” executive director of the Co-Lin Foundation Angela Furr said. “This scholarship creates a lasting legacy for Robert and will benefit students from his hometown for years to come.”

Williams is married to Angela Givens Williams, an assistant United States attorney with the office of the United States Attorney, Southern District of Mississippi.  They are the parents of Anna-Grace Williams and Louis Alexander Williams.

Contributions to the Robert Williams Aspiring Educator Scholarship, or any other scholarship, can be mailed to the Co-Lin Foundation at P.O. Box 649, Wesson, MS 39191, or made online at https://www.colin.edu/alumni-foundation/give-now/.