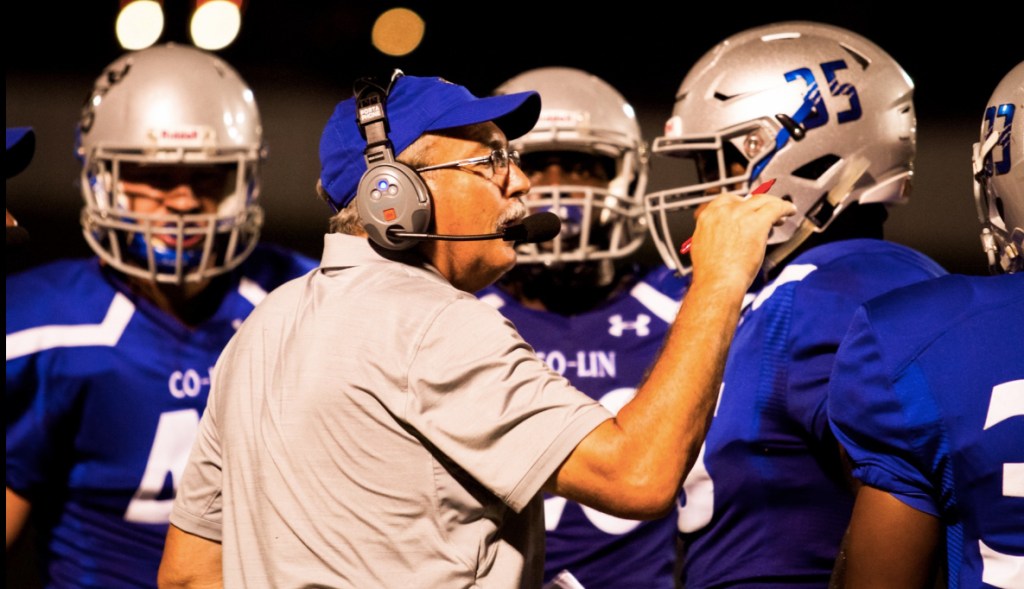 Photo by Co-Lin Sports Info / Co-Lin head football coach Glenn Davis and his team will host four home games in 2021 as the Wolves look to play a full schedule after a COVID-19 shortened campaign ended with a 2-1 record last season.

After a 2020 football season that saw them play only three games before a COVID-19 forced cancelation, Copiah-Lincoln Community College recently released the schedule for a 2021 season that will feature a traditional nine-game slate.

The season begins with two straight road games against MACC North Division foes as Co-Lin kicks off the season on Sept. 2 at Northwest Mississippi CC in Senatobia.

Northwest finished unbeaten last year and won the state championship. The last time Co-Lin traveled to Senatobia, Northwest took a 19-15 win in 2019. Kickoff at Northwest is scheduled for 7 p.m.

Week two will have another long road trip for coach Glenn Davis and his team as they’ll head to Fulton for a 6:30 p.m. matchup on Sept. 9 at Itawamba CC.

Co-Lin won at Itawamba to kick off their 2015 season with a 26-14 win in their last visit to Fulton.

The home portion of the schedule begins on Thursday, Sept. 16 when the Southwest Bears make the short trip to Wesson for a 6:30 p.m. kickoff. The game will be the MACCC South Division opener for both schools.

CLCC beat Southwest 41-3 in the 2020 season opener. The Bears are under new leadership now though as Cliff Collins was hired in December to lead his alma mater.

On Sept. 23, Co-Lin is back on the road as they head to Poplarville to face the Pearl River Wildcats. The two schools met last season with Co-Lin taking a 27-24 win in Wesson.

After a week off, the Wolves are back in Wesson on Oct. 7 against Mississippi Gulf Coast. Kickoff is scheduled for 6:30 p.m. in Stone Stadium. MGCCC took a 38-20 win in their last visit to Wesson during the 2019 season.

East Mississippi CC visits Wesson on Oct. 21 for a late-season non-division matchup that kickoff at 6:30 p.m. The last time EMCC played in Stone Stadium the teams battled a classic as Co-Lin won 31-24 in overtime to snap a 25-game winning streak by the Lions.

East Mississippi chose not to play football last season due to COVID-19.

Homecoming will be celebrated during the final game of the regular season when Co-Lin hosts Jones College on Oct. 28 at 6:30 p.m. It’ll be the second straight year for CLCC to host homecoming on a Thursday night.