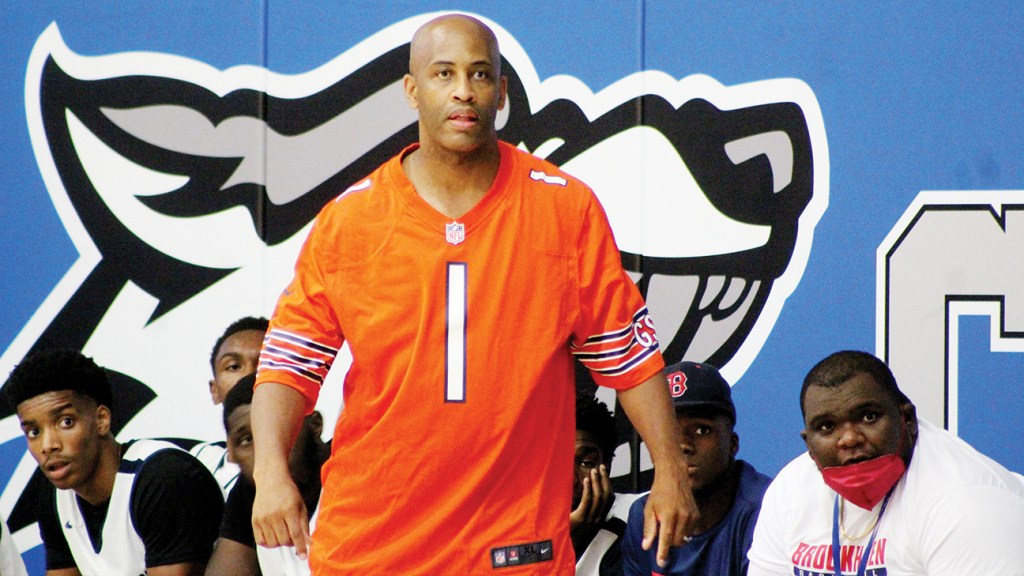 Brookhaven High boys’ basketball is under different leadership this summer, but the new head Panther in Sinclair Gymnasium is no stranger to hoops in southwest Mississippi.

Charlton Grey comes to Brookhaven High after a successful stint as the head girls’ coach at McComb High for the last six seasons.

“I’ve been looking to get back to coaching on the boys’ side of the game, but I’ve been waiting for the right situation to come along,” said Grey. “My time at McComb was really great and I got to coach some special players while I was there.”

Last season, McComb went 14-7 in a COVID-19 shortened season as they lost to Moss Point in the second round of the MHSAA 4A playoffs. Moss Point has actually been a bugaboo for McComb for a few years now as they knocked the Lady Tigers from the postseason in 2020 and 2019 too — both in the third round of the playoffs.

Grey finished his six-year stint at MHS with a combined record of 136-45 and won three region titles in that time. Twice Grey took McComb to the state semifinals where they lost to eventual state champs Lawrence County in 2018 and by one point to another state champ — Quitman —in 2016.

A graduate of Wilkinson County High, Grey had previously worked at McComb as an assistant coach for Hilton Harrell and his boys’ team earlier in his career.

During his time as an assistant for Harrell, McComb won the 2014 MHSAA 4A state title with a 32-1 record.

Three seasons as Harrell’s assistant preceded Grey getting his first head coaching job, as boys’ coach at Amite County High School. He held that position one year before going back to McComb as head girls’ coach.

Harrell, now the head coach at South Pike, has obviously been a huge influence on Grey’s career.

As has Marcus Flippin, the man that Grey is replacing at BHS. Flippin gave Grey his first coaching job at South Pike. When Flippin led the South Pike girls’ team to a MHSAA 3A state championship in 2007, Grey was his assistant.

“Coach Harrell and Flippin have both been a huge part of my career,” said Grey. “Coach Flippin trusted me to help him develop the young ladies on that championship team. The thing that I learned from coach Harrell is the subtle changes he would make in order for his teams to execute their offense. I’ve learned so much from those two.”

Flippin retired earlier this year after leading the BHS boys’ team for four seasons. The Panthers’ won their region tournament in 2020 and went 21-8 in 2019.

The returnees are led by the duo of senior point guard Demeriuntia Jackson and senior wing Elijah Kennedy.

The team also has returning length in Anthony Sanders and Tebarius Smiley — a pair of 6-foot-5 senior forwards.

“This is a great group of young men to coach,” said Grey. “The biggest thing that we’re doing this summer is developing trust. That’s a huge part of building a winning mentality. We’ve got to be able to trust each other.”

Stylistically, Grey’s teams at McComb played a fast-paced game with a defense that scrambled to the ball in order to convert turnovers to easy transition points. That won’t change at Brookhaven High.

“We’re going to get up and down the court,” said Grey. “We’re going to shoot 3-pointers and we’re going to work to get offense out of our defense. That’s what’s worked for me before and I think we’ve got the personnel to do it well immediately at Brookhaven.”

If you’ve ever seen Grey in action, you know that his intensity on the sideline mirrors what he wants from his team. When he calls out for one of his players to get down lower in their defensive stance, he’ll often show them how low he wants them to get — while wearing a three-piece suit.

Ole Brook will play in an almost completely revamped basketball division next year when Region 5-5A play begins. West Jones is a holdover from the old region but joining the mix with WJ and BHS will be Natchez High and Florence High.

Florence has been a 4A power over the last few seasons and is making the move up to 5A ball. Last year the Eagles went 20-1 with their lone loss coming in the third round of the playoffs to eventual state champs Lanier.

Grey will teach physical education and be joined on the bench by assistant coach Carenzo George — another first year high at the school.

With the Brookhaven High girls’ program asserting themselves as one of the top 5A teams in the state over the last several seasons, Grey wants to build that type of success on the boys’ side of the ledger.

“The message I’m stressing to the team right now is do not settle for less than your best effort,” said Grey. “You don’t want to be the reason fans don’t come to the game. You’ve got to take pride in your program. I take pride in coming to work every day and I thank God for letting me live my dream as a coach.”