Brookhaven man arrested for firing a gun in city limits 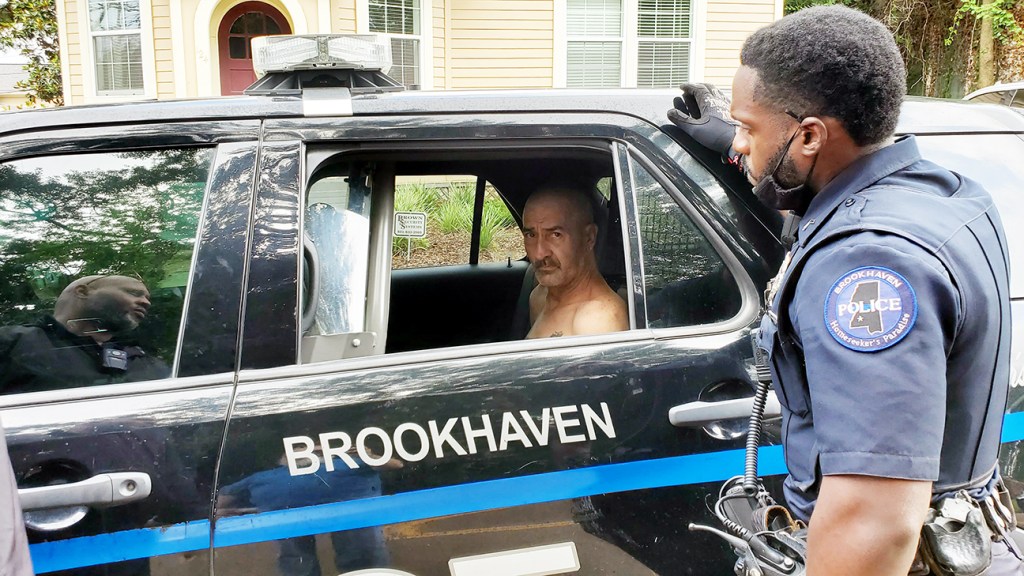 A man was arrested Tuesday afternoon for discharging a firearm in the city limits.

Brookhaven police served an arrest warrant on Sean Herrington of 129-A North Second St. around 3:30 p.m. Officers positioned themselves around the residence and demanded Herrington surrender himself.

Herrington, 49, surrendered without incident and was placed under arrest.

Officers then executed a search warrant to locate the weapon Herrington allegedly used 24 hours earlier at the home on the corner of North Second and East Court streets.

“This is something we can’t allow in our city without doing something to stop it,” said BPD Chief Kenneth Collins.

“You see all these businesses around here, and residences,” Collins said. “You can’t do something like that — it’s just too dangerous.”

Officers will continue to work to keep the City of Brookhaven safe, the chief said.

Herrington will be booked into Lincoln County Jail, charges pending.