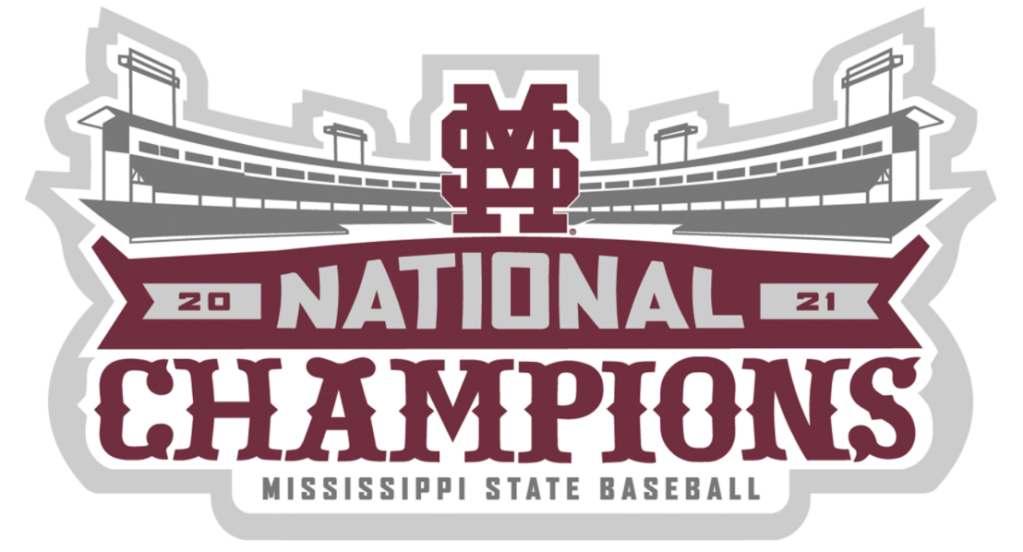 The MSU program takes a backseat to no other college baseball team in regard to tradition, facilities or fan support, but the school had been to the College World Series 11 times before this season without winning the hardware.

The Bulldogs (50-18) took the championship by trouncing the Vanderbilt Commodores 9-0 in a TD Ameritrade Park packed with fans in maroon and white.

Vanderbilt (49-18) were the defending national champs and had their power pitcher Kumar Rocker on the mound Wednesday.

Rocker went 4.1 innings and gave up five runs (four earned) on six hits. He struck out six and walked two.

Mississippi State ace Will Bednar was electric on short rest. He threw six innings of no-hit ball and struck out four while walking three.

All-American closer Landon Sims took over for the final three innings and was equally impressive as he struck out four and gave up the single Vandy hit of the night.

The MSU defense was lights-out behind their pitchers and as Vanderbilt went inning after inning without an offensive threat, the fans in the stadium dubbed “Dudy Noble North” got louder and louder.

While Vanderbilt couldn’t get a hit, Mississippi State’s bats were striking like thunder and lightning.

The Dogs got 12 total hits with senior leadoff hitter Rowdy Jordan getting three of those, scoring two runs and driving in a run himself. His roommate and fellow senior standout Tanner Allen had a pair of hits and also scored a run.

Freshman Kellum Clark drove in three runs as the designated hitter batting in the eight-hole for coach Chris Lemonis. Logan Tanner also had a pair of RBIs as did Luke Hancock while Layne Forsythe drove in a run as well.

Any hopes of a Commodores comeback were dashed in the seventh when MSU poured on four more runs.

State came into the winner-take-all Wednesday game with momentum after rolling over Vanderbilt 13-2 in game two Tuesday night.

After a dreadful first inning in the opener Monday that saw Vanderbilt jump up 7-1 in an eventual 8-2 win, the Bulldogs outscored their opponents 23-3 through the rest of the series.

With school legends such as Rafael Palmeiro, Dak Prescott and Ron Polk watching, the maroon clad Bulldogs received their trophy and carried it around the fences of TD Ameritrade to bask in the cheers of their loving fans.