Local MSU fans loved what they saw this week in Omaha

Did you look on social media Monday and feel like every Mississippi State fan you know was in Omaha already or in route to the College World Series? Those who could went, and most are still wearing a smile Thursday that won’t fade anytime soon.

as much as the teams

Early in the second game Tuesday, Vanderbilt’s pitching coach went to the mound as MSU had the bases full and a rout was eminent.

The camera zoomed past that mound meeting, through first base and caught a pair of familiar looking Bulldog fans jumping up from their seats while yelling and giving the Commodores grief.

It wasn’t the first time ESPN had shown Buddy and Will Thibodeaux of Brookhaven on camera during the week and it wouldn’t be the last.

They were behind home plate in the opener, in prime spots down eh first base line in game two and back on the first base side behind the MSU dugout in the finale.

“During the opener our phones just absolutely blew up with texts and pictures saying we were on TV constantly and we couldn’t believe it,” said Will. “The same thing happened during the second game. It was an unbelievable experience.”

Buddy Thibodeaux is a retired Brookhaven firefighter who cuts yards now and has long been a high school umpire in the area. He played baseball in college and along with his wife Sheri, instilled a love of athletics and competition in their four children.

Will is an alum of the school and says loving the game of baseball is something he and his dad have always bonded over. The trip was a Father’s Day gift to Buddy.

“I can remember my dad teaching me how to keep a scorebook on the coffee table while we watched the Atlanta Braves play on TV when I was growing up,” said Will. “Baseball will always have a special place in our hearts and in our family and it was amazing to experience this week with him and be surrounded by thousands of other Bulldog fans.”

Will plans on following in his father’s footsteps as he molds his own kids into baseball loving MSU fans.

“I hope to be able to have this same type of experience with my two little boys, Finn and Ripp, one day as well,” said Will. “Who knows, maybe they will be the next great Bulldog baseball players.”

Moak can speak to the character of these Omadawgs

Maley Moak of Brookhaven is a rising junior at Mississippi State who’s majoring in communications. She’s been a member of the MSU cheer squad during her time in Starkville and has seen the Bulldog faithful get fired up at sporting events before.

She’s never seen anything like the camaraderie inside TD Ameritrade Park though as MSU fans outnumbered Vandy fans in huge numbers and turned the place into another Dudy Noble Field.

“As a cheerleader for the university, it was absolutely incredible and an experience of a lifetime to be able to sit back and be a fan for Mississippi State University this week,” said Moak. “Everyone sitting around us instantly became our new best friends. It felt like Starkville picked up and moved to Omaha.”

Moak is friends with pitcher Stone Simmons and has served on the Fellowship of Christian Athletes lead team at the school along with pitchers Will Bednar and Christian MacLeod.

Bedner is one of the best pitchers in the nation, Moak says that’s just a small part of who he is as a person though.

“Those are great players, but even better guys,” said Moak. “The whole experience just proved how family oriented MSU actually is. It was incredible to be there.”

of fandom for Knight

A 1987 graduate of the school, Phillip Knight has been an MSU baseball fan since his time as a student in Starkville.

Thursday, as he rode back south in a vehicle with family members who he’d gone to the championship series with, his voice was hoarse and raspy from all the yelling he did the night before.

“It’s hard to put into words how awesome it felt seeing them hold that trophy up,” said Knight. “To see so many great players come through over the years and fall short for whatever reason, it was surreal. The stadium was as loud as I’ve ever heard a crowd at a game — football or baseball.”

Knight came to Omaha with his brother as his wife and fellow alum Lea Ann stayed home to care for a new puppy that’s in the middle of being house broken.

“I had her blessing and that made the decision to come easy, even though I know she wishes she was here,” said Knight.

Knight’s brother Brian had a connection with MSU outfielder Brad Cumbest as he coached him at East Central High in Hurley.

The members of their traveling party went to the team hotel afterwards and Knight said the celebration there was every bit of raucous as you’d imagine.

“There were just people everywhere at the Hilton where the team stayed,” said Knight. “Shoulder to shoulder, packed in tight, but nobody cared. Everyone was high fiving and hugging and screaming.”

It wasn’t just the fans alone celebrating though, they were soon joined by their bat-swinging heroes.

“The team went in and ate and then came right back out and joined the fans,” said Knight. “You know they were tired, but they were out in the middle of a huge scene signing autographs for every kid that came up and taking pictures with everyone that asked. They were amazing.”

Just saying that Mississippi State is a national champion was still hard for Knight to process 12 hours after the game went final.

“You can be good or great year after year, but if you haven’t won the College World Series, your rivals are going to always bring that up first,” said Knight. “They can’t do that anymore and seeing that happen is something I’ll never forget.”

Getting there wasn’t easy, but Craig glad he made it

The moment Tyler Leggett’s game winner against Texas hit the ground and put MSU into the title series, Carl Craig of Brookhaven started planning for Omaha.

Eight years earlier when the Bulldogs faced UCLA in the championship series, Craig watched from the kitchen of his restaurant Magnolia Blues.

The opening of that series and the opening of Magnolia Blues fell on the same day and Craig had no choice of where he had to be.

“I wanted to be there watching in person, but we’d been working on getting Magnolia Blues started for so long and at that point all I had left in my checking account was $300,” said Craig. “Getting open wasn’t even a choice at that point, it had to happen.”

Magnolia Blues is on a break right now as they wait for the construction of their new location downtown to wrap up later this year after closing the old location earlier this month.

That made the decision to go this time easier for Craig as he quickly booked a room in Nebraska and a flight out of New Orleans.

The best things in life often come at the end of our most difficult roads and for Craig, the road to Omaha was a nightmare.

“I thought about going back home,” said Craig. “There was a time when I was sitting there in the longest security line I’ve ever seen and knew that I was going to miss my flight. And I started to ask myself if I should just come back to Brookhaven and watch it on TV. I’m glad I didn’t.”

First, he waited 45 minutes for a shuttle to pick him up at the parking garage and deliver him to the terminal. When that happened, the shuttle driver dropped the passengers at baggage claims instead of arrivals. To add further insult, the escalators going up to where he needed to be were broken.

That long line at security took 90 minutes to get through. In all it took 2 hours and 19 minutes for Craig to get from his parked truck to the gate.

“I had that moment of despair, but then I got my phone out and started working on getting on a later flight,” said Craig. “I still walked up just in time to get on that one which was set to take off over an hour after my first flight.”

He finally made it to Omaha, set his things in his room and went looking for something to eat. What’s the first thing he hears down the bar when he finds his stool?

“Somebody says, ‘Hey man, don’t you own Magnolia Blues?’” said Craig. “It was a group of four or five guys from Bogue Chitto. It just goes to show you how many people from home were here this week.”

Craig’s son Jack isn’t old enough to make the trip as he stayed home with his mom, Anne. A two-year old wouldn’t have been much fun in that dreadful airport fiasco.

Let him get a little older though and his dad plans on feeding him a steady diet of MSU baseball, like his dad Carl Craig Sr. did for him.

“My dad loved to drive up to Starkville for a Sunday game when I was growing up,” said Craig. “It was such a big deal to me when I look back at it. We don’t have an MLB team in this state and to me, they were our MLB team. That’s the level I put them on in my mind.”

Big Carl as he was known passed away when his son was a student at State. The son couldn’t help but think of where his fandom came from after the celebration ended.

“The scene in the stadium was unreal,” said Craig. “When Rowdy Jordan would come to bat and you’ve got 20,000 people chanting his name, you’d get goosebumps. When I got back to my hotel Wednesday night, I did think about my dad and how I wish he was here to see it. You’re enjoying the moment and then you have these fleeting thoughts about missing him. It makes it bittersweet in a way.”

Wild week for Watson ends back in ballpark

If anyone can look back and say, “what a crazy time I had in Omaha”, it’s Colton Watson of Brookhaven.

Watson went viral in his pursuit of tickets at the box office for game one as he tweeted about sitting in line for hours in what would be a fruitless search.

His benefactor ended up being Barstool Sports founder Dave Portnoy who bought seats for Watson and three of his buddies in a prime location. The internet loved the story and Watson ended up doing media hits and interviews to recap what happened.

As Watson told hat story Tuesday morning, he laid out a plan to be back in the ballpark on Wednesday, despite Vanderbilt having just won the opener in runaway fashion.

“I could probably scrounge up a ticket to game two that I could afford,” said Watson at the time. “I think we’re going to win, and I think it’s going to go to a third game. If it happens, I want to be in the stadium for that one.”

That statement ended up being prophetic as the Bulldogs bounced back in the second game and Watson was back in TD Ameritrade on Wednesday.

“It was insane,” said Watson. “Loud and rambunctious from the first pitch to the last. When the game ends the place erupted with the most outrageous and ecstatic sigh of relief ever. There was a lot of crying, a lot of shock and awe at what had just occurred and a lot of savoring the moment.” 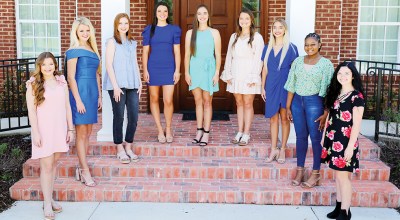 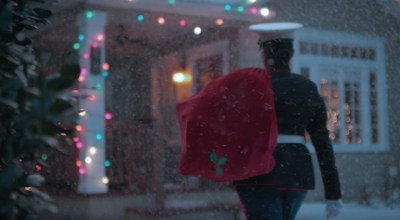 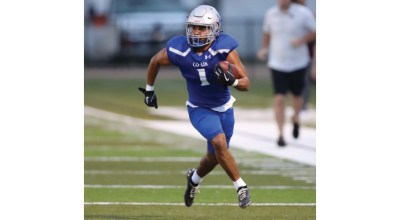 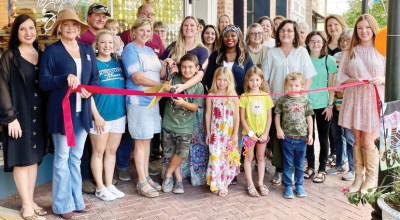