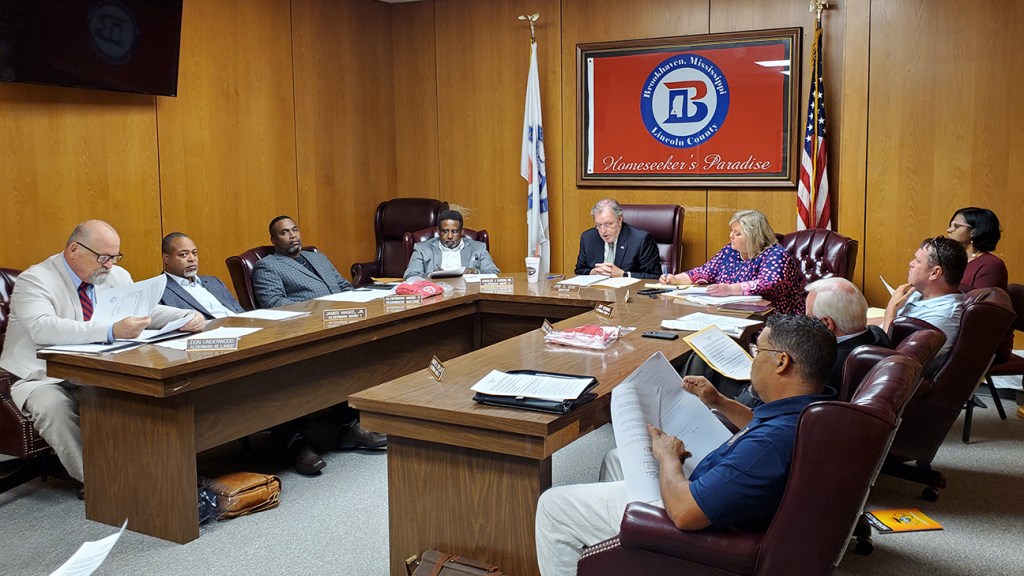 In the nearly-four-hour-long first meeting of the newly-elected members of the City of Brookhaven Board of Aldermen on Tuesday, the board approved the appointment of 14 positions — including city clerk and fire chief — and tabled appointments for city attorney, judge and prosecutor.

Before starting the process, Mayor Joe Cox asked the board if they would like to vote on appointments as a group or individually.

First up on the slate were key positions of city attorney, city judge and city prosecutor. The mayor recommended the appointments of the following:

The board voted 3-4 against the appointment of Boerner as city attorney — Henning, Grice and Underwood voting for; Magee, Moore, Caston and Spiller voting against.

The board then voted 3-4 against the appointment of Malta as city judge — again with Henning, Grice and Underwood voting for; Magee, Moore, Caston and Spiller voting against.

Prior to calling for a vote on city prosecutor, Cox asked regarding city judge, “Would y’all consider a year?”

“Those of you who voted against,” Cox said.

Moore suggested tabling a vote on all three until the board could meet and talk with each candidate interested in the positions.

Attorney Brady Kellems, who attended the meeting to provide legal assistance as needed, suggested keeping the current judge and prosecutor in the interim until the board made appointments.

The board asked Kellems to serve as interim city attorney for that same period.

Chief Collins urged the board not to delay in completing the appointments, saying the positions were vital to the local justice system.

The board will meet again July 20 and will hear from candidates interested in the positions of city attorney, city judge and city prosecutor.

Acting Fire Chief Jeff Ainsworth has served in the head fire fighting position since his approval by the City Board in April. He replaced former Brookhaven Fire Department Chief Tony Weeks who retired effective June 30.

Ainsworth was presented Tuesday night for a four-year appointment.

In response to the call for a vote, Henning, Grice and Underwood voted to make the appointment. Magee, Moore, Caston and Spiller voted against.

Cox asked the aldermen if they would like to consider a two-year or one-year appointment.

Cox said he, former chief Weeks and City Clerk Samantha Melancon had conducted the interviews. In addition to Ainsworth, Justin Bullock and Mark Porter had applied, as well as two others — one who withdrew his application and one who did not show up for an interview.

Cox said the selection process primarily was based on resume’ and experience. Ainsworth was the best candidate, Cox said, and had been recommended for the position by fellow fire fighters.

The mayor called for a vote on a two-year appointment, which was defeated again by a 3-4 vote. A call for a one-year appointment passed, with a 3-3 vote, Magee abstaining.

Additional appointments by the Board of Aldermen were:

In other business, aldermen approved the following without opposition: