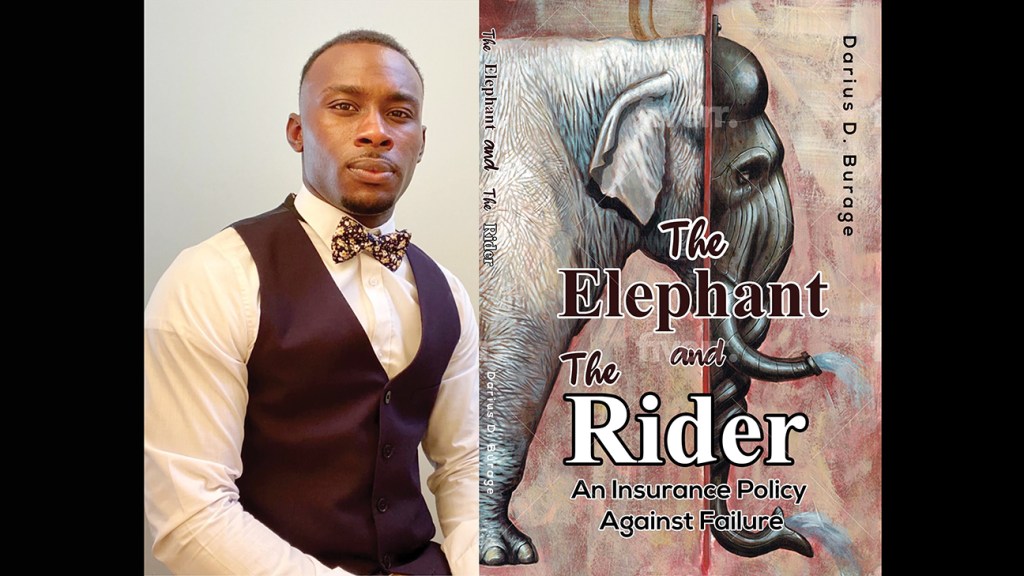 Photo submitted Brookhaven native Darius Burage believes he can help others succeed with his new book, "The Elephant and the Rider: An Insurance Policy Against Failure."

A Brookhaven native believes he knows what it takes to be successful and wants to share that information with others.

Darius Burage, who lives and works as a registered nurse in Atlanta, is about to publish his fourth book, “The Elephant and the Rider: An Insurance Policy against Failure.”

“In the beginning [of the book] I briefly talked about my upbringing and my background, just to build a rapport with the reader,” Burage said. “Another reason was to make me relatable so people don’t think I’m some white collar guy that grew up with a silver spoon trying to teach them how to be successful when I haven’t faced the same obstacles and adversities that they have.”

The bulk of the book focuses on 12 guiding principles of success. The book’s title comes from a story Burage relates with one of those principles — discipline.

“I gave the example of a 200-pound man riding a 10,000-pound elephant. If they approached a small creek and the elephant decided it didn’t want to cross it for whatever reason, what could the 200-pound man really do about it?” Burage said. “The elephant represents the part of our mind that we don’t use, which is where our habits, fears, addictions, etc., are stored. So when we are craving something, it’s really ‘the elephant’ that’s craving it because it loves instant gratification.”

If someone has ever overcome an addiction or stopped a bad habit then they have tamed their elephant, Burage said.

“The key takeaway is not to try to control the elephant, but to understand that you are the rider and the elephant,” he said.

Each of the 12 principles Burage presents — which include focus, discernment and seeking wise counsel — have two to four key elements that come together to form the principle, he explained.

Two key phrases that could embody the book as whole are, “If you follow the crowd, you probably won’t make it much further than the crowd,” and, “Every failure carries the equivalent seed of success,” the author said.

Burage has written three other books, currently available on eBay: “Post Traumatic Poverty Syndrome: Breaking the Cycles of Generational Poverty,” “How to Beat the Stock Market” and “The Credit Repair Kit.” His new book will be available in paperback and ebook formats.

“My goal is to teach people how to fish, to give them the tools that they need to succeed and to be successful, whatever that may mean to them,” Burage said. “I want people to achieve what most people strive for — freedom. It’s not about making the most money but about quality of life, how to be the best version of themselves.”