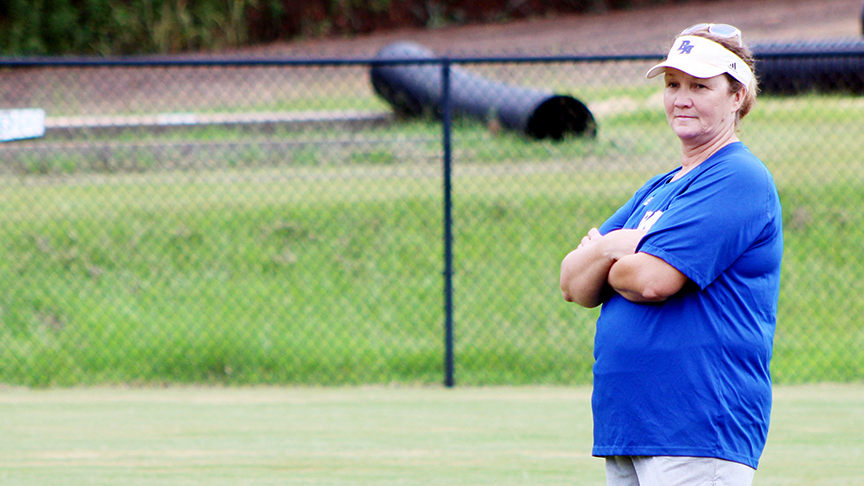 It was four up and four down this weekend for Brookhaven Academy as MAIS softball season officially kicked off.

The opener Friday took the Lady Cougars to Waynesboro to face Wayne Academy, a game won by BA 9-1.

Saturday the team faced a quick turnaround as they traveled to Magee to play in the Simpson Academy Tournament.

BA won its opener over Jackson Prep 4-2, then beat Centreville Academy 4-2 before finishing off tournament play with a 3-0 win over their rivals from Parklane Academy.

A game scheduled for Monday at Copiah Academy was rained out and BA is next scheduled to play on Thursday, Aug. 5, at Centreville before playing in a Copiah Academy hosted tournament on Saturday.

Coach Becky Flowers and her team will make their home debut on Monday, Aug. 9, when they host Copiah Academy.

Senior pitcher Emily Claire Felder struck out 10 in the win at Wayne while giving up four hits and one earned run on 107 pitches.

Felder pitched twice on Saturday against Prep and Parklane. Against Parklane she came in as relief for starter Kensy Covington.

Covington picked up the win over Centreville, striking out two and allowing one earned run on five hits. Felder gave up five hits on 78 pitches to earn the win over Parklane.

The bats were awake for BA at Wayne Academy as they used nine hits to get the blowout win. Senior slugger Abby Grace Richardson hit her first home run of the season while fellow senior Bailee Goodson added a triple.

Miriam Wallace and Madison Moak both doubled as Wallace drove in a team-high two RBIs.

Jackson Prep outhit BA 6-4 and let 2-1 going into the final at-bat for the Lady Cougars in a time-shortened tournament game Saturday.

In the bottom of the fifth, Flower’s crew scored three runs to take the lead and then shutout JP in the top half of the sixth to take the win.

Wallace and Emme Barrett had an RBI each in the win over Prep for BA.

Centreville Academy won the MAIS 2A state championship last season but lost their one matchup with BA in 2020.

Saturday against the CA Lady Tigers, BA got a home run from Goodson and a triple from Bailee Parks to lead the offense. Barrett and Covington also drove in one run apiece.

Parklane is also a defending state champion as the school won the MAIS 5A state title last season. Parklane is now a 6A school, a division that is compromised of the six biggest schools in the MAIS system (Parklane, Prep, Jackson Academy, Presbyterian Christian, Hartfield Academy) while BA has moved up to the 5A level.

Parklane swept both meetings between the schools last year, but Saturday they could generate no offense off Felder or the BA defense.

Wallace is a Parklane transfer to BA and she helped her new team secure the win with an RBI while Goodson also drove in a run.

Parklane pitcher Skye Sharp struck out seven in the loss.

The game rained out Monday at Copiah Academy has been rescheduled for Sept. 6.