Overbook Songwriters Festival still on for the weekend 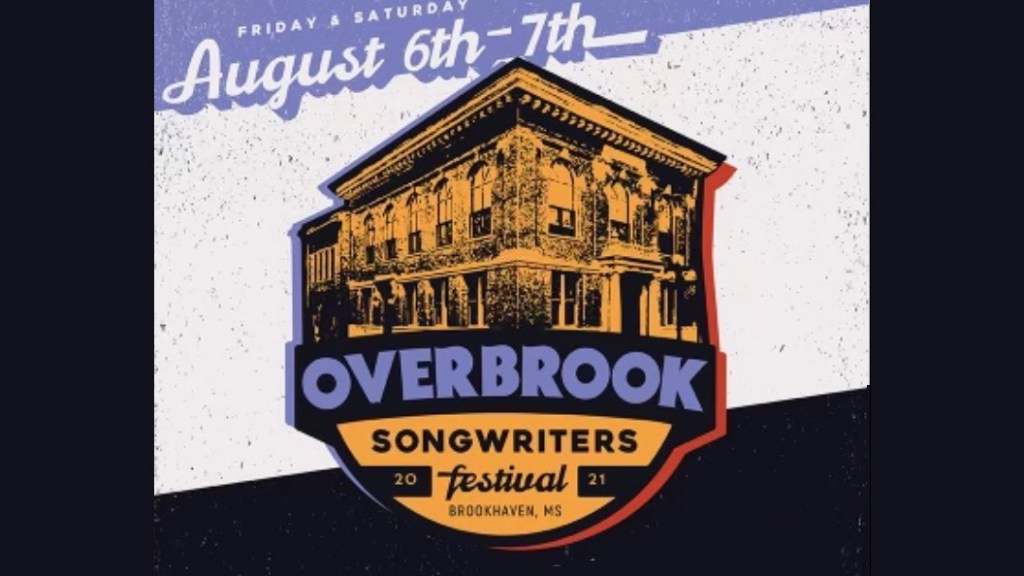 The Overbrook Songwriters Festival in Brookhaven will proceed as planned Friday and Saturday, with some schedule changes.

The festival was birthed in 2019 from the idea and efforts of Brookhaven musician Shaw Furlow. The retired Copiah-Lincoln Community College band director and instructor is well known for his songwriting and performing skills, so it came as no surprise to locals when he put together a festival centered around musicians playing and singing their original songs.

The first year was a success, Furlow said, with about 230 people attending shows.

“I did the first year and it gained a little momentum,” Furlow said of the interest garnered from the inaugural effort. “Then we had to put it off due to COVID, so it’s like starting from scratch again — except I had a better database of artists.”

Fourteen songwriters shared their talents across a few venues in 2019 — 23 are scheduled to perform this year, at Betty’s Eat Shop, the deck at Georgia Blue, Brookhaven Sound Studios and Recess 101.

This year adds something new — a busking site for anyone to perform. Busking is playing in public for voluntary donations, and the sidewalk in front of Downtown Music Academy on South Railroad Avenue will be the spot for musicians to set up and play something from 1 to 5 p.m.

“There will be a cover from the elements and an amp and mic,” Furlow said. “Everyone is invited to take advantage of this fun opportunity.”

Though the festival focuses on original songs, buskers can play whatever they choose. High school students are especially encouraged to participate.

“Come show us what ya got. Bring your guitar and play some songs,” Furlow said. “Open your case — make some bucks. We encourage those not on the (festival) bill to come and entertain.”

Another opportunity to play original songs — open to anyone who wishes to participate — will be a songwriters’ round at Brookhaven Sound Studio on Cherokee Street.

Overbrook is a boutique festival that differs from others in that players are paid to play. Most songwriter festivals allow people to play who pay to do so.

“It’s good for Brookhaven and it’s good for the people who come to Brookhaven,” he said. “I’ve never had one songwriter say they’re not coming back. They all say they want to come back to Brookhaven. I’ve had to turn down people this year because we’re limited — in venues and in how many we can pay.”

“The festival is not just for out-of-towners,” Furlow said. “We want a lot of locals to show up and hear some of this music. I expect the headliner shows will be booked with locals, and we would really like the other shows to be filled with locals, too.”