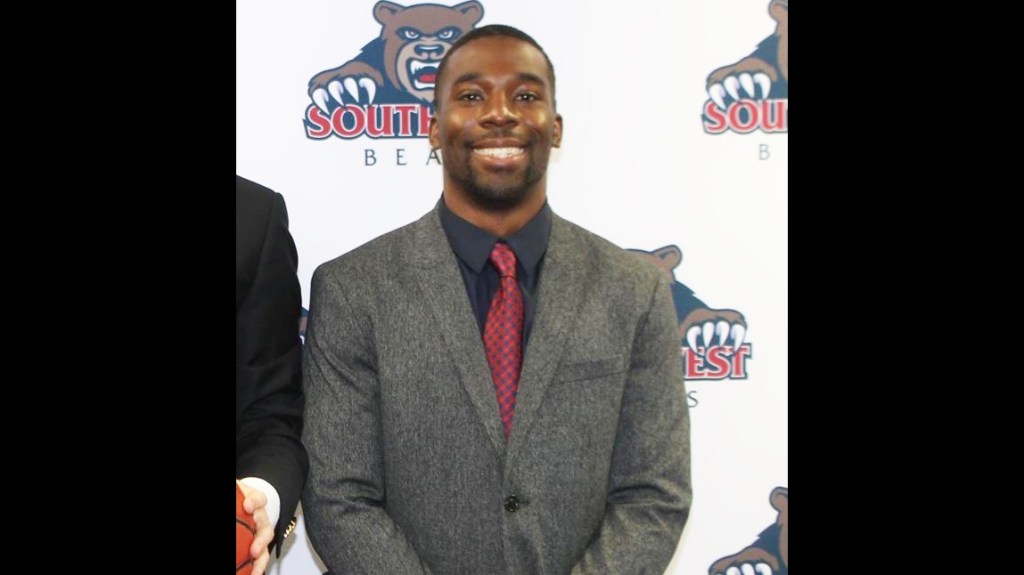 First-year Copiah-Lincoln head men’s basketball coach David Sanders has tabbed Reggie Chambers to be his assistant coach for the 2021-2022 season.

Chambers has been all over the country and world as a basketball player and coach. He prepped as a junior at West High School in Sat Lake City before moving to south Florida where he played his senior season at Monsignor Pace.

Pace won the state 4A championship his senior season as Chambers was a third team All-Dade County selection.

From there he went to Florida Gulf Coast University where he was named to the Atlantic Sun All-Freshman team. His first collegiate bucket came in legendary Fog Allen Fieldhouse where FGC played the University of Kansas in their 2008-2009 season opener.

As a senior point guard Chambers started all 31 games and averaged 12.9 points and 5.4 assist per game as the Bobcats finished 22-9 and won the first NCAA Tournament game in school history.

Chambers played professionally in Uruguay and the Dominican Republic before beginning his coaching career.

It was a connection from his time at Wesleyan that brought Chambers to Mississippi for the first time. His head coach as a senior at WVWU was Jim Boone, who left the school after one year to become head coach at Delta State.

Boone, now the head coach at the University of Arkansas Forth-Smith, hired Chambers to be a graduate assistant in 2015.

When Boone was at Wesleyan, he told the school’s athletic website that when he was hired by the school, Chambers got his number and called his new head coach. He wanted to know what he could do to help his new coach and make the transition smoother for Boone and the team.

Boone said that was the first time in his career for something like that to happen.

Chambers also worked as a graduate assistant on the Division I level at Liberty University and Arkansas State.

He has previously been an assistant at Barry University in Miami and at Central Wyoming College — his first job on the NJCAA level.

A native of Queens, New York, Chambers was hired as an assistant at Southwest Mississippi C.C. in 2018 and worked in Summit for two seasons.

In a release announcing the hiring, Sanders touted Chamber’s deep and wide ties to the game.

“Reggie brings a blend of knowledge of the game and the ability to connect with today’s student athlete to our staff,” said Sanders in the release. “He is an energetic, sincere coach who will instantly give our basketball program credibly state and nationwide.”