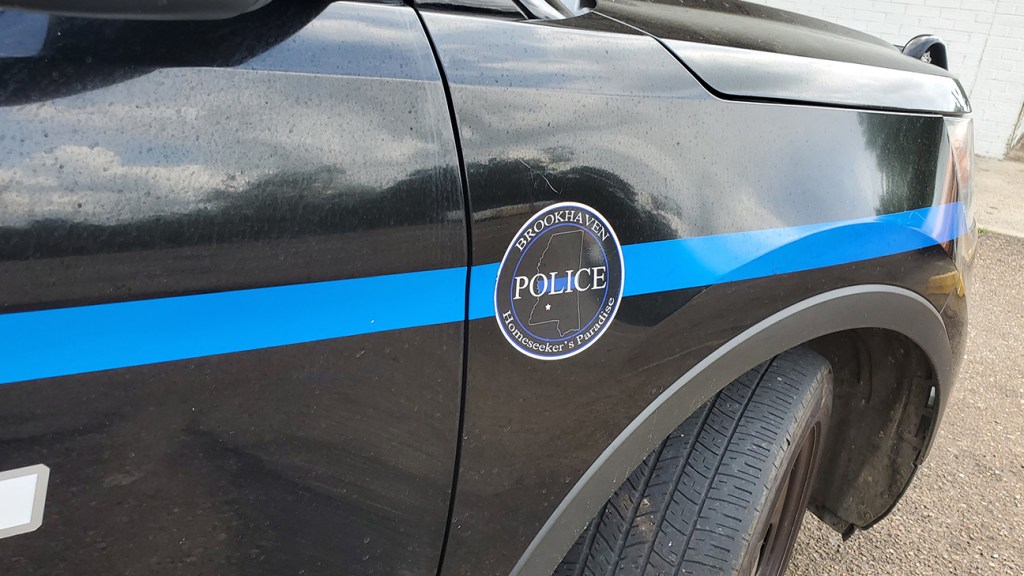 Losing police officers to higher-paying agencies is a “terrible hardship,” according to Brookhaven Police Chief Kenneth Collins — one he and the city’s leaders hope to rectify through increases in starting pay and work commitments.

While the department has lost staff to retirement, normal turnover and death in the line of duty, Collins said the inability of the department to pay a higher starting salary for officers is driving a significant portion of the turnover and creating a challenge for replacing officers as they leave or retire.

Mississippi ranks last in average pay for law enforcement officers across the nation. When BPD hires new, non-certified officers, the starting salary is $28,084.80. Once the officer completes the Law Enforcement Officers’ Training Academy in Jackson, his or her salary increases to $31,010.31 annually.

Online job sites place the average salary for a law enforcement officer nationally around $44,000, and the Mississippi average at $37,400. Research from Indeed.com places entry-level LEO jobs in the state at an average of $34,290.

When the Brookhaven Board of Aldermen met this week for a budget review meeting, aldermen, Mayor Joe Cox and Collins were in agreement that higher pay for entry-level officers is a necessity.

“It’s a battle because [other agencies] are offering them more,” Collins said.

Though pay increased by approximately 10% in 2018 — before which non-certified officers earned about $27,534 and certified $30,500 — the bump came after years of no pay increases.

Pay was a challenge at the lower rates for previous Chief Bobby Bell, also.

“I want to see if we can inspire some of the young men in our area … to become police officers,” Bell said in 2016. “Basically, I think the price has something to do with it.”

The suggestion was made to attempt to bring the city’s starting officer pay equal to that of the Lincoln County Sheriff’s Office for its starting deputies.

Sheriff Steve Rushing said non-certified deputies are hired at an annual salary of $32,300 and they get a raise of approximately $1,000 once they achieve certification. His goal, however, is to hire only certified officers to have them ready to serve and to avoid the expense and time of the academy.

The cost of academy training for certification is another concern for Collins, who said many officers leave after receiving certification for higher-paying departments.

“They go as soon as somebody offers them a better position,” Collins told the aldermen. “They graduate and then the next week they’re gone.”

And while Mississippi law provides for some reimbursement to the department in those circumstances, Collins believes the city needs to explore other ways to retain officers after investing funds in their certification.

If a certified person leaves the agency where they were employed during certification to take a job at another law enforcement agency within three years of completing the academy, current law requires the hiring agency to reimburse to the original agency “a proportionate share of the officer’s law enforcement training expenses” — currently about $3,600 per officer, according to MS Code § 45-6-13 (2016).

However, reimbursement of the academy cost doesn’t eliminate the hardship it creates on an agency when an officer leaves, Collins said.

“Other agencies are going through the same thing, trying to keep enough manpower,” he said. “We’re all hurting. But we’ve invested lots of money and time in guns, uniforms, bulletproof vests — and unless you have someone else who can wear the same sizes, you can’t use the equipment when an officer leaves, and the vests have expiration dates.”

“It’s a terrible hardship to get all this and take the time to teach them and they’re gone,” Collins said.  “They have lots of training, too — shooting qualifications, use of deadly force, criminal law studies, recent and local laws, department-specific procedures, how to talk to people and deal with different situations. And they’ve got to stay up-to-date because it’s constantly changing.”

Rushing said he is unaware “of anything you can do to keep people if they want to go somewhere else.”

Board Attorney Bobby Moak said he will explore the legality of adding a term of service commitment to contracts for new hires.