BHS volleyball goes down to McComb in home debut 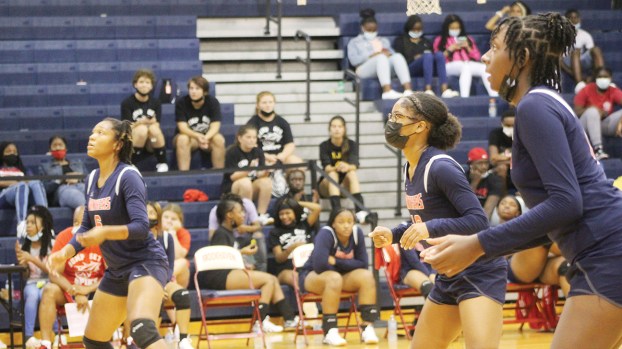 Photo by Cliff Furr The front line of the Brookhaven High volleyball defense prepares to return a shot by McComb High Monday in Sinclair Gymnasium. 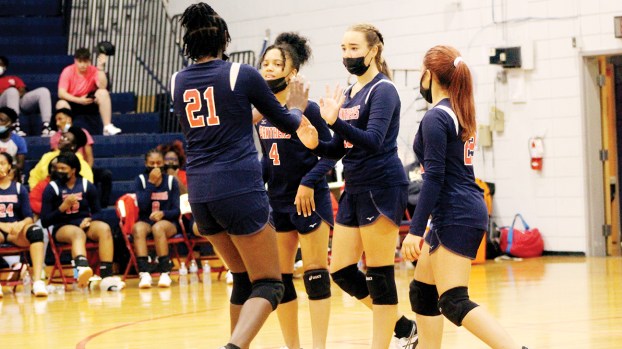 Photo by Cliff Furr / BHS team members react to an ace on a serve by freshman Olivia Vaughn (center) of Brookhaven High School. 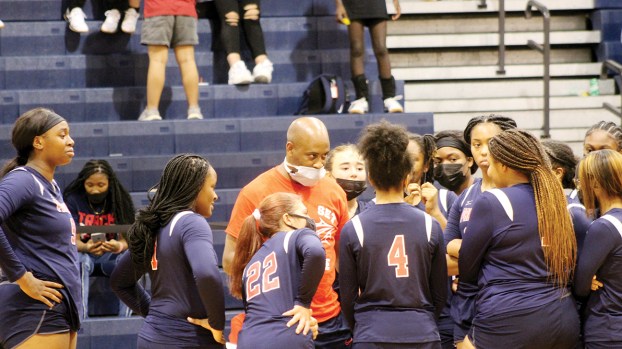 Photo by Cliff Furr Coach Charlton Gray of Brookhaven High rallies his team around him between sets Monday in the home debut of volleyball at the school. 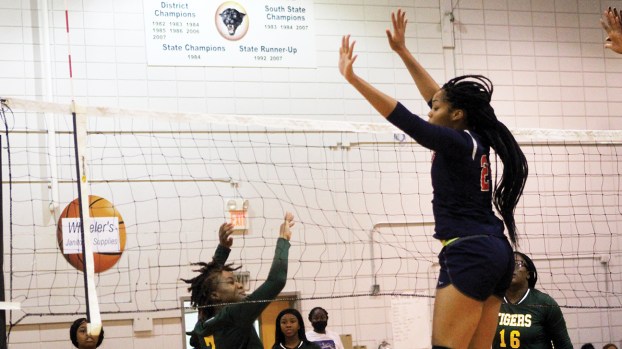 You can be excused if you were in Sinclair Gymnasium for the debut of Brookhaven High volleyball Monday and you found yourself distracted by your phone.

Maybe you asked Siri how many games are played in a high school volleyball match (it’s best three out of five).

Or perhaps you were searching Google for how many points does it take to win an induvial game (25 and you must win by 2).

Volleyball may be new, but the fan support was strong as the gym was covered in signs that encouraged the team to do their best and have fun on the court against McComb High.

And that’s exactly what BHS and first year coach Charlton Gray did. They played with great effort, had moments of success were the game looked easier than others and had smiles on their faces as they played in front of their home fans for the first time in school history.

McComb won the match 3-0, but that wasn’t a huge surprise. The Lady Tigers have been playing the sport for a number of years, many under the tutelage of Gray who came to Ole Brook in the summer to coach boys’ basketball and help launch the volleyball team after previously coaching volleyball and hoops at McComb.

BHS jumped out to a 4-1 lead in game one before McComb fought back and took the lead for good.

Wilcher started for BHS along with seniors Jaide Prather, De’Naejah “Tootie” Williams and Kortni Williams. There are six players on the court for each side in volleyball if you didn’t know.

Edwards was responsible for some of the best serves of the night for BHS along with freshman Olivia Smith.

Smith was serving on three straight points that went for BHS to start game two as the Lady Panthers once again jumped out to an early advantage.

Gray substituted throughout the match, cycling new players in every few points.

The whole afternoon was a celebration of the new program as the Alexander Junior High volleyball team played first and was followed by a BHS junior varsity match.

Gray was happy with the effort given by his team. He’s preached a message of having fun this season as the team becomes accustomed to communicating on the court.

More than anything, volleyball is a game that demands players talk to one another as they coordinate who’s going to go after the ball and who’s coming up next to strike it.

“We are getting better in every phase of the game,” said Gray. “There were some bright spots tonight that I was very proud of. As we compete and consistently improve, we will be better — it’s just a matter of time. I told the young ladies how proud I am of their progress.”