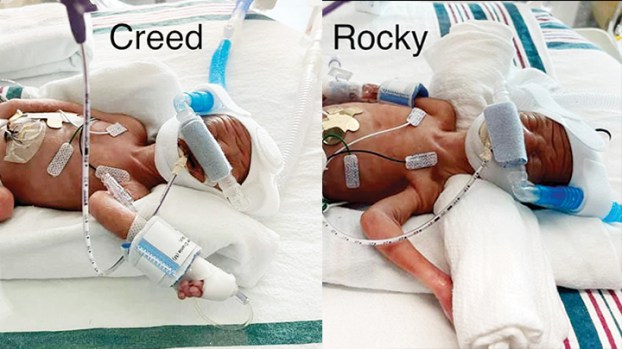 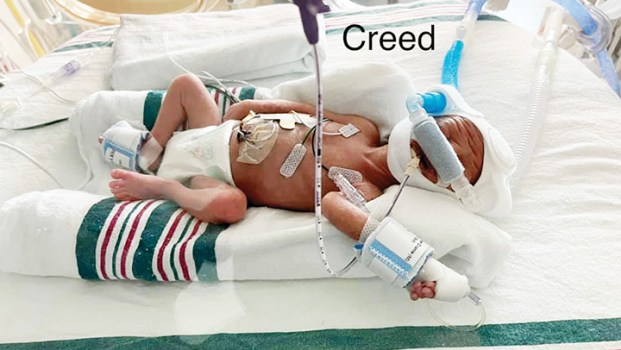 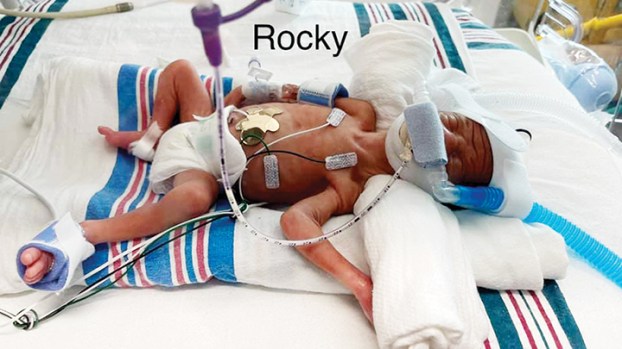 Chanie Fagan, Brookhaven mother of four, is tired but happy.

The health of her twin boys, born Aug. 10, is improving, which is significant, considering they were born at 26 weeks.

Fagan’s original due date was Nov. 17 but a caesarean section delivery was going to be set for late October because she was expecting twins.

She has two daughters, also — a 3-year-old from a previous marriage and a 5-year-old stepdaughter.

“My daughter was born six weeks early due to blood pressure issues, so the doctor was already monitoring that this time,” Fagan said.

She’d had no gestational blood pressure issues with this pregnancy, so believed everything was going well. She was taking her husband Thomas to Meridian to pick up his truck — he’s gone for a week at a time driving a tractor-trailer rig — when she started having pains. The pain turned out to be Braxton Hicks contractions, commonly known as “false labor” because, although they are uterine contractions, they are the body’s way of preparing for actual labor at a later time.

Since her husband was headed back through Jackson on his way to Dallas, he followed Fagan home because her pains were becoming “super, super painful.”

A trip to King’s Daughters Medical Center revealed Fagan was severely dehydrated and had the beginning of a urinary tract infection which may have been the trigger that led to actual labor beginning. Her water broke and there was no time for an epidural, so she was fully sedated and the twin boys were delivered.

The names were given in that order because twins are classified as Baby A and Baby B in ultrasounds, and Fagan said it just made sense to name them in alphabetical order.

The boys were then transferred to Children’s Hospital of Mississippi in Jackson and admitted to the Neonatal/newborn Intensive Care Unit.

“One is doing a bit better than the other. Twenty-four hours after they were admitted to the NICU, they were taken off the breathing tubes, and they are in the process of weaning Rocky off his oxygen,” Fagan said. “Creed’s lungs are not quite as strong yet. But that’s not uncommon for babies born this early.”

Fagan is recovering OK, she said, and she and Thomas are traveling to see their boys as often as possible.

“It’s definitely not the easiest thing. It’s hard when you can’t bring your babies home and you can’t see them anytime you want,” she said. “We can visit them any time we want, but the hospital’s an hour away. We’re going as much as we can, but unless some money happens to appear in our wallets, we’re not going to be able to see them every day.”

If Thomas doesn’t drive, he doesn’t get paid, so family has set up a Facebook donation account to help them with expenses. As they visit their sons, they have Facetimed with their daughters since visitors under age 12 are not permitted.

“It’s going to be a long road,” she said. “We have to just keep praying, and trusting the doctors to take care of them and do the best they can, and trusting God and seeing what God would want us to do in this situation.”