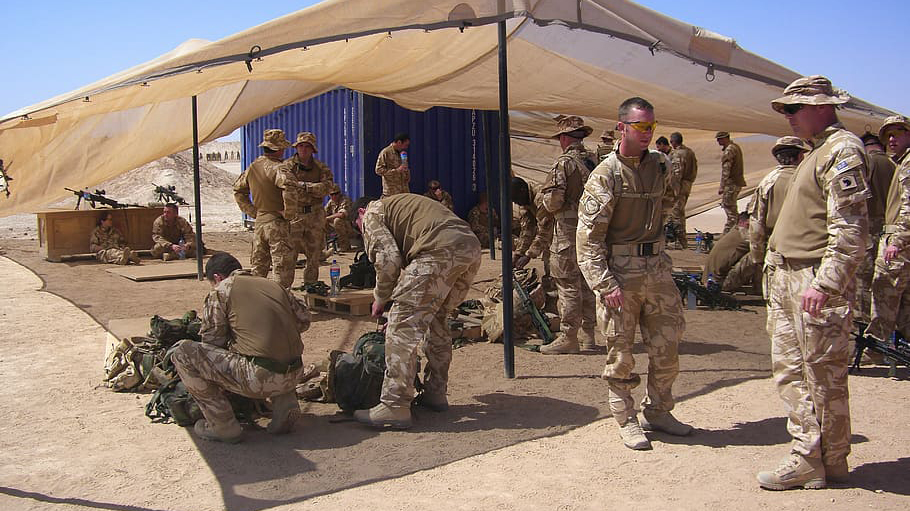 Retired Navy yeoman chief and Lincoln County’s Veterans Affairs Officer Dwayne Gill says he is “seeing the disappointment” from veterans of the War in Afghanistan over recent events there.

U.S. Armed Forces officially began withdrawal from the county in March 2020, after the U.S. and Taliban signed the Agreement for Bringing Peace to Afghanistan. The deadline for full withdrawal is Aug. 31, 2021.

Members of the Taliban — meaning “students” or “seekers” — refer to themselves as the Islamic Emirate of Afghanistan, a militant religious-political movement considered terrorists by multiple governments and organizations.

On July 9, the Taliban had control of 90 of the country’s 398 districts, while 141 remained under Afghan government control and 158 were contested. The Taliban slowly gained more control, holding 132 districts to the government’s 114 on Aug. 13.

Veterans of the United States’ 20-year conflict in the country are deeply affected by the turn in events and what Gill called “so much hard work put into it,” even as President Joe Biden has defended the decision to withdraw forces, saying earlier this week, “American troops cannot and should not be fighting in a war and dying in a war that Afghan forces are not willing to fight for themselves.”

Gill served almost 21 years in the U.S. Navy in the submarine force prior to his retirement. Appointed by the Lincoln County Board of Supervisors in 2013 after the death of the previous officer, Gen. Steven L. Melancon, U.S. Army-Ret., Gill’s part-time role is to guide veterans through paperwork, help with appeals, guide through pitfalls with benefits, etc.

“There are a lot of resources out there (from the VA and other sources), but I still think your local veterans are going to have a harder time utilizing those, because it’s coming from a government entity and that’s who you feel hurt by,” Gill said. “I think veterans will reach out to veterans, brothers.”

While Gill has had no requests for VA materials, he has seen multiple posts from veterans on social media, offering encouragement and empathy to veterans of Afghanistan.

“Social media is playing a large role in this, whereas you didn’t have it back with Vietnam and other wars. You don’t have to scroll around much to see it,” he said.

Some posted comments such as, “I hope they know they did their job and they did it well. This was not their fault or their failure.”

A letter published earlier this week from Veterans of Foreign Wars National Commander Fritz Mihelcic expressed encouragement to veterans of the war in Afghanistan.

“Scores of VFW members know the anger, frustration and sadness you are experiencing after hearing the troubling reports and seeing the disturbing images coming from lands where we sacrificed so much,” Mihelcic wrote. “However, while there is bitter sentiment over this withdrawal, we encourage you to hold your head high. Because of your vigilance, hard work, and selfless sacrifice, you dealt a tremendous blow to Al-Qaeda, taking out its leader Osama Bin Laden, and disrupting its ability to plan and execute another major attack on American soil since September 11, 2001. You who served in Afghanistan with honor, valor and distinction, our nation owes you a tremendous debt of gratitude for the past twenty years of relative safety and security. Your service was not in vain.”

The commander urged veterans to remember they are not alone.

“There are people you or a battle buddy can talk to and resources available to help cope with the stress of the situation,” Mihelcic wrote.

“I’m seeing the disappointment,” Gill said, “but it’s not a military fight anymore. It has become a government thing. For the most part, the veterans are satisfied with their duty, the job they did and other veterans, but it’s hard to see such work go away so quickly.”