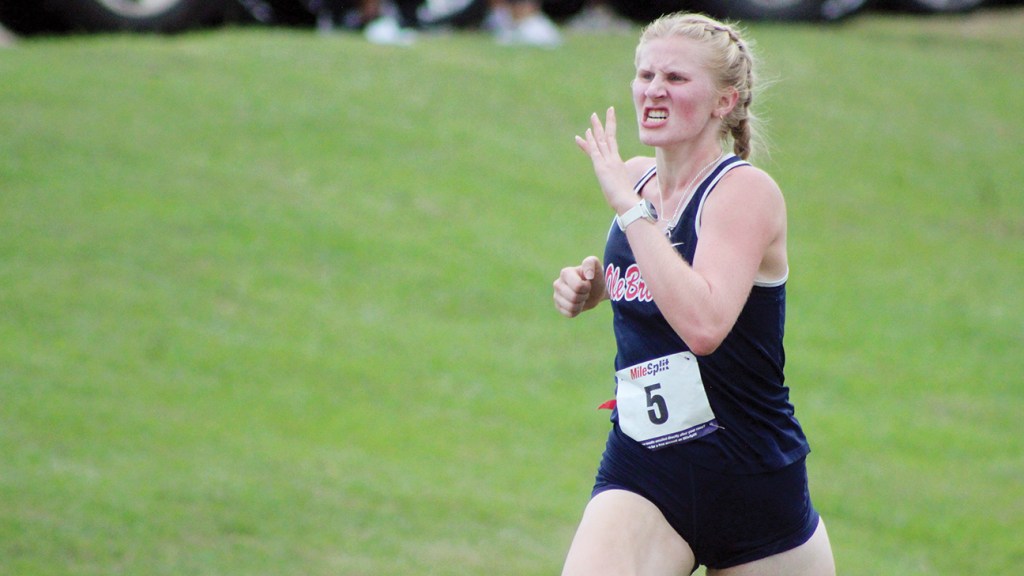 Photo by Cliff Furr Ole Brook senior Amy Mabile gives her all Thursday during her approach to the finish line. Mabile finished sixth as BHS won both varsity races at the Ole Brook Invitational.

It was a picture-perfect start to the MHSAA Cross-Country season Thursday afternoon.

Brookhaven High Cross- Country coach Shannon Knott and his team host one of the top opening season events in the state with their annual Ole Brook Invitational at Hansel King Sports Complex.

In the varsity competition it was a clean sweep for the Panthers as they claimed first place trophies in the girls’ and boys’ races.

Senior Amy Mabile also had a strong showing for BHS as she came in sixth overall. Other top ten finishers for BHS were Annabelle Summers (7th), Raney Scott (8th) and Ellie Slay (9th).

The next race on the schedule for BHS is the Mississippi College Opener on Sept. 4.