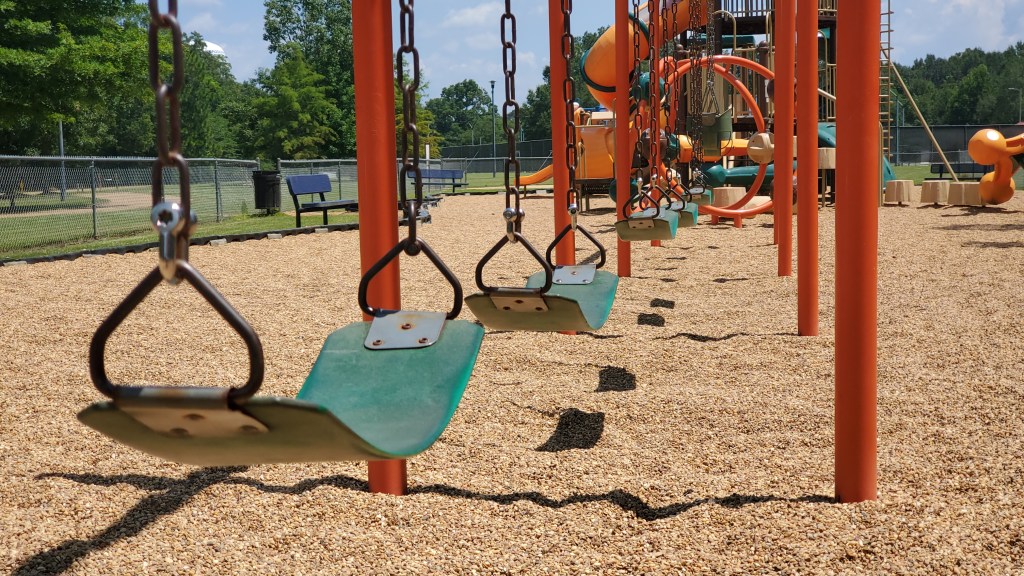 Photos by Brett Campbell While parks are open in the area during the day and are geared toward younger children, Brookhaven Ward 6 Alderman Andre’ Spiller would like to see citizens and leaders throughout the city and county come together to provide positive activities for older children and teenagers.

A persistent issue in Brookhaven and many other municipalities is a lack of organized activities for older children and teenagers. But at least one city leader is looking into what can be done about that.

“I tell parents all the time, we move them along because my officers don’t know who may be trying to sell drugs or be involved in some other illegal activity,” Police chief Kenneth Collins told aldermen at the board’s most recent meeting.

Business owners are concerned that illegal activity may take place on their property or that their property may be damaged, and cleanup of parking lots is often needed after groups of people clear out, Collins said.

Ward 6 Alderman Andre’ Spiller was with Collins when officers cleared a large number of students out of an abandoned structure on a recent night.

Brookhaven’s youth need positive alternatives so they are less likely to opt for activities that are destructive or potentially dangerous to themselves and others, Spiller said.

“As a whole, with the city, our main goal is to improve the area, improve the city and all the wards and in doing that we would like to see something that we can bring forth for these youth,” Spiller said.

The alderman said youth hanging out in parking lots and similar places has been a good thing for them because it has kept them out of other trouble, but now it’s causing problems. Police have to move them along and some of them then get into mischief.

“I think if we come up with some kind of activity or some kind of community programs for these kids, then we can probably get them to where they’re not doing mischievous things and things like that, and we want to try to work to give Brookhaven a better look at our youth. Because after they grow up, those are the ones who are going to be taking care of us,” he said.

The programs of Spiller’s youth that were good and effective then no longer exist in the area.

“Now we need to bring those programs back,” he said. “For the churches and groups like that, that would be a good outreach, as far as places like Southway, and Mt. Wade, Easthaven and First Baptist, and St. James and St. Paul — all these churches, they do things for the kids in the churches and I would like to expand it — if they would be for that — to doing something for these kids around town.”

Spiller suggested the pastors, deacons and other church leaders could meet with the Board of Aldermen at a future special-called meeting, and include the Lincoln County Board of Supervisors, to see what ideas can be shared that would benefit children and teens.

“We would also like to get positive feedback from the community and see what they would like to see,” he said. “Once we get that feedback, see if there are grants out there to help get this kind of thing started. By then, you would know what you could do.”

The next step would be to see what could be done within legal constraints for all involved, such as what kinds of insurance would be needed and what can be done to keep everyone safe.

“Parks and Recreation, they do things for the small kids but then what about the older kids that don’t have anything, really, to do?” Spiller said. “We don’t want kids getting in trouble. What we want them to do is to have somewhere to go to congregate and be able to enjoy each other without being run off or just getting into mischievous things.”

It’s not just the kids, though. Spiller would like to see more activities offered for the elderly in the city.

“We’re got the Jimmy Furlow Senior Citizen Center but there’s nothing really going on there right now, and I understand it may be due to COVID — everyone wants to spread out,” Spiller said. “But there are things we can do where we can spread out and be with one another.”

The programs are not out of reach, Spiller believes — just not yet realities.

“We’ve just got to come up with a plan and make it happen.”