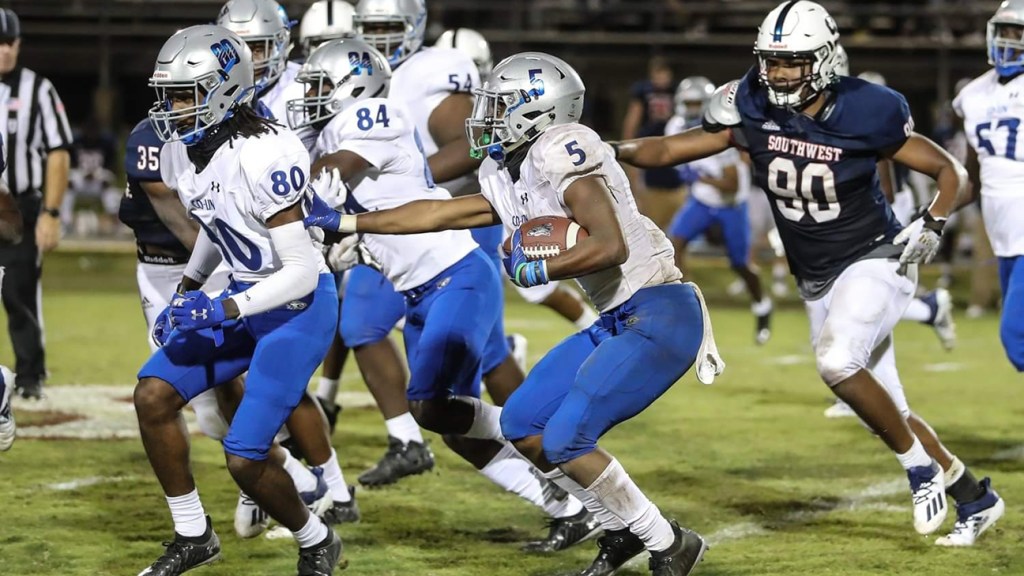 Photo by Co-Lin Sports Info The Thursday season opening matchup for Co-Lin football at Northwest Mississippi CC in Senatobia has not been changed to a later date at press time. Check online with dailyleader.com for updates.

At press time no official announcement had been made about pushing back the MACCC football season opener for Co-Lin that’s been scheduled for Thursday, Sept. 2.

Coach Glenn Davis and the Wolves are to play at Northwest Mississippi CC in Senatobia against the no. 3 ranked Rangers at 7 p.m.

Like other area schools, Co-Lin cancelled classes Monday and Tuesday due to the effects of Hurricane Ida earlier in the week.

A decision about Wednesday classes in Wesson had not been announced at press time.

Southwest Mississippi CC was scheduled to host Itawamba on Thursday in the season opener for both teams, but that game has been moved back to Saturday. Kickoff in Summit is set for 3 p.m. on Saturday.