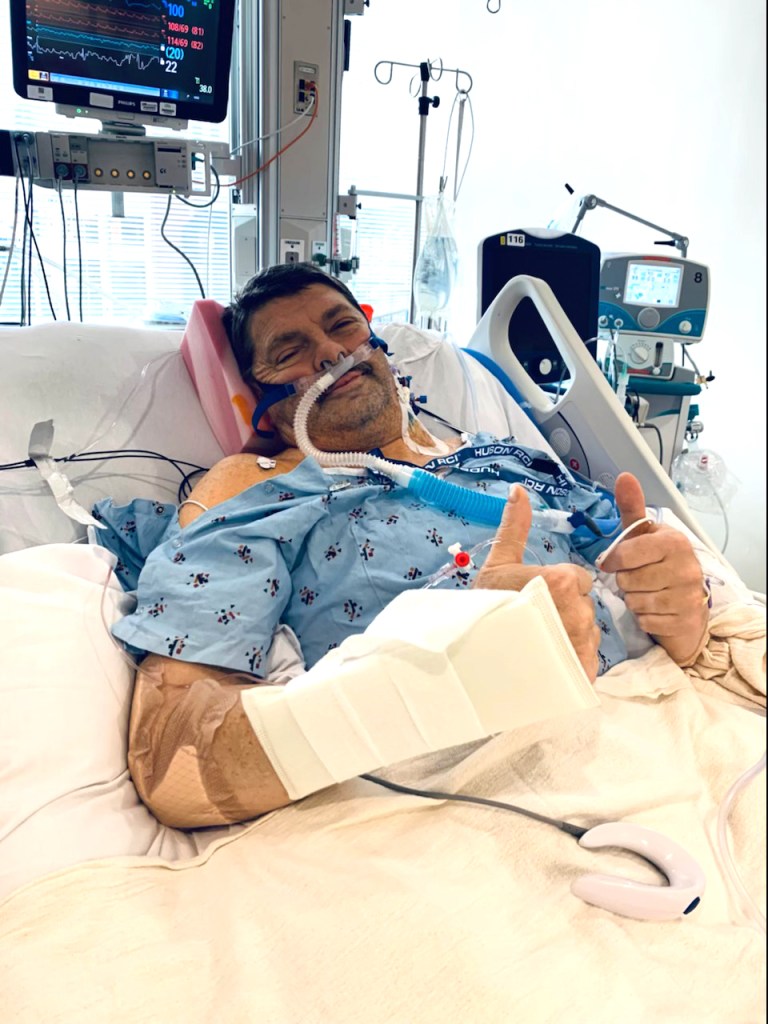 Brookhaven deputy Natchez Barry Huff, who has just undergone a double lung transplant in an Alabama hospital, is in need of community support.

Huff, the younger brother of Willie Ray Huff, a former chief of police in Natchez, is an investigator for the Lincoln County Sheriff’s Office in Brookhaven. He is now on a months-long medical leave after his procedure Thursday.

He and his wife Dosky had to relocate close to the hospital in Birmingham, Alabama — five hours from their home near Brookhaven.

Huff had idiopathic pulmonary fibrosis, a condition which causes scarring in the lungs that worsens over time. Both of Huff’s lungs were scarred beyond repair, making a double lung transplant his only chance at survival.

“Whatever condition he had, it was only getting worse,” King said.

King said everyone he has spoken with who saw Huff’s picture in the hospital bed after the transplant said huff had “a look of relief, hope and gratefulness.”

“They are very grateful to the donor family,” he said. “It’s unfortunate that someone had to die for Barry to have a chance at life. He now has a fresh set of lungs. Hopefully they’re good lungs and he’s grateful to have them.”

However, the months ahead are still going to be difficult for Huff and his wife Dosky, King said.

“(Thursday) morning around midnight, the transplant surgeons at UAB in Birmingham, Alabama, started a 10 plus-hour operation to give Barry Huff a new set of lungs,” King said. “Barry will have three to four months of continued hospitalization, recovery, and rehabilitation. Much of his care will be provided in the Birmingham, Alabama, UAB hospital and various medical clinics.”

To help support the Huff family, a GoFundMe page has been set up gofundme.com/f/barry-huffs-double-lung-transplant or donations can be made by Venmo to @Dosky-Huff.

Two fundraising events are also coming up, in the Brookhaven community for Huff.

Barbecue plate lunches are being sold now until Sept. 23. with the buyer’s choice of chicken, brisket or a combination of the two. The Huff family will also have a booth for a T-shirt sale and silent auction of donated items at the Ole Brook Festival on Oct. 1 and 2 in Downtown Brookhaven.

“There are so many good-hearted people in Natchez that if they know the cause is good they will step up and help,” King said.