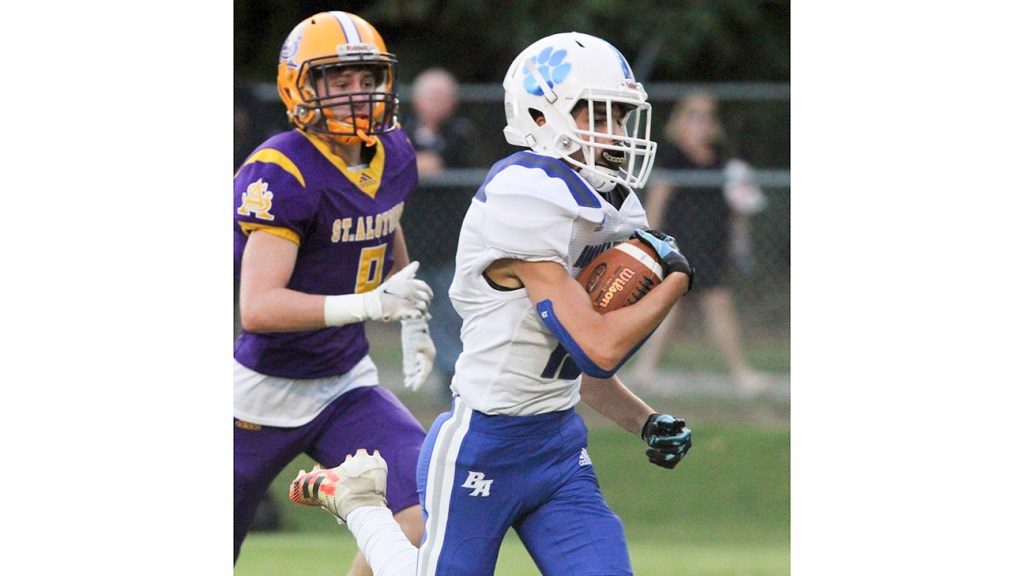 A 56-yard interception return by junior Trevor Fortenberry broke a tie game and proved to be the final score Friday to give Brookhaven Academy a 33-27 win over St. Aloysius in Vicksburg.

The play came with 5:41 remaining in the game and just over a minute after the Cougars tied things up on a 6-yard scoring pass from Tyler Fortenberry to senior wideout Logan Alexander.

That same pair hooked up on a 69-yard touchdown pass just 17 seconds into the game to put BA ahead. The PAT kick was blocked, and the Cougars led 6-0.

It took the Flashes 30 seconds to respond with a 33-yard touchdown run from Padre Gray. The game was back and forth from there on out as St. Al led 20-13 after the first quarter and 27-20 at halftime.

Senior quarterbacks Tristan Wilbanks of St. Aloysius and Tyler Fortenberry traded big plays all night. Wilbanks had a touchdown run and two passes that went for scores — one for 44-yards and another for 53-yards.

Tyler Fortenberry went 12-of-20 passing for 206 yards and two scores to go along with two rushing touchdowns.

The loss drops St. Al to 0-4 on the season. Brookhaven Academy is now 2-1 and will host Copiah Academy for the first on-campus home game of the season next week. Copiah (3-1) dropped their first game of the season Friday with a 42-27 loss to Oak Forest Academy (3-0).