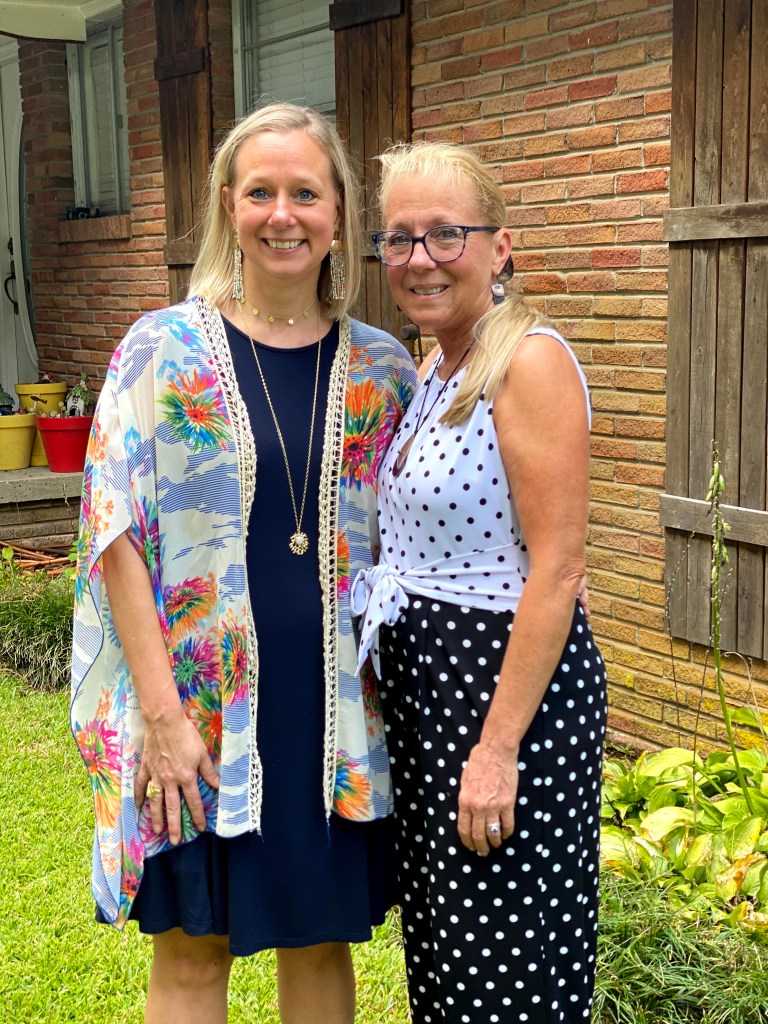 She wound up with the “best-case scenario,” but Leah Allen didn’t know what to expect when she started looking for her birth mother.

She hoped for the best and prepared herself for the worst.

Allen was born in Hattiesburg in 1975, to the 15-year-old daughter of an Iowa pastor. The teen had been sent to the Bethesda Home for Girls to be taken care of as she waited to deliver her baby and give it up for adoption. Her parents were already raising four children, and could not afford to take care of another.

The baby was adopted by another pastor and his wife, and raised in South Carolina. In 2012, Allen moved with her husband Tim to Brookhaven, where she is in her fourth year working for the Brookhaven School District as the high school’s attendance clerk.

She has always known she was adopted — her parents did not keep that from her, and told her how much she was loved to have been given up for adoption by a family who would love and raise her. When she wanted more information as a teenager, her parents told her to be patient and they would tell her all she wanted to know once she was 21.

Her birth mother married and went to Bible college in Missouri. In 1990, she and her husband Bob went to Tanzania as missionaries, and have served the Lord there ever since. Their two children live in Saraland, Alabama.

But her first child was a secret — something never talked about in her home as she grew up, and something she had revealed only to her husband. But one day her daughter found her mother’s medical records on the counter and “being nosy,” looked. When she saw that her mother had listed three pregnancies, she asked … and her mother told her about the adoption and that she was very sorrowful about it and didn’t want to talk about it.

Her daughter respected her choice and didn’t mention it to anyone.

But at age 21, Leah Allen’s adoptive parents told her who her birth mother was. In 1975, the adoption was closed, but they had by accident found out the mother’s name — Delores Adams.

Armed with this new information, Allen tried four times to find her, but every time hit closed door after closed door — records were unavailable, lawyers were uncooperative.

“It seemed like a never-ending fight for nothing,” Allen said. “But I had a feeling my birth parents were in ministry. Maybe it’s because I knew my birth mother’s father was a pastor, or because my dad was a pastor — whatever it was, I had that feeling. But it was not God’s time for me to know yet.”

This summer at Grace Life Church where she and her husband are members, Allen overheard someone say they’d found an aunt they had not known, and she mentioned her adoption. Patti Alderman heard her talk about it and asked if she could help. On the last Wednesday night of June 2021, Alderman sat down with Allen at church and they talked close to an hour. Allen got her mom on speakerphone and she shared the information she had.

“That Wednesday night, I said if I was ever going to do it, I needed to do it now,” Allen said, and she started digging.

Alderman and her husband Tommy helped Allen make a video and posted it on their Alderman Farms YouTube channel that Friday. Within days it had garnered 7,000 views.

The day after it was posted online, a “search angel” contacted Allen through a private message, volunteering her help. Within 20 minutes of talking with the volunteer, Allen had a photo of her birth mother from a high school annual in Clinton, Iowa.

As a high school attendance clerk, Allen knows records. So she called the high school Monday morning and told the records clerk her story, and sent her the video.

On Tuesday, she had an email with her mother’s name, date of birth and a note that she had left the school in January 1975 and never returned. But in the early 1980s, a college had contacted the school for her record, and Clinton High School still had her cumulative folder. Her parents were listed as the Rev. and Mrs. John T. Adams.

Allen immediately began looking for obituaries for an Independent Baptist pastor by that name, and found a Pastor Emeritus Rev. John T. Adams in Wabush, Indiana. His son was now the pastor of the church. Their missionaries of the month were Robert and Delores Dodson.

With the help of her pastor’s wife, Christy Sheppard, she sent a private message and then an email to the missionaries but no answer — they were probably on the mission field in Tanzania, and who knew how long it would take them to get either message.

So she messaged and called until she got in touch with Pastor Adams.

“I believe I’m the daughter your sister gave up for adoption in 1975,” she told him.

Silence. Then he began to share with her fragments of memories that began to make sense to him now, and he promised to try to get in touch with Delores and talk to her.

“My birthday is tomorrow,” she told the pastor. “Nothing would thrill me more than to have a conversation with my mother for my birthday.”

They talked for about an hour, and Donna told her Delores was on her way home for a family reunion. She was either at the airport in Tanzania, in the air or already back in the States.

“I believe you’ll hear from her soon.”

Allen hung up and walked into her bedroom. By the time she came back to the phone, she had a missed call. She called the number and the woman who answered said, “This is Delores, your mother. I just wanted to wish you a happy birthday.”

“Did you know tomorrow was my birthday?” Allen asked her.

“Your birthday has been forever ingrained in my heart,” Delores answered. “There’s not a day I haven’t thought about you.”

After talking for two hours, Delores asked for time to talk with her son and daughter. Allen and her mom kept in touch by text for a few days, then on Saturday, the daughter called.

“I just hope that we can be friends,” Allen told her.

“Leah, I do not want a friend. I want a sister,” she answered.

The next Saturday, July 24, they all met.

It’s amazing what Allen has in common with her mother and sister.

“I say ‘yeppers’ when I would answer ‘yes’ by text. Mom does, too,” Allen said. “My favorite flower is hydrangea, and I had them at my wedding.” So did her sister and her mother.

Allen is a new grandmother — her first granddaughter is just two weeks old, and has already been held by her great-grandmother. They have plans to meet extended family, and she talks  with her birth mother and sister a lot. A lot.

“God has filled in pieces of my puzzle I never knew were missing,” Allen said. “In the Psalms, David wrote, ‘The steps of a good man are ordered by the Lord’ [37:23] and He has continually been faithful. He has been leading. None of this was by happenstance. It happened when it should have happened.”

“All through this, I haven’t always seen how He was working, but He has totally orchestrated all this behind the scenes.”

Her birth mother’s family was unable to take care of more children. Her adoptive parents were unable to have more. The situation has become a gift for all of them, Allen said.

“I want people to see hope and beauty in a 15-year-old giving up her child for adoption,” she said. “I was prepared for a bad scenario, but like my pastor Chris Sheppard said, ‘You have the best-case scenario.’”