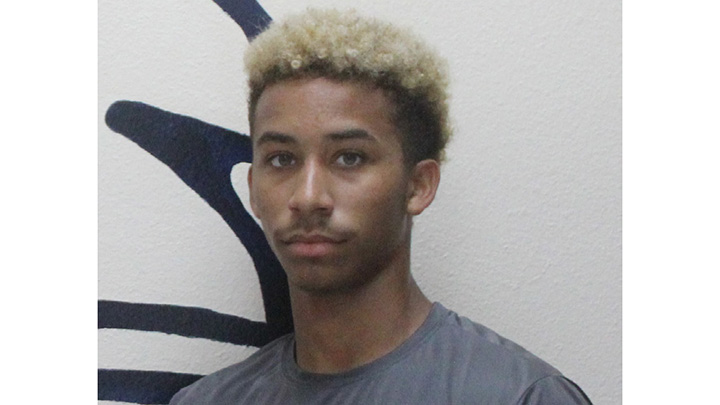 Photo by Cliff Furr A 52-yard touchdown run by Bogue Chitto’s Cameron Williams was the only score of the night in the Bobcats’ victory over Mize.

For the weekly high school football roundup, Bogue Chitto gutted out a win over Mize, and Lawrence County beat Taylorsville in Taylorsville.

The first ever win for Bogue Chitto against Mize is one that Bobcat fans won’t soon forget.

A 52-yard Cameron Williams touchdown run in the second quarter ended up being the only score of the night as the Bobcats won 7-0 over the Bulldogs from Smith County.

BC junior quarterback Colton Frith exited the game early on after getting banged up. His replacement was freshman quarterback Jax Leggett.

Leggett got a fair amount of game reps last week in a win over Enterprise and helped lead his team to the win on a muddy Troy Smith Field.

Coach Gareth Sartin and his Bobcats (3-1) are at Puckett next week.

Lawrence County led 32-7 at halftime on the way to a 32-20 win Friday at Taylorsville High.

Taylorsville is the two-time defending 2A state champion but has dropped down to the 1A classification this season. The depth of 4A Lawrence County proved to be too much to overcome.

Coach Jesse Anderson and his LC Cougars (3-1) host homecoming next when Tylertown visits Monticello on Friday.

The Colonels play in the 5A class of MAIS football while the Cougars are a 4A team in the sport. Copiah was bigger and deeper than the hosts and led 26-0 at halftime.

Coach Anthony Hart and his Cougars (3-2) travel to play at Columbia Academy next week. It’ll be a district game for the teams and BA is 1-0 in division play after Bowling Green forfeited their game earlier this season.

A close game early ended in a 36-14 win for the Amite School Center Rebels Friday over the Enterprise Yellow Jackets in Liberty.

An ASC team that had their numbers bolstered by some recent transfers led 16-8 at halftime.

Enterprise (2-2) and coach Trey Woodard get Region 4-1A play started next week when they host the Taylorsville Tartars.

The McLaurin Tigers picked up their first win of the season Friday with a 22-7 defeat of the West Lincoln Bears. McLaurin is coached by former Loyd Star head coach Sid Wheatley and the win broke a 20-game losing streak for the team.

Coach Brad Bland and West Lincoln (0-3) are back on Perry Miller Field Friday when they host East Rankin Academy.

The defending MHSAA 1A state champion Lumberton Panthers made for a sour homecoming in Wesson Friday with a 28-18 win over the Cobras.

A 50-yard touchdown run by Tarayvian Miller put the Cobras up 6-0 in the first quarter. Wesson coach Jeremy Loy then called for the onside kick and his team recovered.

A touchdown run by senior Collin McGowen put the Cobras up 12-0 in the early going.

Lumberton tied the game at 12-12 and then went ahead 14-12 on a 2-point conversion run by Rodney Parker.

The Lumberton offensive blitz ended with them scoring three unanswered touchdowns in the half to take a 20-12 lead into halftime.

The Panthers used a couple second half interceptions to keep the Wesson offense grounded after halftime as they increased their lead to 28-12.

The final Cobra TD of the night came on a Lane Westrope scoring run. Wesson (2-2) travels to play at Mize next week.

The Hornets (4-0) and coach Brian Ford had their home game against North Forrest cancelled due to a COVID-19 outbreak within the Eagles program.

Loyd Star is back on W.E. “Sambo” Smith Field next week for homecoming as they host the Stringer Red Devils.