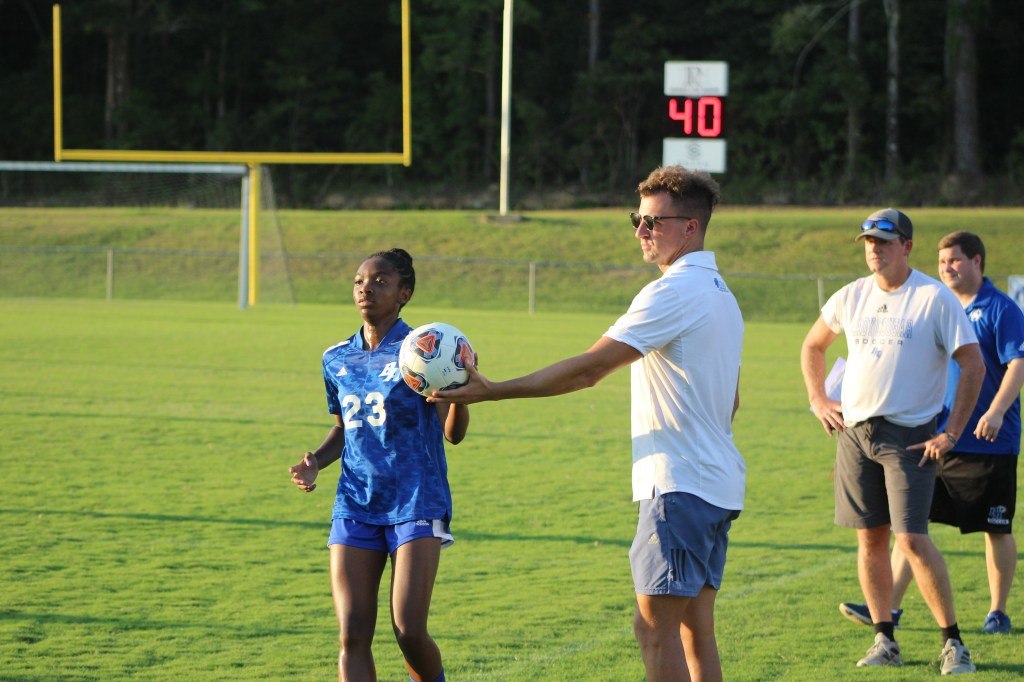 The Brookhaven Academy girls’ soccer team made history this season as they won their division for the first time in program history.
The payoff for that is hosting a first-round playoff match, which will also be a first for the team as they’ll host Saint Joseph Catholic of Madison tonight at 6 p.m.

The match on R.M. “Red” Stuard Field will also be the first meeting ever between BA and Madison-St. Joe.

The Bruins are in their first year as members of the Midsouth Association of Independent Schools (MAIS) after previously playing in the MHSAA.

As an MHSAA member there is strong history for St. Joe as a soccer program. Coach Dwayne Demmin has built the school into one of the parochial state powers in the sport.

This season St. Joe finished runners-up in the Central Region of MAIS Division II soccer to Lamar School of Meridian. The meetings between the teams were close with Lamar winning 2-1 and 4-3 in overtime.

BA and first year head coach Alex Brown were winners of the South Region-DII after only losing one division match, a 3-2 double overtime loss at ACCS in Natchez.

Oak Forest Academy finished second in the region and will play at Lamar in the first round.

Brown doesn’t have an overwhelming amount of film available to scout St. Joe, but from what he’s seen, the Lady Bruins will be a stiff test for his team.

“They’ll be one of the best teams we’ve played this season, if not the best,” said Brown. “They can move the ball well, they’re pretty solid all the way across the back line with their defending. They have two major threats in their attack. They’ll try to play through those two all night. They’re going to be really physical, so our girls will have to be ready for that.”

Brown’s team last played on Sept. 28 in a 5-1 win at Cathedral School in Natchez. The win moved Brookhaven’s record to 20-5-1 on the season.

Those three plus eighth grader Karen Hernandez had an assist apiece as well against Cathedral.

Goalkeeper Amelia Anding makes up the senior trio for BA along with Rounsaville and Adams. Anding recorded nine saves against Cathedral. She made a season high 18 saves in a 1-0 win over Oak Forest that was a big part of her team claiming the region title.

The winner of BA’s match and the Lamer School versus Oak Forest game will meet Thursday, Oct. 7 with the higher remaining seed hosting. The MAIS state championship will take place Monday, Oct. 11 at Jackson Prep.

The other Division II first round pairings are Starkville Academy versus Bayou Academy and Pillow Academy taking on Heritage Academy.