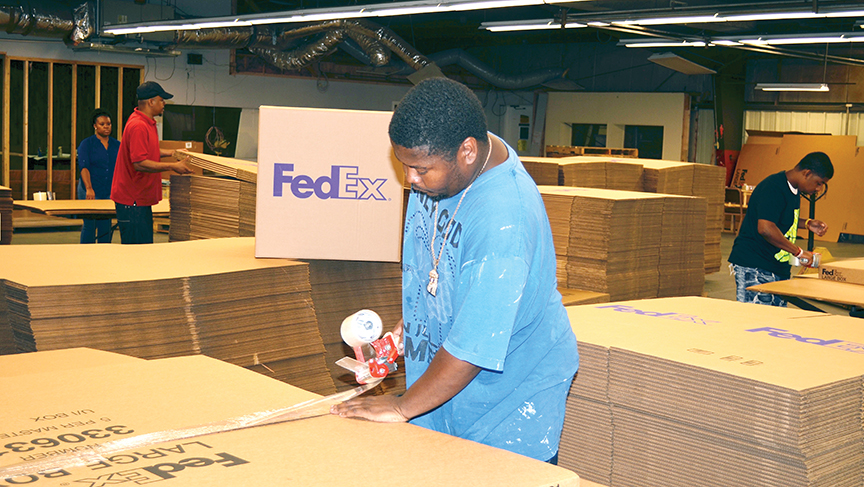 Ability Works provides vocational assessment, training and experience for individuals with disabilities, but that work is being hampered by ongoing issues with the county-owned building, according to facility manager Michelle May.

May, who has worked as an evaluator with the Mississippi Department of Rehabilitation Services at Ability Works since 2014, and stepped into the role of facility manager July 1, addressed the Lincoln County Board of Supervisors during its first meeting of October Monday morning.

“Renovations were done from 2017 to 2018, but were insufficient,” May said. “There are still leaks everywhere.”

May said she knew supervisors had toured the facility at some point with the previous manager, but was unsure if they had seen the existing problems with the building prior to renovations.

County engineer Ryan Holmes said it was the first he had heard of the issues, as well.

May distributed photos of some of the leaks in the Ability Works office area, and said the workshop area had leaks, as well — some fairly bad.

“I’m sure if you were invited to tour the facility prior to renovations then you would have seen that it needed more done” once the latest renovations were completed, May said.

“It has a new roof and that has a warranty,” Holmes said, adding he would contact the company to evaluate the problems. “How long has it been leaking?”

“It’s been leaking pretty much since that time (of renovation work),” May said. “It seems like corners were cut.”

The board toured the facility prior to work in 2017, Holmes said, met with an architect and planned what work could be done within the budget constraints of the time.

“Corners weren’t cut, but we had a budget we had to work with,” he said. “We had a walk-through before and after. There was a strict budget that we had to work within because the state is paying rent and there was a lot that needed to be done that we worked around due to the restricted budget. But there were no corners cut.”

“My concern is that it’s a recipe for disaster down the road,” May said. “I thought the previous facility manager would have come and told the board about the issues.”

Brown thanked May for bringing the matter to the attention of the board, and reiterated that Holmes would make the necessary contacts to have the roof checked and repaired.