Festival goers can be ‘Voice for the Children’ 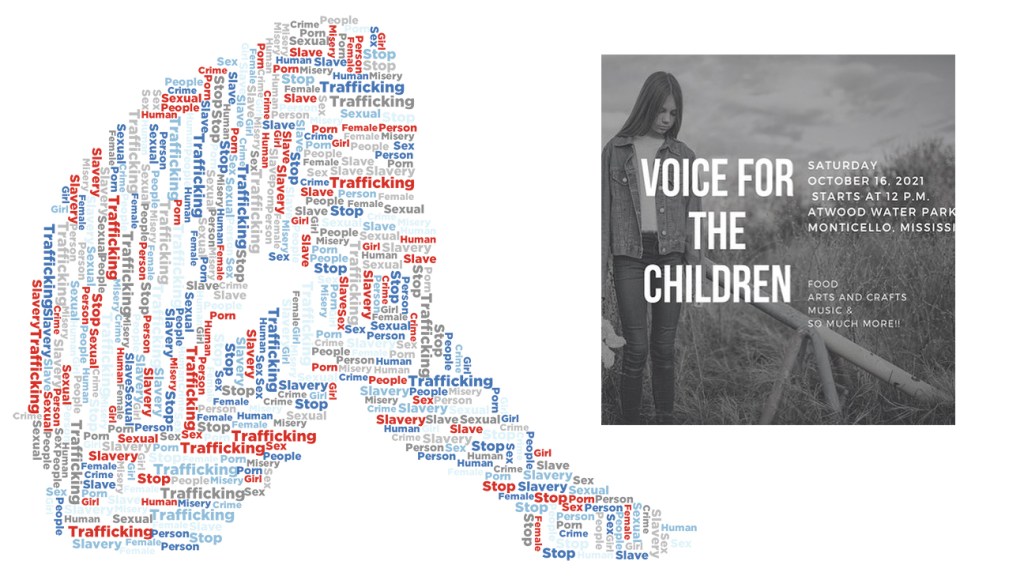 In 2020, Richard founded “Voice for the Children,” a non-profit organization that works to rescue children from trafficking.

Child trafficking takes place in each of the 50 U.S. states. According to the U.S. Department of State 2019 Trafficking in Persons Report, 77% of trafficking victims are exploited within the country in which they live.

Statistics from the National Human Trafficking Hotline show a 25% jump in cases from 2017 to 2018, including sex and labor trafficking. Of the more than 23,500 runaways reported to the National Center for Missing and Exploited Children in 2018, one in seven were likely victims of child sex trafficking.

Worldwide, as many as 27 million men, women and children are held in slavery, according to the Mississippi State Department of Health.

“Human trafficking is happening in Mississippi, with Mississippians as victims,” MSDH reports. “Human traffickers prey on those who become disadvantaged — even temporarily — due to age, social abandonment, economic hardship, disasters, emergencies or criminal activity. The demand for cheap labor drives the market for human trafficking victims.”

The second annual Voice for the Children Festival will be Saturday, Oct. 16, at Atwood Water Park in Monticello, beginning at noon. Food, arts and crafts children’s activities will be available, as well as live music. Admission is $10 or free for children age 10 and younger.

Richard said God put it in her heart to start this organization.

“So, I stepped out in a big leap of faith and went from there,” she said.

More than $2,500 was raised at the 2020 festival and more than 50 children across the United States were rescued through Voice for the Children’s efforts.

It’s not too late to get involved with the festival as a vendor, Richard said. Interested persons can call her at 601-320-3778.

Some signs to look for to identify trafficking are:

• Lack of identifying documents such as a driver license or passport.

• Lack of control of their own money.

• Unwillingness to communicate or socialize.

• Being underage age for their work.

If you know of or suspect someone is a victim of human trafficking, call the national Human Trafficking Hotline at 888-373-7888.