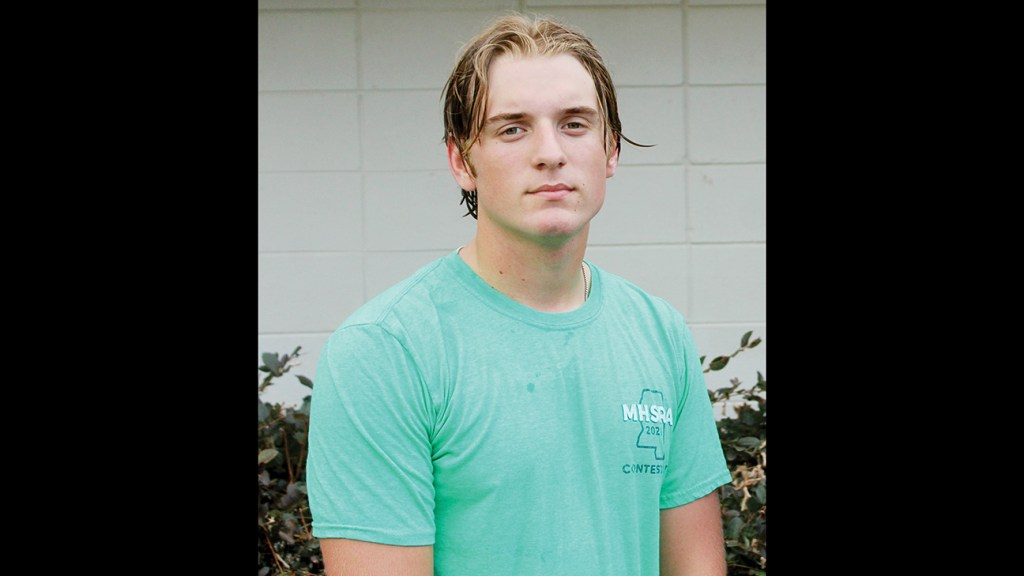 Senior defensive end Carter Smith was a player that Hart knew he’d be counting on heavily in his first year at the school. Against Syvla-Bay, Smith picked off a pass, recovered a fumble and made four tackles. For his efforts, he’s been named The Daily Leader Player of the Week.

Smith wasn’t the only Cougar with an interception and a fumble recovery to his credit — junior Easton Boyte had those stats as well. Senior Michael Watts also snatched an interception for BA.

Sylva-Bay blocked a punt early and appeared poised to score as they took over on the BA 9-yard line. That touchdown never came though as a muffed exchange led to the first turnover of the night for the Saints.

Cougar quarterback Tyler Fortenberry then led his team on a 95-yard drive that was capped by a 5-yard touchdown pass to Rayce Stewart.

Six of the Sylva-Bay turnovers came in the first half as BA led 35-7 at halftime.

Smith has been a crucial two-way starter for BA this season as the Cougars (6-2) hit the closing portion of their schedule.

Friday the caravan of fans that follow the team will head to the Amite and Wilkinson County lines to face the Centreville Academy Tigers. The regular season finale will be on Oct. 22 in a huge division game against Wayne Academy.

The CA Tigers are one of the all-time great private school teams in state history as they’ve won nine state championships. They hold a 34-10 advantage all-time over BA in head-to-head matchups.

The Cougars though have been on a roll of late as they’ve won three-straight over Centreville.

The game is a non-district matchup as the teams are in different classifications but beating a Centreville team that’s currently 7-2 would give Brookhaven Academy a boost in playoff seeding.

The play of Smith and the BA defensive line will be huge in making that happen as Centreville is a team that runs the football with discipline. Senior Ben McGregor is the bell-cow for the CA run game this season as he’s carried the ball 100 times thus far for 689 yards and 11 touchdowns.

Kickoff between Centreville and BA is set for 7 p.m.