BA Cougars are No. 3 seed in MAIS 4A football playoffs 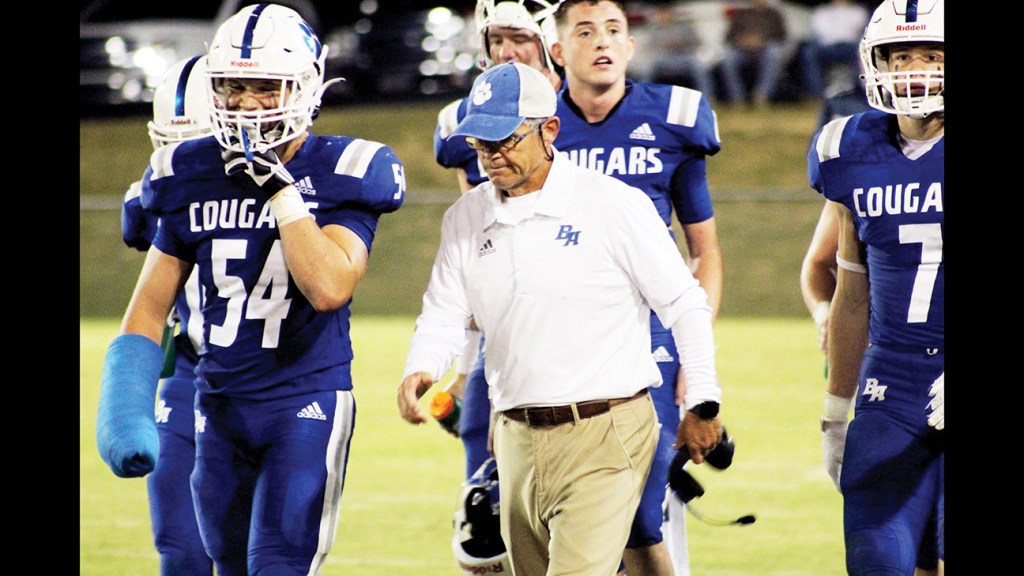 Photo by Cliff Furr Brookhaven Academy coach Anthony Hart and his team are off this week with a first round bye in the MAIS 4A football playoffs. The Cougars await the winner between Marshall Academy and Kirk Academy for a second round game Nov. 5 at BA.

It all came together fairly well for the Brookhaven Academy Cougars in regard to the MAIS 4A football playoffs.

The team is seeded No.3 in the bracket and therefore have a first-round bye in the 12-team field.

Greenville-St. Joe is the top overall seed and has a record of 8-1, with their only loss coming to 6A Jackson Prep.

Adams County Christian School is the No. 2 seed and on the same side of the bracket as BA. Coach David King’s Rebels are 8-2 and have losses to 5A Oak Forest Academy and 6A Parklane Academy this season.

The No. 4 seed is Oak Hill Academy of West Point. The Raiders are 5-5 overall and are a top four seed with a first-round bye after winning District 1-4A.

BA awaits the winner for a second-round game on Nov. 5 in Brookhaven.

No. 8 Carroll Academy (6-4) — coached by former BA head coach Bo Milton — and No. 9 Indianola Academy (6-4) meet in another first-round matchup with the winner on to face top seeded Greenville-St. Joe.

Carroll lost to IA 18-16 when the teams played in the regular season.

Tri-County Academy (9-1) is the No. 5 seed and only has a 19-18 loss to ACCS marring its resume. They’ll face No. 12 seed Columbia Academy (3-8) in the first round. The winner will travel to play a second-round game at Oak Hill.

Coach Anthony Hart’s Cougars lost 46-21 to ACCS in the season opener and have won five straight.