Breast cancer survivor wants to be an encourager 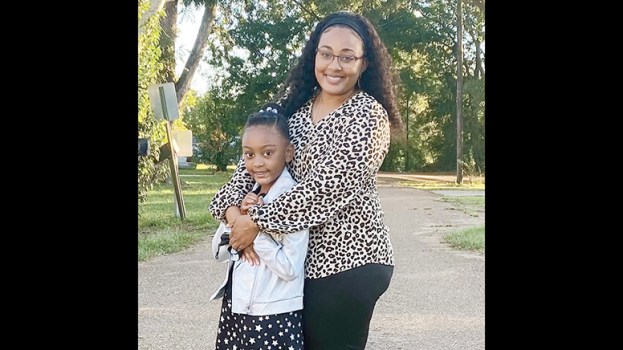 Photo submitted Chasity Gayten, with her daughter Caidence, was diagnosed with breast cancer as a high school senior. 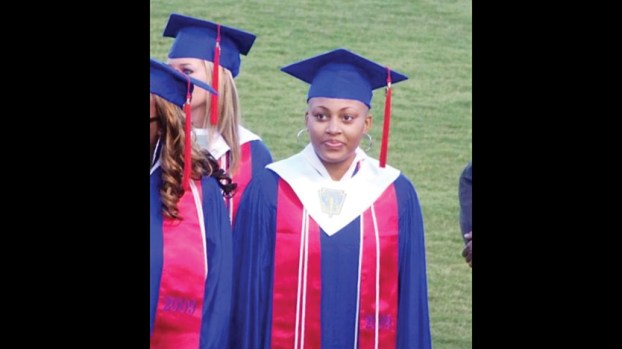 Photo submitted Chasity Gayten was diagnosed with breast cancer as a senior at Brookhaven High School. 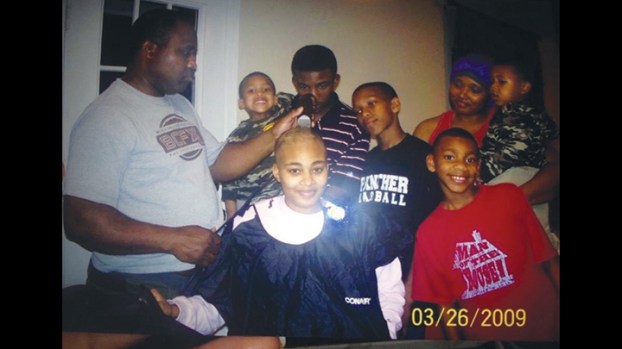 Photo submitted Chasity Gayten was diagnosed with breast cancer as a high school senior. Her father Willie Gayten shaved her head while her siblings surround her with encouragement in a photo taken by her stepmother Latronda Gayten. 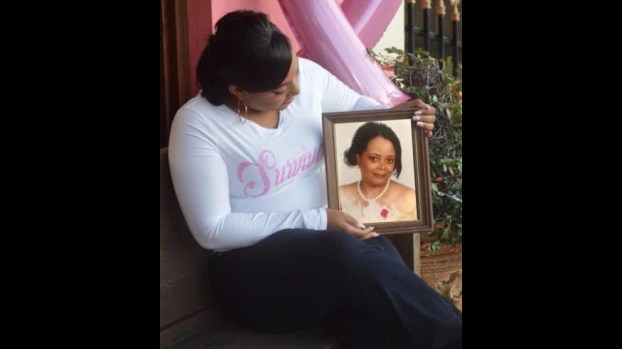 Photo submitted Chasity Gayten was diagnosed with breast cancer as a high school senior. She holds a photo of her mother, Tracey, who died from breast cancer when Chasity was 12.

Chasity Gayten was a Brookhaven High School senior when she found a lump in her breast.

It was the night of Christmas and she’s still not sure why she decided to perform a self-exam.

“I actually was not sick. I was living my normal high school senior life doing all the things — dance, student council, National Honor Society,” Gayten said. “I have a feeling it was my sweet guardian angel who maybe whispered in my ear to do it.”

When she found what she said felt like a marble in her left breast near her sternum, she was surprised and concerned. When Gayten was 12 years old, her mother Tracey had fought breast cancer … and lost.

She was shocked to find something at such a young age. Her parents began taking her to see doctors and within a week she was diagnosed with stage 2 breast cancer.

“The process went extremely fast after that because they wanted to go ahead and get the cancer out of my body,” Gayten said.

Doctors removed the 2.5 cm mass, which had not attached to any other tissue, along with all of Gayten’s breast tissue in both breasts and all of the lymph nodes on her left side.

She had reconstructive surgery — “Only because I was so young and I didn’t really know what to expect in the future” — and underwent eight treatments of chemotherapy. All the while, her BHS counselors were helping her to make sure she graduated — she had already completed all of her required credits — and her family and friends were rallying around her.

Her chemo involved four very strong treatments, dubbed “red devil” treatments, and four milder treatments. After her first treatment, she felt very good until she made it home. Then she got “extremely sick” and laid down on her side on the floor.

“I was so weak and I couldn’t move,” Gayten said. Her father, Willie Gayten, picked her up and carried her to her bed and told her something that gave her great encouragement.

“Just because your mom didn’t make it doesn’t mean that you’re not going to make it,” he told her. “We’re going to fight this and we’re going to get through it.”

“My dad and stepmom are very strong Christians and they were there for me and fighting with me,” she said with a smile in her voice. “I think that’s why I was so positive during the entire process and trying to keep myself afloat.”

Though the treatments were difficult, at times sapping her strength to the point she couldn’t speak or do much else, and patients are not expected to be in good spirits the entire time, Gayten still wanted to be positive — for herself and others.

“I have truly been blessed. I didn’t have to have radiation,” she said. “(Back then) I automatically thought that my life was basically over because my mom had already gone through it and she didn’t make it. So I thought, ‘Wow — I haven’t even lived the life that God has planned for me or done what I want to do in my life,’ but I think I was so strong because I didn’t want others to see me not feeling good or not being strong.”

At one point early in the treatments, her family was preparing to attend revival services at their church. Gayten was brushing her hair and all the hair on the crown of her head fell out. She thought of a classmate whose mother had just lost her fight with cancer. She was worried and embarrassed and just wanted to stay home.

Her stepmother Latronda Gayten told her, “It’s OK. We have you,” and led her into the dining room, where her family gathered around her as her father cut off the rest of her hair. Perhaps surprisingly, Gayten is smiling in a photo of the event and loves that picture.

“My brothers and my sister and my dad are in the picture, and my stepmom took it so I know she’s there, too,” she said. “I had my family and I had that love to get me through.”

Her classmates, boyfriend and coworkers were all very supportive of her as well, she said. But no one more than God.

“God is creator of everything, and no matter what we go through he is always there for us,” she said. “We are humans, so of course we’re automatically going to have our own views of everything, but in the end it’s his book that he has written for us and we won’t understand all he has planned for us.”

Gayten is 31 now and 12 years cancer free. She works part-time at Walmart Pharmacy in Brookhaven and is a full-time teacher at North Pike High School. She teaches grades 9-12, but mainly ninth-grade Mississippi Studies and world geography.

“I start off my week with my students with a positive quote, every week, because you never know what they are going through,” she said. “Kids in high school have to experience so many things and some have to grow up faster than they would like to. It’s my job to be there and show them I care for them.”

She tells her students during Breast Cancer Awareness Month in October about her own fight with cancer as a senior in high school.

“They’re amazed because they look at me and can’t believe I had cancer,” Gayten said. “I say, ‘Well, what is a person who had cancer supposed to look like?’”

She makes sure her students understand that cancer is a possibility for anyone and that even young men can get it. Her students need to be aware of what breast cancer is and what it can do. She is making sure her daughter Caidence understands, too.

For some survivors of breast cancer and people who have lost loved ones to cancer, special emphasis months can be hard, harsh reminders of difficult times. But for Gayten, it’s still more of a positive thing than negative.

“It’s not as hard as it would seem, only because me telling my story and my testimony can be helpful to someone who may not know and who may be the age that I was during that time,” she said. “Back then, going through cancer when I did made me a stronger person because when you go through something so traumatic you have no choice but to be a strong person. People say I always have a smile on my face and I’m so positive, but you never know what someone else is going through and they may need me to be smiling and positive. We need to be an encouragement to others.”