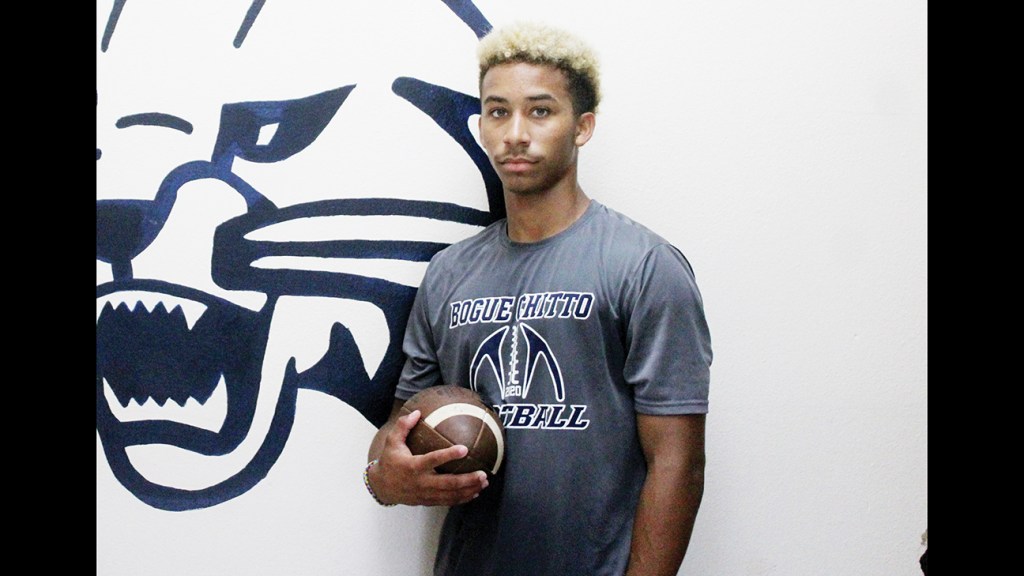 File photo Bogue Chitto junior Cameron Williams has been selected as The Daily Leader’s Defensive Player of the Week.

The numbers speak for themself when you’re talking about the Bogue Chitto Bobcat defense. A 7-0 win over Mize in the mud, a 13-7 victory against Puckett on the road, a 17-6 region win at West Lincoln and a 13-12 overtime win at East Marion when both teams were tied 6-6 after four quarters.

This group of Bobcats is all-in on playing defense for head coach Gareth Sartin and defensive coordinator Chad Norton. Friday, they did more of the same as the Bobcats wrapped up second place in Region 7-2A with a 31-8 win over Amite County.

Junior Cameron Williams made a team-high four solo stops in the win to finish with nine total tackles for BC in the win. For his efforts, Williams has been named The Daily Leader Defensive Player of the Week.

Williams is second on the team in solo tackles with 17 this season, one behind senior linebacker Colten Bales. In his career he’s played on the edge as a corner and would often be found around the ball as a freshman starter.

This season Williams plays an important role as the speedster on the back end of the Bobcat defense. He runs sideline to sideline, but also doesn’t let anyone get behind him for a big play.

And if that does happen, if an offensive player gets behind him, then Williams is going to give it all he has to run them down.

That type of hustle play was huge against East Marion as he ran down an Eagle defender on a long gain and tackled him inside the 10-yard line. That would be one of the plays of the game as it kept a sure EM touchdown off the board and the Eagles ended up getting nothing from the possession.

He’s also the top pass catcher on the team after pulling in 17 passes for 348 yards and five scores this season. Williams averages 21 yards per catch and 10 yard per carry when he rushes the ball.

The Daily Leader All-Area team doesn’t come out until after the season concludes, but Williams is a near shoe-in to make it for a third straight season after helping set the tone for a hungry group of cats.