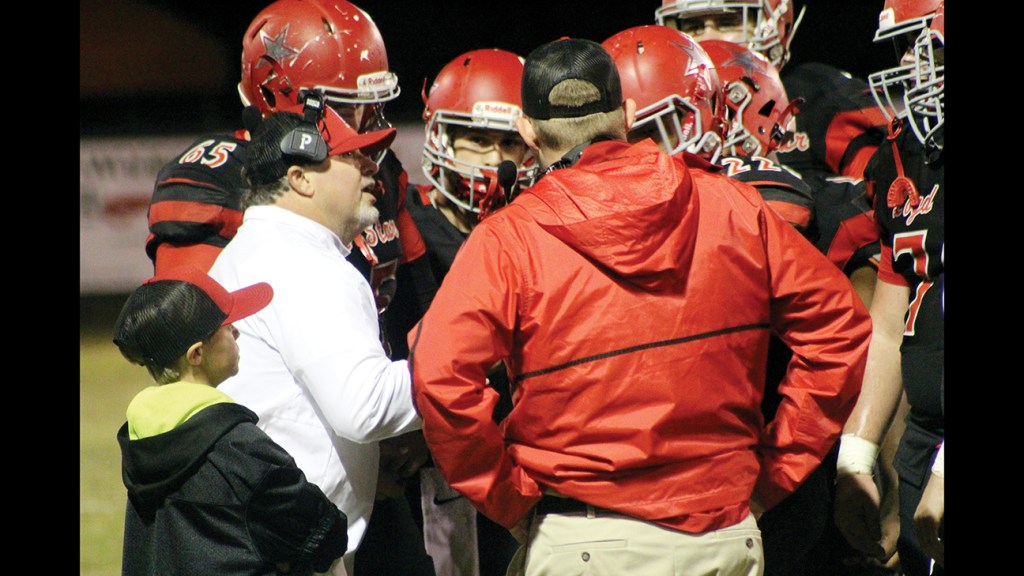 Here’s a look at what the coming playoffs entail for five area high school football programs.

After an opening round bye, the Brookhaven Academy Cougars (8-2) are hosting the Kirk Academy Raiders (6-5) of Grenada in the MAIS 4A playoffs.

Slowing down senior running back AJ Wren of Kirk will be one of the keys for coach Anthony Hart’s BA defense. Wren is one of a handful of players that transferred to Kirk after Charleston High canceled football in 2020 due to COVID-19.

The Raiders were 3-7 last season under first year coach Mike Beagle. The 6-5 record this season for the team is the first time that Kirk Academy has finished above .500 since 2008. That year KA went 12-3 and lost in the MAIS AA State Championship to Centreville Academy.

BA hosted Kirk Academy in the 2019 postseason and beat the Raiders 27-0 in that matchup.

The Cougars are the third seed in their bracket and a win would move them on to face the winner between Adams County Christian School and Riverfield Academy.

The Loyd Star Hornets (10-1) want to keep a memorable season going when they host the Pisgah Dragons (3-7) in a MHSAA 2A first round playoff game.

Blocking is going to be huge for the Bogue Chitto Bobcats (8-2) when they host a a fast, athletic group of Pelahatchie Chiefs (5-5) in the MHSAA 2A playoffs first round.

The senior duo of JD Williams and Quay Ragsdale are two of the main playmakers for Pelahatchie on both sides of the ball.

Former coach Sam Williams went 27-11 in three years at Pelahatchie before being hired away by Ridgeland High for one season. Williams is now in his first year as head coach at Brandon High.

When Williams left PHS, he was replaced by Ryan Keeton. The Chiefs were 6-6 last season in Keeton’s first season at the school.

Kickoff on Troy Smith Field is set for 7 p.m.

Cobras get a rematch

The Chiefs came storming back behind the play of Ole Miss commit Jeremiah Dillon to take an eventual 46-30 win.

Dillon currently sits at 41catches for 16 scores thus far in 2021. The Chiefs have not truly been tested since a 26-14 win over Lawrence County in late September.

In four combined Region 7-3A games, the Chiefs out-scored Franklin County, Wilkinson County, Jefferson County and Port Gibson by a combined total of 204-0.

THS quarterback Amerion Jefferson, a 5-foot-8 sophomore, has thrown for over 2,000 yards and 28 touchdowns to lead a lethal offense for coach Osborne Holmes.

Kickoff in Tylertown is set for 7 p.m.

Coach Jesse Anderson and his Lawrence County Cougars were members of Region 6-4A for the last two seasons before moving to Region 7 this year.

A first-round playoff matchup against McComb High has LC facing one of its former Region 6 foes on the road.

McComb started the season out with two forfeit losses due to COVID-19. When they got on the field the Tigers lost 18-8 to Brookhaven High and 14-12 to Moss Point.

The first win of the season was a 20-15 victory over South Pike before the Tigers and coach Willie Brown lost 19-12 to the region champs at North Pike. A 48-13 win over Raymond last week locked up second place and a home playoff game for MHS.

Kickoff in C.C. Moore Stadium is set for 7 p.m.