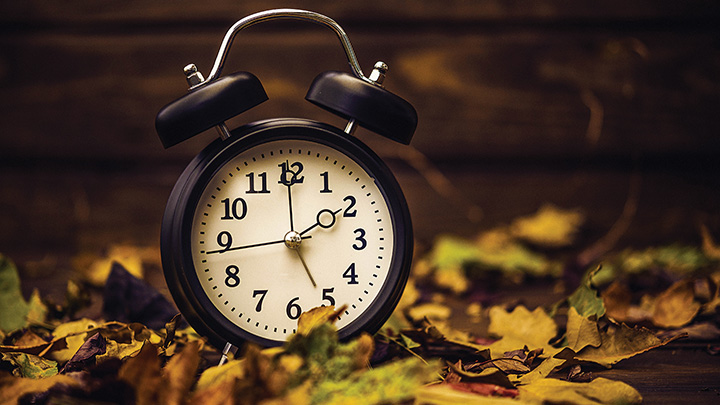 Spring forward, fall back. The short phrase reminds people in areas that observe Daylight Saving Time to move their clocks forward one hour in the spring and back one hour in the fall.

This year, DST ends Sunday, Nov. 7, at 2 a.m. and it leaves a question hanging in the air — is this the final time Mississippi residents will “fall back”?

For a few years, the state’s Legislature has introduced and passed a constitutional amendment to remain on DST year-round. Each year it has borne the same name, “Sunshine Protection Act.” So what has kept Mississippi from enacting the amendment and remaining on DST once it begins in the spring?

The answer is the United States Congress.

Since 2015, at least 350 bills and resolutions have been introduced across the majority of U.S. states, but none had significance until 2018, when Florida enacted legislation to permanently observe DST — pending an amendment to federal law to permit such action. Nineteen states in all have passed resolutions or enacted legislation to remain on DST if Congress allows, but to this point, Congress has not.

“The call to end the antiquated practice of clock changing is gaining momentum throughout the nation,” Rubio said this week.

“The public safety improvements, economic benefits and the well-being of the American people are all excellent and credible reasons to embrace year-long daylight saving time,” Hyde-Smith said in March.

Research suggests repeated time changes are not good — car accidents, workplace injuries and heart attacks increase in the days after DST begins and an hour of sleep is lost. The fall changes have also been linked to depression and increased suicide rates.

Benjamin Franklin is credited with first introducing the idea of a seasonal time change in 1784. No laws were made for the change, however. DST began in 1918 in the United States to help conserve fuel use during the first World War. Year-round DST was observed in the U.S. during World War II 1942-1945 and again during the Vietnam War 1974-1975.

With a few exceptions, DST has begun on the second Sunday of March and ended the first Sunday in November annually since 1966, except for the areas choosing to remain on standard time. Those areas were Hawaii and Arizona, and the territories of American Samoa, Guam, Puerto Rico, The Northern Mariana Island and the U.S. Virgin Islands.

As written, the federal law permits states to not observe DST, but the law must be changed in order for states to enact permanent DST — which is what Mississippi’s government is attempting.

House Bill 1062, passed Feb. 10, 2021, in the 2021 Regular Session of the Mississippi House of Representatives, received 116 yea votes — including support from Rep. Becky Currie and Rep. Vince Mangold of Brookhaven — and only one nay vote. Five representatives were absent or did not vote.

The bill passed the Senate on March 10 with 51 yea votes — including Sen. Jason Barrett of Brookhaven — and no nays. One senator was absent or did not vote.

The bill was sent to the desk of the governor and was signed by Gov. Tate Reeves on March 17.

Hyde-Smith said one reason DST should be maintained permanently is the disruption of agriculture by “upsetting the synergy between farmers’ schedules and their supply chain partners.”

If the 117th Congress approves the change to federal law in its upcoming regular session — tentatively scheduled to reconvene Jan. 6, 2022 — then Mississippi and every other state that has passed a Sunshine Protection Act will spring forward one final time on Sunday, March 13, and will no longer fall back off DST.

“I believe the Sunshine Protection Act would give us an immediate and long-term boost after a terrible pandemic year and a very dark winter,” Hyde-Smith said.

But some argue doing away with DST is the better option. One nonprofit, Save Standard Time, maintains that a shift to observing permanent standard time is more natural and does not require congressional approval.

“Clocks are not arbitrary,” reads a statement on the SST website. “Standard Time is an objective approximation of solar time, which is biologically entrained in our every living cell.”

The National Fire Protection Association recommends changing the batteries in smoke alarms every six months. Using the days of the beginning and ending of Daylight Saving Time is a good reminder time to change those batteries — even if homeowners think they may be fine. If the battery “chirps” prior to those dates, however, the device is warning that its battery power is dangerously low already.

The end of DST in November is also a good time to check space heaters or clean chimneys. A chimney that has not been in use for some time should be cleaned prior to the first use of the season. Check for restricted air supply and make sure wood is properly seasoned before use.

Space heaters should be cleaned of dust before plugging in or lighting them for the first time. If they are gas powered, a carbon monoxide detector is needed in the home, as well as adequate ventilation.

For electric heaters, check for frayed cords or damaged elements. Don’t run cords under rugs or furniture and plug directly into an outlet rather than using a power strip or extension cord.

Keep all heaters at least three feet away from anything that may be flammable, and make sure it is sitting on a solid, flat surface.

Homeowners can sleep better in that extra hour if they know their home heating sources are being safely used.