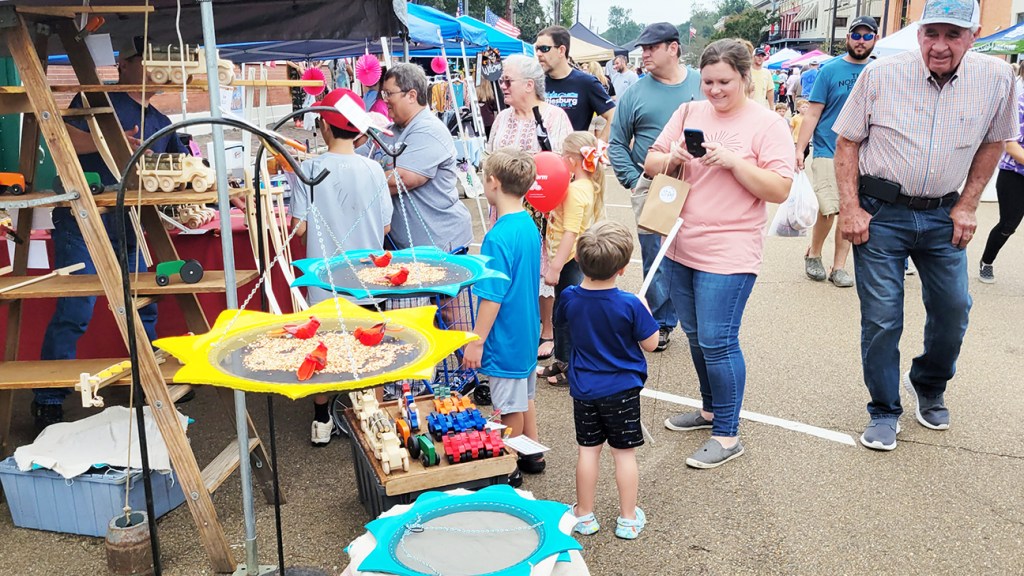 This year was also the first time the Kids Zone has sold old of the $10 arm bands, Combs said.

Though the festival was still short 20 or more vendors compared to previous years — possibly due to COVID concerns or supply chain issues — no major problems were encountered during the festival, the director said.

At the most recent meeting of the Brookhaven Board of Aldermen, Combs expressed thanks to Brookhaven Police Chief Kenneth Collins and Director of Public Works Keith Lewis for helping to ensure things ran smoothly during the event and “for all you do.”

The Christmas Open House will be Saturday, Nov. 13, from 8 a.m. until 5 p.m., Combs said, and roughly three dozen retailers are involved. The Chamber’s Junior Ambassadors will also be present at various retailers throughout the day. Combs also invited board members to be involved in the Dec. 2 Christmas Parade, adding that a grand marshal had been verbally agreed upon, but would not yet be named since it had not been finalized.

Combs, who also serves as Executive Director of the Industrial Development Foundation, updated the board on some of the recent and upcoming economic developments in the area.

Rex Lumber is moving forward with the construction of its wood pellet mill in Brookhaven Industrial Park. Southwest EPA is ready to progress on the build of its new offices in Linbrook Park as soon as environmental paperwork is completed.

“We should see progress there in the next couple of months,” Combs said.

American Industrial Transport (AITX) has closed on property and is advancing with its promise to create 75 jobs and invest $23 million in the economy, though Combs said he expects the numbers to be higher.

“They are hoping to complete the environmental process by the week of Christmas,” Combs said. “Their contractor anticipates major construction beginning in February. [The project] will take at least a year.”