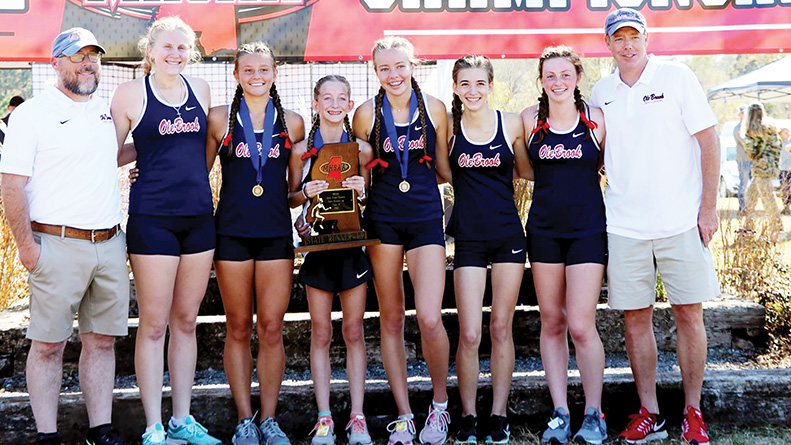 Saltillo, from Lee County, won a seventh-straight MHSAA 5A state title Monday — it was the 12th championship in 13 years for the school.

What Brookhaven did do though was finish as runners-up and in doing so, had three young athletes finish in the top 15 — a sign that BHS isn’t fading from the top of girls 5A cross country any time soon.

Seventh-grader Isabella Iles led BHS with a seventh-place finish as she clocked a time of 21 minutes and 37 seconds on the 5K course.

The race was won by Brooklyn Biancamano of Long Beach, one of the greatest distance runners in state history, with a time of 18:03 — over two minutes faster than her closest competitor, Mia Dawson of Lafayette High.

Freshman Annabelle Summers finished 10th overall for BHS with a time of 22:11.

Senior Ellie Slay, a longtime top runner for the BHS varsity program, finished in 14th with a time of 22:24. Following closely behind Slay was her freshman teammate Ella Thompson. Thompson was the 15th placed finisher with a time of 22:45.

Lafayette finished third overall behind BHS in the team standings.

BHS coach Shannon Knott praised the contribution of his seniors as the team got better throughout the season under their leadership.

“Those girls have played a big part in building our program,” said Knott.

Slay finished 17th overall as an eighth grader in 2017, the first time for BHS to finish as runners-up behind Saltillo. She was 13th overall the following year — another runner-up finish for Ole Brook.

As a sophomore, Slay finished 11th overall in the 5A state meet for another team that came in as runners-up.

“Ellie is definitely going to be missed,” said Knott. “I believe the future is very bright though with this next group that we’ve got coming up.”