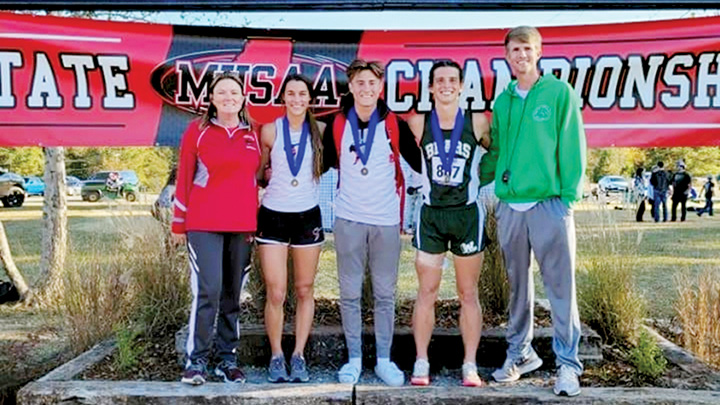 The Lincoln County School District was once again well represented Saturday at the MHSAA 2A Cross-Country State Championship Meet.

Senior Todd Michael Rodriquez of Loyd Star was the top local finisher in the boys’ race as he came in sixth overall with at time of 18 minutes and 38 seconds on the 5K course at Choctaw Trails.

As a team, Loyd Star and coach Michelle Case finished fifth overall out of 13 teams competing.

West Lincoln senior Chase Spring ended his decorated career with an eighth-place finish as he clocked in with a time of 18:44.

Gabe McElwain of Walnut High won first overall with a time of 17:06 as his school also took the team title.

Rodriquez transferred to Loyd Star this summer after previously running cross-country as Denham Springs High in Louisiana. He juggled running for the Hornets while also playing football for the region championship winning LS football team.

“Todd is the type that gives it everything he’s got,” said Case.

In the 2A girls’ race, Loyd Star senior Aubrey Britt saw her run of four straight championships come to an end as she finished fourth overall with a. time of 21:59.

Eliza McCarley, a seventh-grader from Baldwyn, won the race in 20:00.

“Aubrey Britt has always been a very dedicated, championship-level runner,” said Case. “No matter what place she’s running in, she always gave the last ounce of whatever she had left.”