To all veterans, I can’t say ‘Thanks’ enough 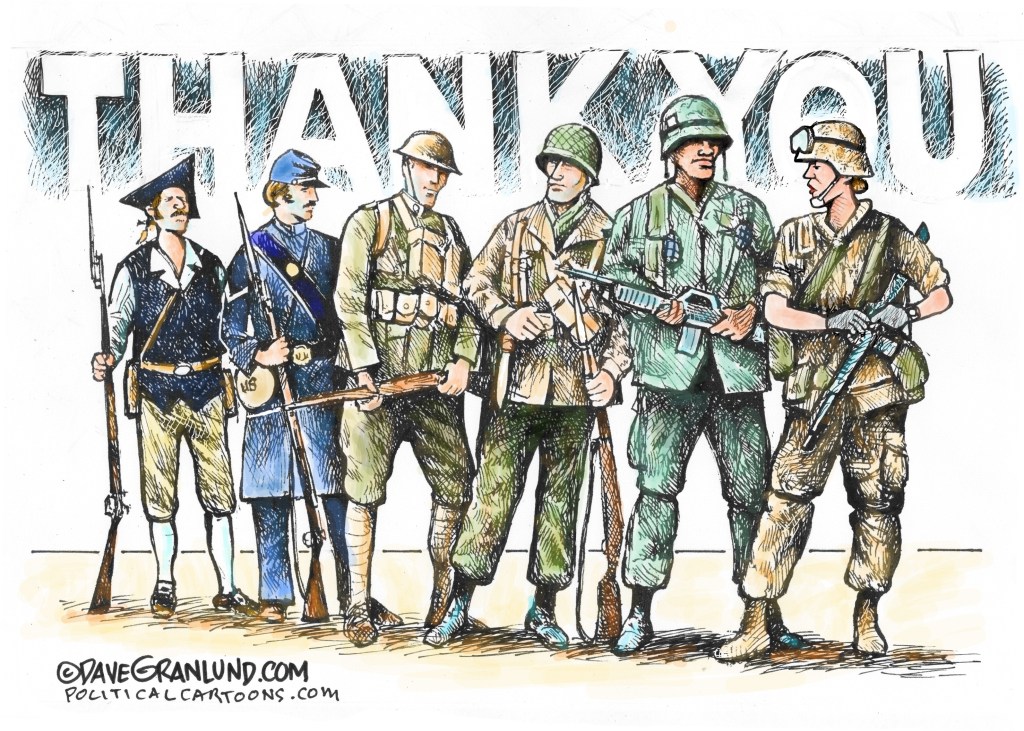 My great uncle jumped off the tractor and ran into the woods where he hid for the remainder of the day, until he could make it safely home under cover of darkness.

He was fleeing a plane flying high overhead, a crop duster or commercial passenger plane. But in his mind it was an enemy bomber or fighter and he knew he needed to get to safety. He was suffering shell shock from his time in combat during World War II.

A family friend woke with a start one night to find his hands gripped tightly around his wife’s throat. In his dreams he must have been defending himself against an enemy combatant in the jungles of Vietnam. He was a victim of post-traumatic stress disorder from the things he’d seen and experienced.

My friend starts shaking and becomes irritable and irrationally afraid, often with no provocation whatsoever. His dog understands what’s going on and often moves to comfort him before my friend even realizes what is happening.

The dog puts all his weight against his owner’s legs to keep him where he is and to help calm him down. My friend suffers from PTSD as a result of his time in the military in the Middle East and other locations.

Combat is a difficult, horrible thing. It is at times necessary, however.

Our family, friends, neighbors and community members who have sacrificed their day-to-day lives, their mental or emotional peace, portions of their bodies, and so very much more in service to our country deserve so much more than just our thanks.

But to them I am forever grateful. To my uncles and other family members who served, thank you. To my brother-in-law who was a Marine — correction, IS a Marine — thank you. To extended family and friends who served (and still serve) in the Army, Navy, Air Force, Corps or Coast Guard, I say thank you.

To those of you who tried to serve but were denied because of health or other circumstances, I thank you for your willingness to serve.

To my former father-in-law and my late father-in-law, both of whom served in the U.S. Army, I express my thanks. To you, Veteran, whoever you are, even if I never know your name, I say with a heartfelt smile, “Thank you.”