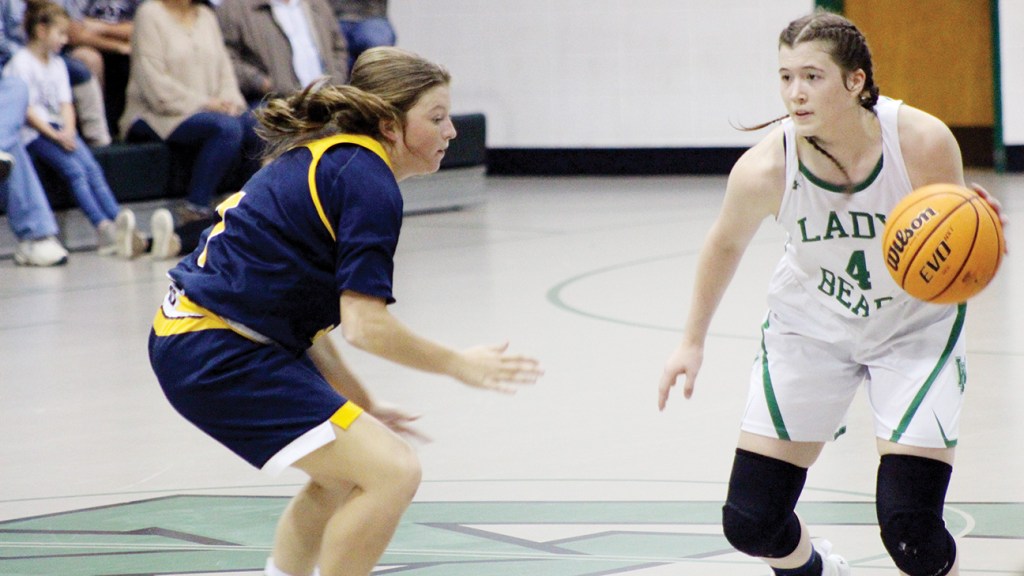 After dropping the season opener 54-50 at Franklin County and then losing 48-42 earlier in the week at North Pike, West Lincoln and first year head coach Alisa Adams were hungry for a win to start the season.

Thursday in front of a large home crowd, the Lady Bears consistently pulled ahead of the visitors from St. Joseph for a 44-31 victory in Jack Case Gymnasium.

Junior point guard Kara Beth Addison led the Lady Bears with a game high 20 points in the win. The 6-foot Addison didn’t come out of the game until two minutes remained and her team held a 17-point lead.

West Lincoln went 18-3 last season under then-head coach Brooks Smith, losing in the third round of the MHSAA 2A playoffs in a tough game 35-32 at Union High.

Adams comes to WL from Amite School Center and is a native of Hancock County where she played high school basketball before then playing point guard for two years at Southwest Mississippi C.C.

Three starters from last season including leading scorer Brittany Sturkey were lost to graduation, but Addison and her junior classmate Ta’Kyla Brothern are the leaders of a team that has no seniors.

Brothern added 10 points Thursday in the win over St. Joe.

Juniors Madilyn Case, Ramsey Hall and Mary Claire Johnson have stepped into the starting lineup after all coming off the bench last season. Fellow junior Mailey Kate Young is the top substitute this season and came in during the first half when Brothern picked up her second foul.

Former longtime Forest Hill girls’ coach Tommy Groves is the head man for St. Joe and the Lady Bruins were aggressive in guarding Addison from the tip.

St. Joe denied her the ball from the inbounds and would face-guard Addison even while she was 40-feet from the basket.

A driving layup to the right side of the lane by Addison gave West Lincoln a 9-7 lead in the first quarter, a lead that the Lady Bears would not relinquish.

Chloe Taylor was the only player from St. Joe (2-1) in double digits as she finished with 12 points.

Three games into the season and Adams says an improved focus on defense, especially in transition, is what she’s most pleased with from her team.

“We’re playing man-to-man defense which is something that is a change from them after mostly playing zone,” said Adams. “Communication is so important and that’s where I’m seeing us improve. We want to get back quick and then we want to transition into offense quick too.”

Addison is the tallest player on her team and often finds herself around the ball as a rebounder. Whenever the ball hit her hands on a defensive rebound Thursday, Adams was yelling from the sideline for the team to push the ball up the court before the St. Joe defense could get set up.

Until someone knocks them off, West Lincoln is the favorite in Region 7-2A again this season. The Lady Bears have won the last four region titles and are a combined 30-4 in regular season division games during that stretch.

Loyd Star has a veteran team that moved to 2-2 on the season Thursday with an overtime win against St. Andrew’s. They took West Lincoln to overtime last season in one meeting and finished as runners-up in the division.

Bogue Chitto is also a team that looks to contend with West Lincoln. The Lady Bobcats dropped a close 40-39 loss to Wesson Thursday.

Loyd Star will be the host of the Lincoln County Tournament that starts the week after Thanksgiving. Loyd Star and West Lincoln meet up on the opening night of games to be held on Tuesday, Nov. 30.