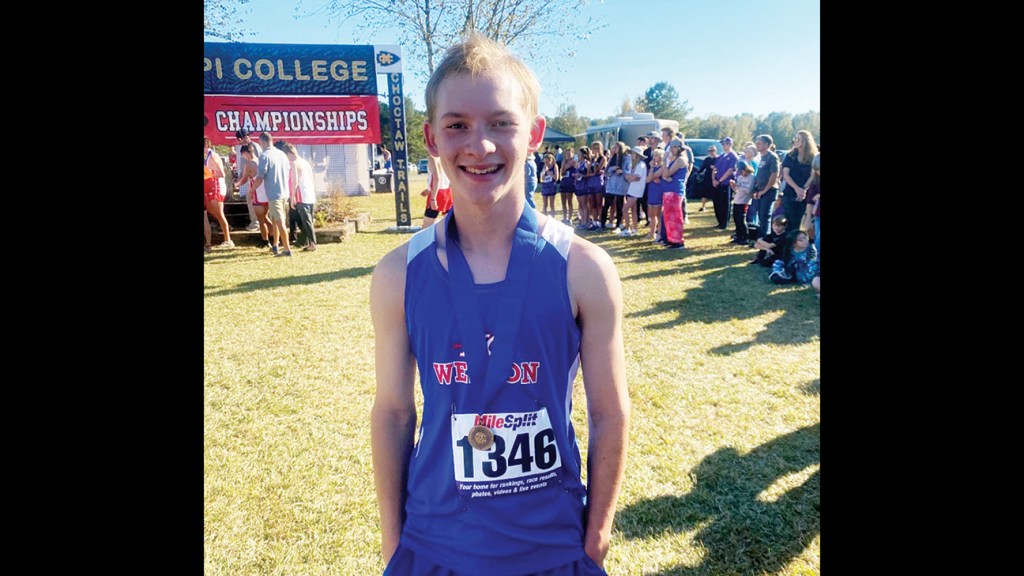 Wesson sophomore Preston Selman finished 14th overall in a field of 94 participants at the MHSAA 3A state cross-country meet last week. Selman finished the 5K course at Choctaw Trails in a time of 19 minutes and 27 seconds. Keegan Leverett of Saint Stanislaus won the race in time of 15:45 and St. Patrick won the team competition.

In the 3A girls race, Wesson was led by junior Hannah Meredith (24:49), who finished 32nd in the field of 73 runners. Wesson finished sixth out of nine teams as St. Andrew’s took first overall in the team competition.

County’s Rodriguez, Spring, Britt all run strong in 2A…