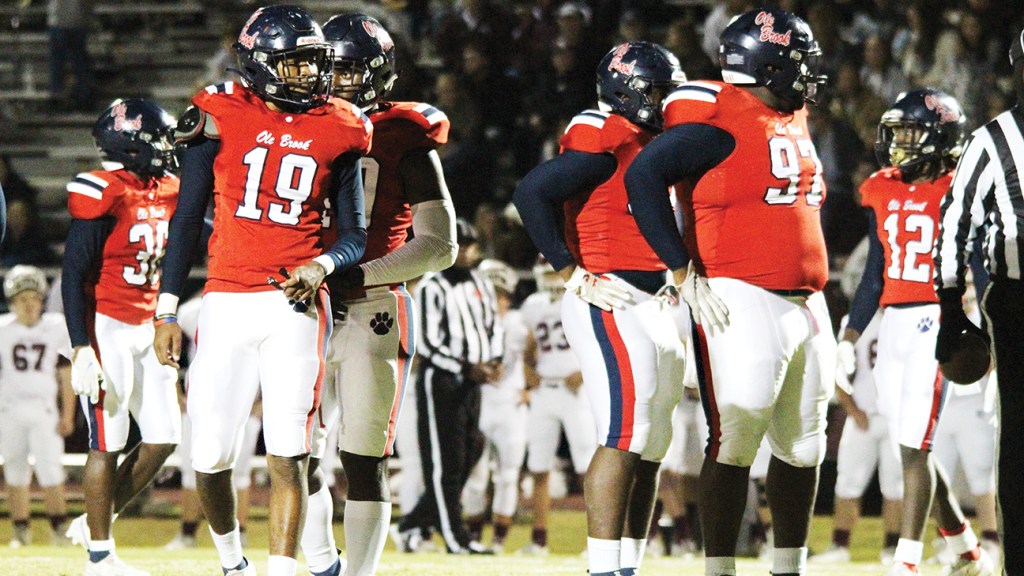 Photo by Cliff Furr The success of the Brookhaven High defense up front will be big for the Panthers Friday when they take on Picayune in the MHSAA 5A quarterfinals.

Fresh from a big win on King Field over East Central in the opening round of the MHSAA 5A playoffs, the Brookhaven High Panthers (7-3) are on the road Friday for a quarterfinal matchup in Pearl River County against the Picayune Maroon Tide (11-1).

It’s the fifth time for the schools to meet in the postseason as the last BHS win over Picayune came in a 1997 4A second round game on King Field.

In the 1997 matchup, both Picayune head coach Dodd Lee and then Brookhaven High head coach Greg Wall were in their respective second years at each school.

Wall left BHS after five years to take back the job he had before coming to Brookhaven as head coach at South Pike.

Lee ended up coaching Picayune for 24 seasons and won two state championship — in 2011 and 2013 — before retiring following the 2019 season.

Cody Stogner is in his second year as head coach at Picayune after previously working as the offensive coordinator for Lee.

Though the school has had a different boss for the last two seasons, one thing has stayed the same as it was under Lee — Picayune is going to run the football.

It’s a formula that produces some of the most prolific numbers posted by high school running backs year-in and year-out.

This season the bell-cow for the PHS offensive is junior running back Dante Dowdell.

Dowdell went for a season high 255 yards and four scores in a win against Vancleave and last week he rushed 27 times for 211 yards and one touchdown in a 35-13 win against Hattiesburg.

Sophomore Chris Davis is second on the team with 14 touchdowns in 2021 and scored three last week against Hattiesburg.

The Maroon Tide are going to line up with two-tight ends and a fullback in front of Dowdell. When quarterback Dawson Underwood makes a pitch to a running back, he then turns and hunts a player to block as PHS tries to overwhelm a defense at the point of attack.

Getting off blocks, controlling the middle of the line and pursuing the football with sure handed tackles will all be points of emphasis for the Ole Brook defense.

The lone loss this season for Picayune was a 27-13 defeat to 6A D’Iberville.

East Central is also a team that thrives on using a power rushing attack, but in the first round they found out that the BHS defense and coach Tucker Peavey have a difference maker in the middle.

Senior nose tackle Caleb Harris could not be blocked by the Hornet offensive line as he finished with 16 tackles, including one for a loss, while also causing a fumble for the Panthers.

Smith also picked off the first pass of his young career, an interception he returned for 37 yards.

Senior quarterback Dre Ross passed for 105 yards and two scores, on just four completions, in the win over EC. Both scores went to senior Javonta Stewart while senior Latavian Hill also had one catch for 14 yards.

Against East Central, Ross carried the ball 12 times for 166 yards and three touchdowns. Sophomore Xavier Gayten added 107 yards and a score on 15 rushes.