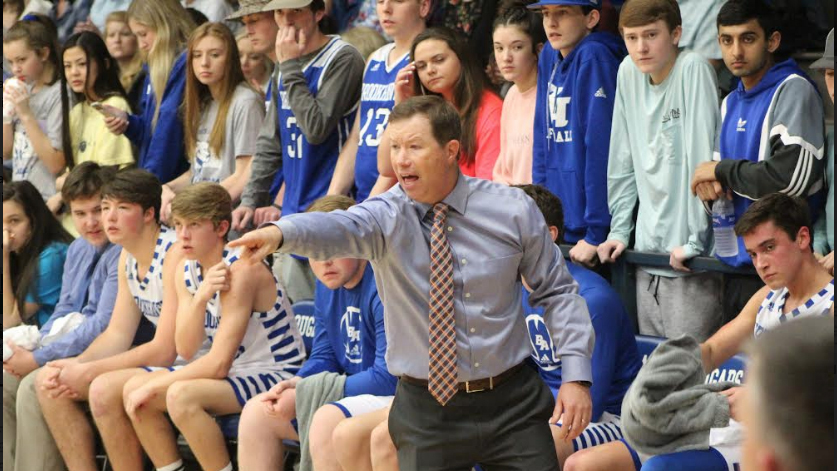 Both Brookhaven Academy and Lawrence County High school will host their traditional Thanksgiving week basketball tournaments as teams from all over south Mississippi meet up to play on Monday and Tuesday at the schools.

There will be breakfast basketball both days at Brookhaven Academy with the first game on Monday set to tip off at 10:45 a.m. as Jackson Academy and Cathedral School of Natchez meet in a girls’ matchup at that time followed by a boys’ game between the same schools at 12 p.m.

Copiah Academy and Silliman Institute will meet in the next two games as the girls’ contest begins at 1:15 p.m. and boys’ game is set for a 2:30 p.m. tip.

Adams County Christian School will meet Presbyterian Christian School in a pair of games as the girl’s contest starts at 3:45 p.m. and precedes a boys’ pairing of the same schools at 5 p.m.

The home team wraps the day up facing the Parklane Pioneers.

Parklane is coached by former Enterprise head coach Josh Bass and has 6-foot-10 junior center Jake Gazzo in the middle of its defense. Gazzo is also a talented pitcher who’s committed to play collegiately at Ole Miss.

The Tuesday slate of action starts at 10:45 a.m. with the Parklane girls meeting their counterparts from Copiah Academy. The same schools will play at 12 p.m. in the boys’ game.

Silliman Institute and Jackson Academy will meet as the girls’ contest starts at 1:15 p.m. and the boys’ matchup begins at 3:45 p.m.

Central Hinds Academy will meet Presbyterian Christian School at 3:45 p.m. in a girl’s matchup and the boy’s teams from both schools are set to play at 5 p.m.

Brookhaven Academy and Cathedral School will meet in the nightcap with the girls’ game starting at 6:15 p.m. and the boys contest beginning at 7:30 p.m.

The BA girls’ team and coach Ron Kessler are off to a hot start with just a close loss to MRA blotting their 7-1 record. Former long-time Lawrence County head girls coach Vicki Rutland is in her first year at Parklane Academy.

Action begins at 10 a.m. Monday at Lawrence County. The Wayne County girls play Crystal Springs at that time and will be followed by a boy’s matchup between the same schools at 11:30 a.m.

At 1 p.m. it’s the East Marion girls play Salem before a 2:30 p.m. game between the same two schools on the boy’s side. The Salem boys’ team is coached by Wesson alum Tanner Allen.

The 4 p.m. game is a meeting of the Tylertown and Brookhaven High girls’ teams and will precede a 5:30 p.m. meeting of the same schools’ boys’ teams.

In the last game of the day, coach Pat Bridges and his Cougars will take on Mount Olive at 8:30 p.m.

The schedule for Tuesday has Salem playing the first game of the day at 1 p.m. against McComb in girls and then facing Mount Olive at 2:30 p.m. in a boys’ game.

BHS and East Marion will tangle in two games with girls scheduled to start at 4 p.m., followed by the boys at 5:30 p.m.

LC is set to take on Wayne County in the finales with the girl’s game being played at 7 p.m. and the boys’ game scheduled to start at 8:30 p.m.