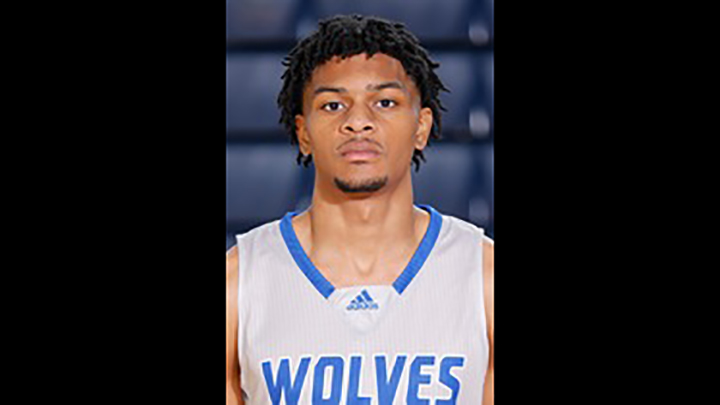 First year Copiah-Lincoln men’s basketball coach David Sanders and his team have been almost exclusively on the road thus far in the 2021-2022 season, but the Wolves will be back in Wesson to host East Central Monday, Nov. 22. The game will tip off at 2 p.m. in Mullen Gymnasium as the Wolves (1-4) look to give Sanders his first career win on their home court against the Warriors (2-2).

The Wolves lost by three at East Mississippi in the season opener and then by eight at Jones College later in the week.

The first win of the Sanders era came on Nov. 8 with a 7-point victory at Hinds CC in Utica.

CLCC lost 96-92 at Southern University-Shreveport last week and dropped a 94-88 overtime game in the home opener on Friday, Nov. 12.

Sophomore guard Trey Fort was named MACCC Player of the Week after the first two games of the season. Fort averaged 31.5 points and 5.0 rebounds per game during that time as he scored 37 in the opening loss at East Mississippi.

Fort is a transfer from the University of Tennessee-Martin who finished his prep career at Florence High after transferring from MRA. He scored 34 in the loss versus Southern-Shreveport.

Stampley is a Pearl River CC transfer who prepped at Natchez High.

A 6-foot-7 forward, Warnsley scored 24 points and bagged 12 rebounds in the win at Hinds.

Co-Lin only has three remaining men’s basketball games on the 2021 side of the schedule after they take on East Central.

On Monday, Nov. 29, Co-Lin will make the trip to Booneville to take on Northeast. MACCC conference play picks back up on Thursday, Dec. 2 with short road trip to play Southwest in Summit. The final game of the calendar year for the Wolves will be at home on Friday, Dec. 10. Tipoff for that game against Southern-Shreveport is scheduled for 4 p.m.

The MACCC is sticking with a schedule that has men’s and women’s teams from each school playing on the same night, but at a different location, in division play.

The Hinds set of games was part of that division portion of the schedule, but the games at EMCC and Jones College were considered non-league games.

Women’s head coach Gwyn Young and his team played a non-division game at Southwest on Thursday, Nov. 18 and saw the Bears get a 57-55 overtime win — snapping what had been a four-game win streak for CLLC.

The loss moves Young’s team to 4-2 on the season and makes Southwest 3-2.

Sophomore Aniya Sanders leads Co-Lin with a 14.2 points per game average. The Warren Central HS product is also pulling down 8.1 rebounds per game.

Sanders is the only player to average double figures in points though as the next highest scorer for Co-Lin is 5-foot-3 freshman guard Tandria Minor (Brandon HS) at 9.2 points per game.

After playing at Baton Rouge CC on Saturday, Co-Lin won’t have another women’s game until Monday, Nov. 29 when they host BRCC at 6 p.m.

Young’s team closes out the December portion of play by hosting Southwest at 6 p.m. on Dec. 2 and taking on Southern-Shreveport at 2 p.m. on Friday, Dec. 10 in Wesson.