Stop-and-go traffic issues presented to City Board of Aldermen 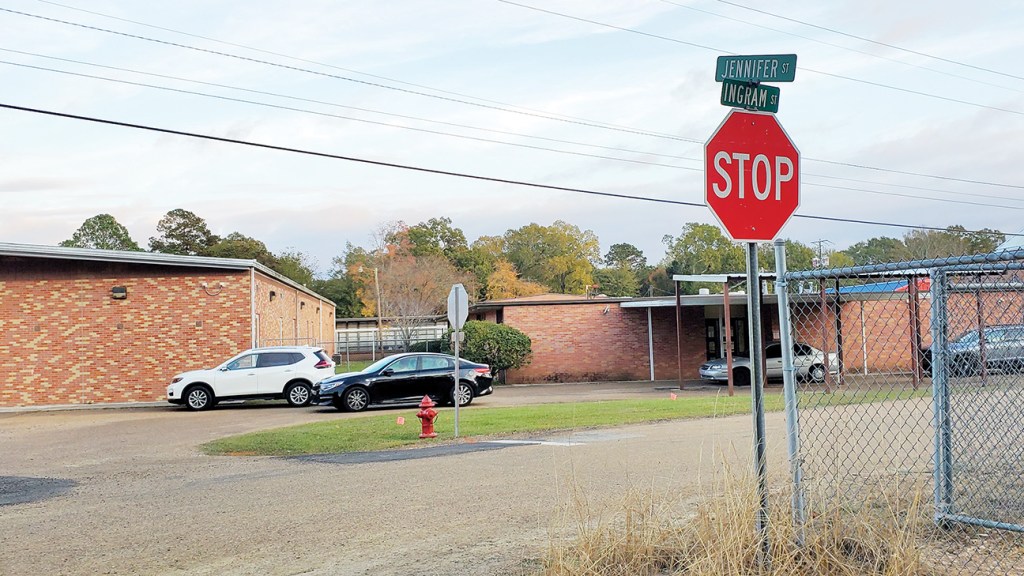 Photo by Brett Campbell The Brookhaven Board of Aldermen approved the addition of a stop sign to the intersection of Jennifer Street and Ingram Street by Mamie Martin Elementary School. The new sign will make the intersection into a four-way stop, including the entrance/exit of MME, and is expected to improve traffic flow quality.

Traffic issues were first on the agenda for the Brookhaven Board of Aldermen Tuesday.

Ryan Holmes of Dungan Engineering asked the board to approve adding a stop sign at the intersection of Ingram and Jennifer streets on the west edge of the Mamie Martin Elementary School campus.

“There is a traffic issue there at Mamie Martin with pick up and drop off,” Holmes said. “I think we need to add a stop sign.”

With a motion by Ward 6 Alderman Andre’ Spiller and a second from Magee, the board passed the request unanimously.

City engineer Mike McKenzie of WGK Engineers updated the board on work to upgrade traffic signal electronics on Brookway Boulevard. More than a decade ago, a traffic accident damaged a signal cabinet at the intersection of the boulevard and Hwy. 51, McKenzie said, which led to the intersection’s traffic signal — owned and controlled by Mississippi Department of Transportation — to be out of sync with the other traffic control signals on Brookhaven Boulevard, which are owned and operated by the city.

After years of talks and planning, a project to repair and/or replace electronics and other materials needed was put into motion.

“We had the plan to upgrade the guts of the signal cabinets on the boulevard,” McKenzie said. “Now it looks like we’ll need to replace the cabinets, as well.”

The work will fall within the anticipated amount of $1.75 million for the project, McKenzie said, and no funds would likely remain after the work is completed.

The engineer also told board members that the Meadowbrook drainage project was progressing well, including recent work of boring beneath Brookway Boulevard west of Brookhaven Street.

• Kevin Brown was hired in the Solid Waste Department as an equipment operator at $10.74 per hour, pending drug test and physical.

• The Brookhaven Fire Department October run report was received, showing 26 runs in the city and four runs outside the city.

• The board approved the contract agreement between the City and ER Assist Inc. Disaster Response and Recovery Services to administer the Hurricane Ida grant. Emergency Management Director Chris Reid was authorized as applicant agent.

• Bid advertising was approved for lawn maintenance at I-55 exit 42, and for municipal depository bids for calendar years of 2022 and 2023.

• The following pay requests were approved:

o Request No. 2 to Greenbriar Digging Services for work completed on the West Meadowbrook Sewer Improvements project in the amount of $79,324.96, with funds transferred from the Water/Sewer Reserve Account.

o Request No. 5 in the amount of $38,978.50 for work completed on Phase II of the Hangar Project, with fund transferred from the Airport Hangar Bond.