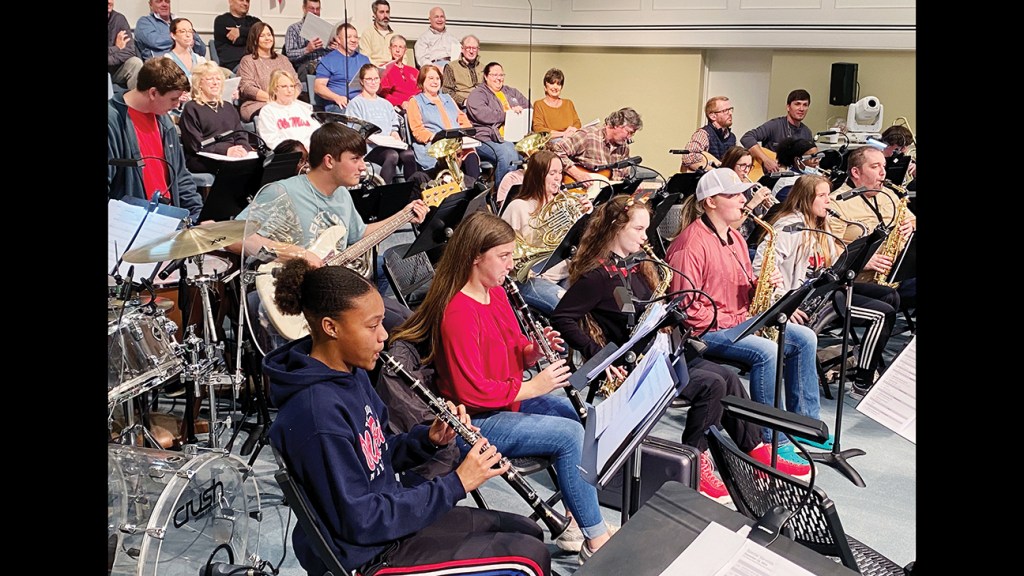 Eighteen teenagers will take their places on stage Sunday and help lead the community in singing traditional Christmas carols and hymns.

The high school student musicians will join the choir of First Baptist Church Brookhaven and its musicians to perform what FBC Associate Pastor of Worship and Media Nick Wolfe calls, simply, a Christmas Music Celebration.

Only three high schools in Lincoln County have band programs — Brookhaven, Bogue Chitto and Loyd Star. Wolfe reached out to the directors of each band and asked them to provide or recommend some upper classmen musicians who had the ability to play Christmas standards with minimal rehearsals.

“All three band directors are or were members of First Baptist,” Wolfe said. “Two are members now and one is now a worship leader at another church. They recruited for me.”

The worship minister said he wanted to do more traditional Christmas music, primarily hymns and carols people were familiar with and comfortable singing.

“About 75 percent of it is traditional Christmas music — eight songs — plus a couple of songs by the First Baptist choir,” Wolfe said. “I invite the public to come and sing with us.”

The interactive program will be presented twice — first at 10:45 a.m. and then again at 6:30 p.m. — in hopes that more people will be able to attend and participate.

Wolfe said he wanted local musicians to be involved in this year’s Christmas celebration, and especially have a focus on students from all the area band programs.

“I like to help develop musicians in our town. Most of these kids will stay here, or go and then come back,” he said. “They’re doing a good thing — it’s a community thing — and it’s really about the kids and their playing.”

COVID put a halt to most 2020 Christmas gatherings like the church’s annual program, with only small, subdued experiences for people. This year, Wolfe anticipates large crowds coming out, eager to celebrate the season once again together.

“People are wanting to do Christmas things,” he said. “If you’re looking for a place to come and hear or even sing Christmas songs, we’d love to have you.”